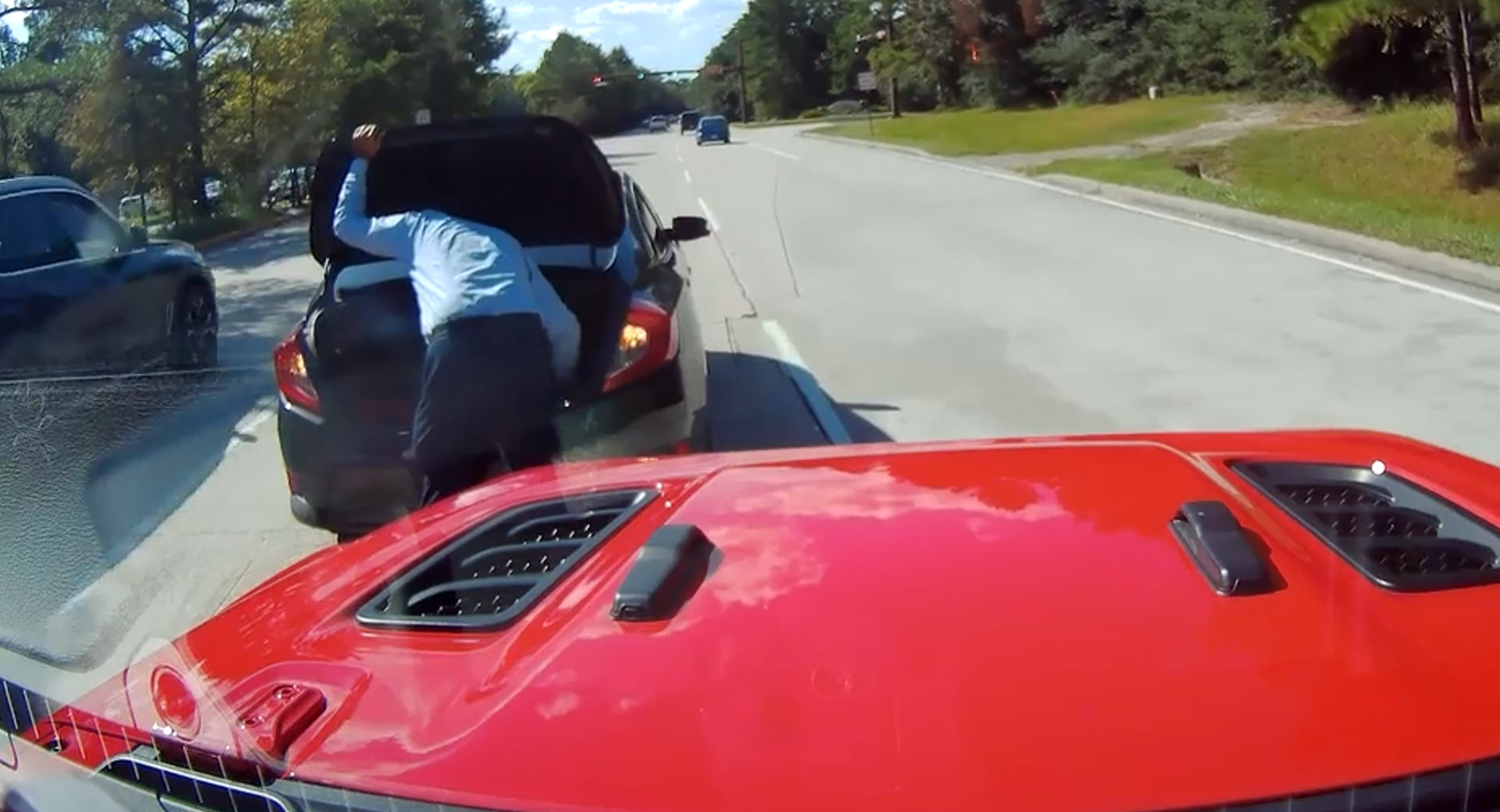 The following video was recently shared to Reddit’s IdiotsInCars subreddit and shows a man driving a Honda Civic doing something no one in his right mind would do.

This footage was captured by the dashcam of a red pickup truck and the incident happened somewhere in the U.S. earlier this year. Had things gone a little differently, the driver of the Civic could have been easily injured or even killed.

Initially, the red pickup can be seen traveling down the center lane of the road when the Civic suddenly pulls out in front. It wasn’t a particularly smart move but it didn’t cause any harm, so we’ll let it slide. The issue arises just a few moments later when the Civic driver hits their brakes and stops in the middle of the road, forcing the cammer to also brake heavily to avoid rear-ending the Honda.

Things then take a bizarre turn when the driver of the Civic flicks on his hazard lights, opens up the door and walks around to the rear of the car. He proceeds to pop open the trunk, shuffles something around, and then casually closes the trunk and gets back in the driver’s seat.

It’s bad enough to stop abruptly like that in the middle of the road without any reason at all, but proceeding to get out of your car to look at something in the trunk defies common sense. Had the cammer failed to brake in time, or been rear-ended and pushed forward, the driver of the Civic could have been crushed.