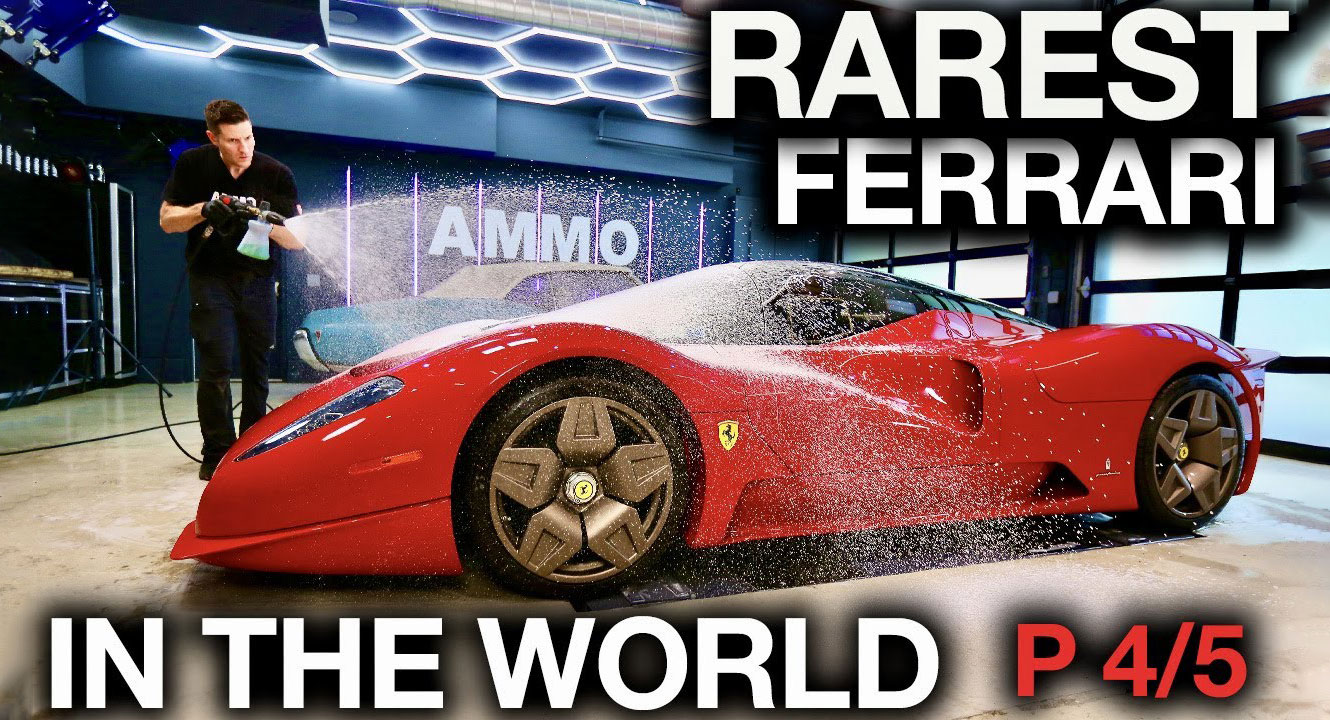 Ammo NYC has made a habit of detailing rare, unique, or otherwise interesting cars and showing you the process on YouTube. Their latest car might be the rarest yet, the Ferrari P4/5 by Pininfarina.

While there is certainly an inherent pleasure in watching an expert perform a process well, the video also gives us unprecedented access to the interior of a completely unique vehicle that we might not even have gotten if we had seen it live at Pebble Beach, where it was heading after this detailing session.

Designed by Pininfarina for James Glickenhaus, the exterior was inspired by Ferrari sports cars of the late 1960s such as the 330 P4. 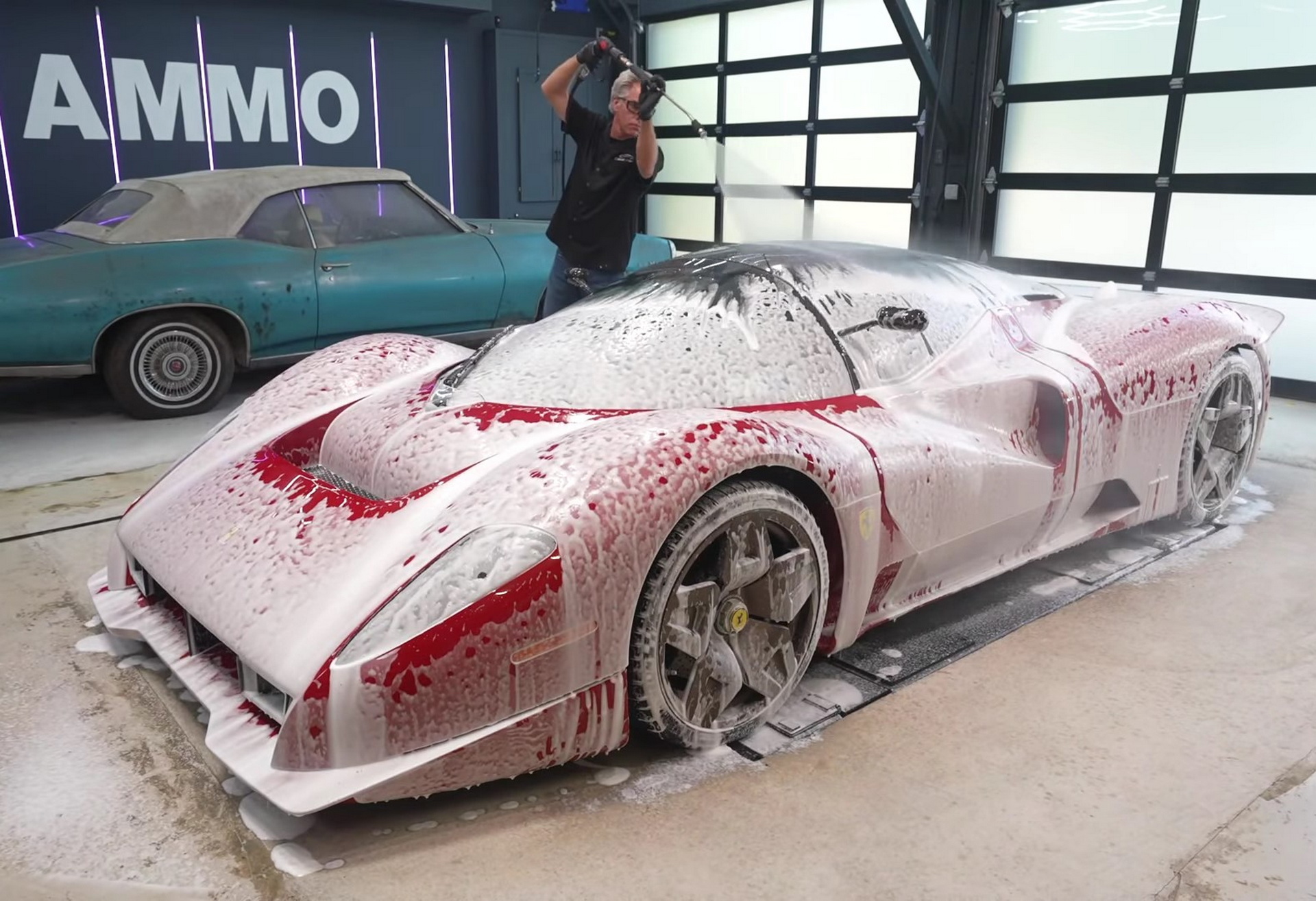 The only one-off Ferrari ever built without the automaker’s explicit knowledge, the car was the result of James Glickenhaus being asked what he would want if he could have anything in the world.

“Right away my dad said I’d build a P4 Ferrari, a modern P4 Ferrari on a new supercar chassis,” says Jesse Glickenhaus. “Originally it wasn’t necessarily going to be on an Enzo chassis, we looked at the MC-12, we looked at a bunch of actual pure racecar chassis, but we wanted to make it road legal, and the best way to make it road legal was starting with an existing road-legal car. And that’s the thing that sort of set us on the path to become a manufacturer. That question: ‘if you could build anything, what would you build?’”

Fortunately, even though this is a one-off, it gets used, as proven by the paint swirls that the detailing team charges itself with getting rid of. As host Larry Kosilla puts it, those swirls are evidence of a car that has been enjoyed.