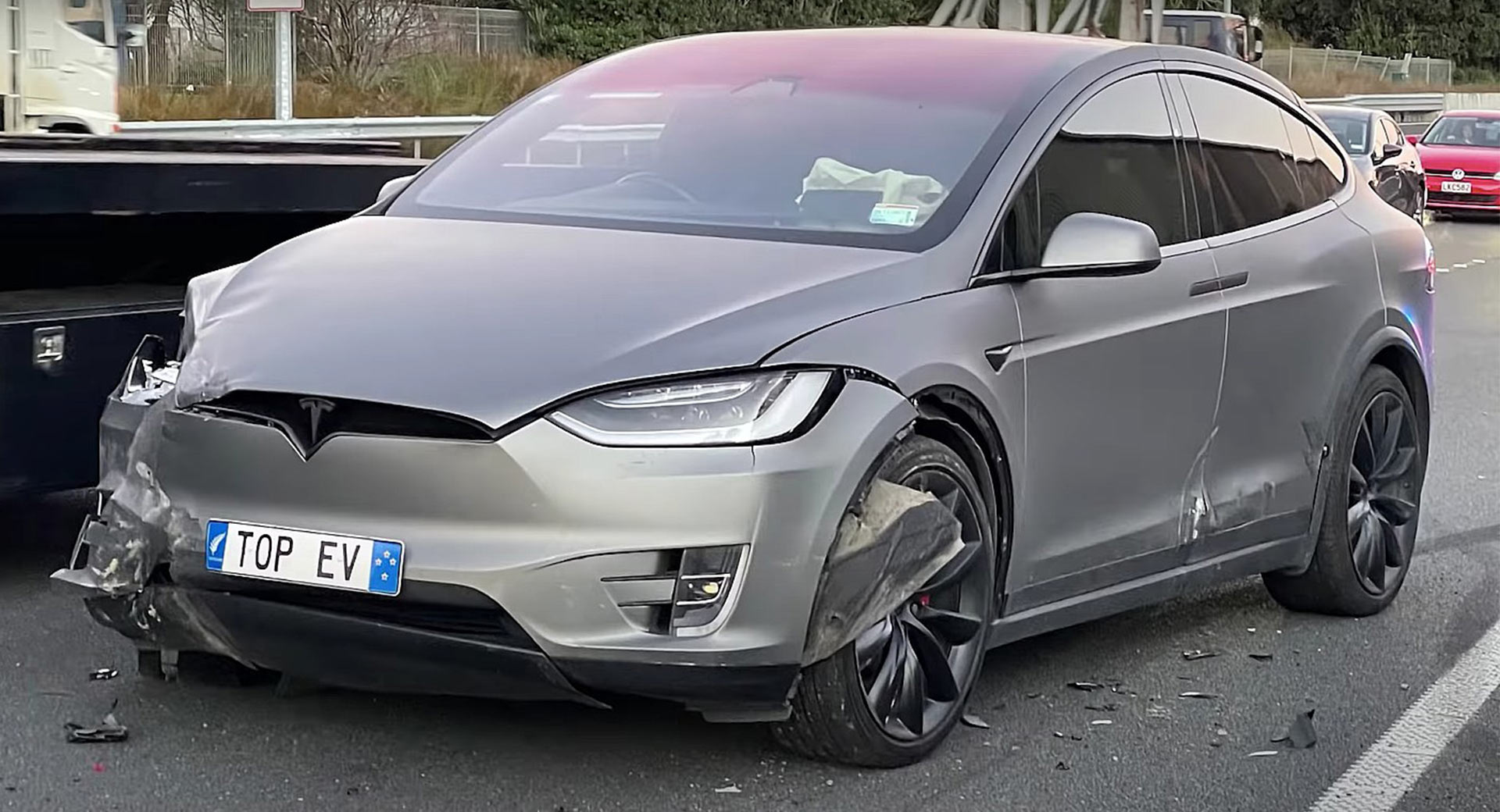 Dramatic dashcam footage out of New Zealand has captured the moment the driver of a Mitsubishi Galant slammed into a Tesla Model X owned by Geoff Gardiner in a horrifying and bizarre case of road rage.

The video shows the driver of the Model X passing the beaten-up Galant on a road near Auckland Airport. The driver of the Mitsubishi, for some reason, appears upset by this overtake and immediately cuts in behind the Tesla and starts tailgating.

It is reported that the driver of the Galant continued to tailgate the Model X for several miles before he overtook it, cut in front of it, and slammed on the brakes. The Tesla driver took this as an obvious sign that the Mitsubishi motorist was very angry and quickly accelerated away.

Despite trying to speed away from the Galant, the driver of the Model X came up to some slow-moving traffic, allowing the Mitsubishi to catch up. Once again, its driver pulled out in front of the Tesla and brake checked them before stopping in the middle of the road. The Tesla driver fled once again.

But that wasn’t the end of it as the driver of the Galant cranked things up a notch and sideswiped the Tesla before pulling directly in front of it, resulting in a heavy collision. The driver of the Mitsubishi proceeded to get out of his car and repeatedly banged on the doors and windows of the Tesla as the two cars sat on the side of the highway. Soon after, police arrived.

Remarkably, the owner of the Galant tried to claim that it was the driver of the Tesla who was at fault. Unfortunately for him, the front, side, and rear cameras of the Model X captured the entire saga and authorities arrested the man on the spot. It is reported that the Tesla suffered $45,000 worth of damage.