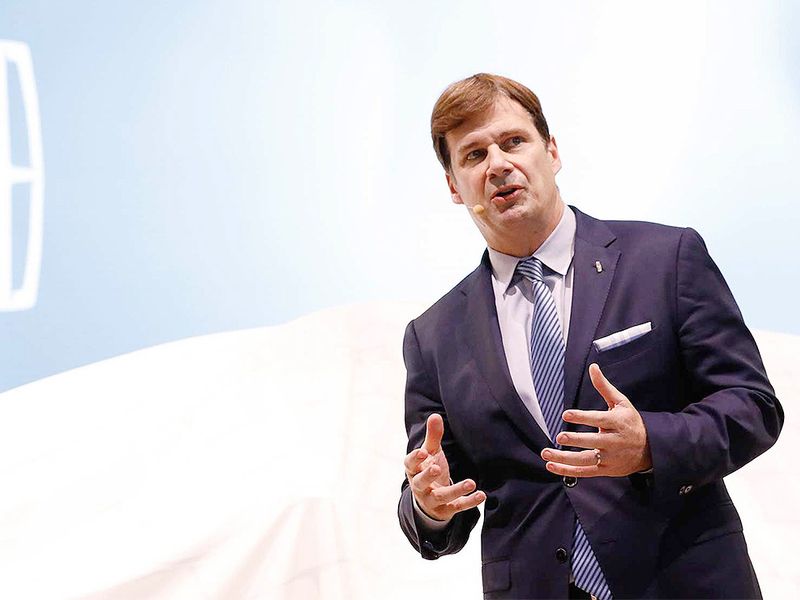 There’s much still to fix, including problematic launches of high-profile vehicles, money-losing overseas markets and slumping U.S. sales amid the coronavirus pandemic and global microchip shortage.

But Farley, 59, has changed the narrative surrounding the 118-year-old automaker by exciting Wall Street with a vision of profitable, electrified products and software services that generate recurring revenue to insulate Ford from the industry’s traditional ebbs and flows. He has reshaped Ford to emphasize commercial vehicles and technology development, elevating insiders to new roles and plucking talent from the likes of eBay and Apple.

“It’s been so long since we had a reasonable sense of confidence in Ford’s EV/AV/mobility strategy,” Adam Jonas, an analyst with Morgan Stanley, wrote in an investor note this month. “Still a ton of work to do. … However, we see the pieces coming together and the collection of human talent to turn the vision into execution.”

His top lieutenants describe Farley as intensely curious, willing to pick up the phone and call tech CEOs for perspectives from outside the industry. They say he’s obsessed with turning around the company’s automotive operations while simultaneously leading Ford through what he calls the “early innings” of the electric revolution.

He has restructured senior leadership meetings to be more collaborative, attempting to diagnose and solve problems with discussion across multiple business units. He devours news clips about Ford, its competitors and the tech world, texting or emailing links he finds interesting to other executives, sometimes well into the night.

“There’s a tone about the man,” said Ted Cannis, CEO of Ford Pro, the commercial-vehicle unit Farley created in May. “He’s high urgency and very focused on delivering results.”

Farley, who assumed the top job last October, was quick to put his stamp on the company.

On Day 1, he appointed Ford lifer John Law-ler CFO, replacing Amazon alumnus Tim Stone, as part of a modest executive shake-up and streamlining of operations. That same day, Farley unveiled a 10-point plan explaining his vision for the automaker to employees.

Since taking the helm, Farley has nearly tripled Ford’s investment in electric vehicles and decided to have the company make its own batteries, through a partnership with SK Innovation, rather than just buy them from suppliers as it previously had planned.

Wall Street has welcomed the changes. Ford shares have doubled over the past year to nearly $14, though they’re still a few dollars short of their value when Alan Mulally retired in 2014.

“We’re showing people we’re part of the future. I think that was a question,” Lawler told Automotive News. “We’re putting the proof points down. It’s all about the potential future value of the company and that’s coming through.”

Farley’s first year at the helm has not been without headaches.

While the microchip shortage has affected the entire industry, Ford has been hit especially hard, leaving many of its dealership lots effectively bare.

That’s because Ford cut back orders for chips, underestimating how quickly sales would bounce back after the early days of the coronavirus pandemic. It also relied heavily on Renesas, a chip supplier that in March suffered a fire at its main production facility.

Beyond that, Ford’s much-hyped Bronco has been delayed by quality issues blamed on roof supplier Webasto. The Mustang Mach-E crossover has had some early recalls, including one for windshields that could fly off on the road.

Lawler says Farley’s strategy around such issues is to be transparent and implement changes quickly.

“He takes a very pragmatic approach, like ‘Look, this is what’s going on, how can we best manage it?’ ” Lawler said.

Ford already has altered how it will source semiconductors in the future. It worked closely with Webasto to identify the cause of the Bronco roof issue and has offered disgruntled owners gifts and discounts on future purchases.

Andrew Frick, Ford’s vice president of U.S. and Canada sales, said Farley often gives his teams room to handle production snags or other issues but will step in to ask, “How can I help you do your job better?”

In most cases, Frick said, Farley tries to keep the company focused on his longer-term plans.

“We’ve not cut back any investments for our future because of what we’re facing in the short run,” he said. “Jim’s been very principled on that.”

Dealers say Farley prioritizes their concerns and has shared more about the company’s plans than his predecessor, Jim Hackett.

Even before his CEO tenure started, Farley was the first executive to call Rhett Ricart, a longtime Ford dealer and then-chairman of the National Automobile Dealers Association, when the coronavirus pandemic began in March 2020 to ask about the state of the industry’s retail network.

Ricart said Farley remained in touch throughout the early days of the pandemic.

“I’d get texts at, like, 2 o’clock in the morning asking about this or that, PPP money, or dealerships closing down,” Ricart said. “He was totally connected thinking about the dealers.”

Randall Reed, CEO of the eight-store World Class Automotive Group, said he had long advocated for Farley to run Ford because of his industry knowledge and relationship with dealers. Farley last month attended the grand opening of Reed’s Planet Lincoln Dallas Love Field location, taking time to admire classic cars displayed over six floors and meeting with a small group of dealers to discuss the company’s direction.

“He connects better than anybody I’ve ever been associated with other than Alan Mulally,” Reed said. “He can speak dealer-ese.”

“There’s a new energy at Ford that I haven’t seen in 40 years,” Ricart said. “He’s got an esprit de corps he’s built in that company.”