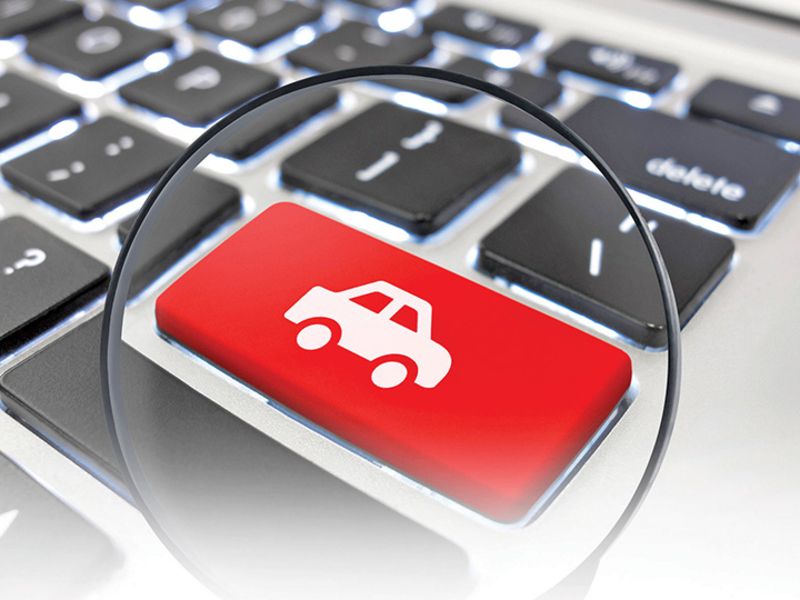 As a result, “end-to-end” retail selling and financing, performed entirely online, are now available at hundreds of dealerships and climbing.

Before last year, what most dealerships considered “online selling” was mostly collecting leads on the Web. At some point before delivery, pretty much all customers had to switch to doing business in person at the dealership, especially to get financing there and to get paperwork signed. No longer.

“There are experts out there who say COVID accelerated online adoption by 10 to 15 years in our industry,” said Heath Byrd, CFO of retailer Sonic Automotive.

“It also accelerated giving the consumer more optionality as to how they get the car,” such as home delivery, he told Shift.

Since the pandemic began, the big, publicly traded franchised dealership groups are all rolling out branded, online sales platforms.

The most prominent online brands, with the splashiest ambitions to go nationwide, are Clicklane, at Asbury Automotive Group; and Driveway, at Lithia Motors; plus EchoPark, the standalone, used-only sales channel at Sonic, which relies heavily on its online sales platform.

AutoNation’s omnichannel brand is AutoNation Express. Group 1 Automotive’s online retail platform is called AcceleRide. And Penske Automotive Group in July announced a partnership with Cox Automotive to enable the online sale of used vehicles in the U.S. through Penske’s CarShop used-vehicle centers and its franchised dealerships.

Without a robust online retailing channel, it’s been difficult for the public groups to create truly nationwide brands. Brick-and-mortar dealerships are still highly fragmented in terms of ownership, even after 25 years of gradual consolidation under public and private megadealer chains. According to Lithia’s investor presentation in July, no single U.S. dealership chain represents more than 1.5 percent market share.

A key limiting factor is that the factories control how many new-car franchises a single owner can have for a given brand, and in what locations.

Meanwhile, online selling isn’t tied to a single brick-and-mortar dealership or even a local handful of dealerships. Online, megadealer groups can — and do — market and sell new and used vehicles outside their geographic footprints, making all of their inventory available for review, regardless of where the customer is located.

At the same time, because of the current inventory shortage, customers are shopping online for vehicles farther from home than ever before.

In the second quarter, Lithia’s average delivery distance via Driveway was 940 miles, said CEO Bryan DeBoer. That’s up from 740 miles in the first quarter.

“I think with the scarcity of vehicles, there are definitely consumers that are more apt to turn to the Internet to find inventory just because there is just a massive shortage,” DeBoer said in a July conference call.

George Hines, chief innovation and technology officer for Lithia and Driveway, said in a separate phone interview that Driveway divides the country into six regions. It charges customers a shipping fee from $295 within the same region, to $695 between adjoining regions, to $1,295 between regions that are not adjoining.

A factor motivating the public groups to develop nationwide online used-car sales channels is that unlike with new vehicles, there’s no factory limit to how many used-car locations a franchised, new-car ownership structure can have. In addition, margins are higher on used vehicles than on new ones.

Sonic’s EchoPark is used-only. So is Penske’s CarShop. Driveway offers new and used, but its sales ratio of used to new is about 5.5-to-1, vs. 1-to-1 for brick-and-mortar Lithia dealerships, the company said.

Sales for Asbury’s Clicklane in the second quarter were the exception, with 54 percent being new vehicles, CEO David Hult said in a conference call.

How these companies are executing their online strategies varies.

Sonic’s EchoPark, for instance, has no plans to offer service. That keeps the investment in new EchoPark locations low. And it plans to enter markets where Sonic has no brick-and-mortar dealerships. In contrast, Lithia won’t promote its Driveway channel outside the footprint of its physical dealerships. Service retention at the Lithia new-car dealership network is a central part of the Driveway concept, even if the customer makes their purchase entirely online.

Martin Jenns, senior vice president of global transformation at Assurant Global Automotive, says research shows most customers want an omnichannel approach that lets them switch back and forth between online and in person. Assurant Inc., of New York, is a service contract provider.

“Despite a willingness to engage in the process of purchasing a vehicle online, they want to complete the transaction at the dealership 80 percent to 85 percent of the time,” Jenns said.

Successful dealerships are picking and choosing which online technologies to use — a popular one is text messages to communicate with service customers — without necessarily adopting every innovation that comes along, she said.

“It’s all about being flexible and figuring out what pieces work for your dealership,” she said.

What the “thrivers” have in common is that they offer customers a lot of digital options; they respond to customer preferences for communications, such as the use of text messages; they maximize the use of data, such as finding out which other vehicles a customer has researched; and they invest in staff, Wittman said.

“Some dealers are using some pieces,” she said. “It’s not all or nothing.”