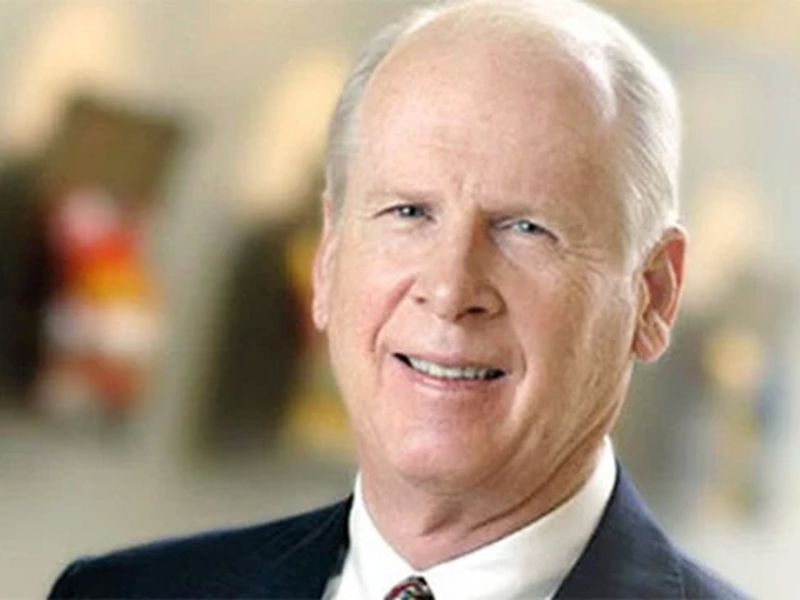 Lawyers for Bob Brockman say the ailing former CEO of Reynolds and Reynolds Co. is unable to assist in his defense against federal tax evasion charges.

But prosecutors are skeptical about those claims, writing in court filings that despite a diagnosis indicative of Parkinson’s disease or Lewy body dementia, Brockman continued at the helm of the privately held dealership management system giant until after he was criminally charged nearly a year ago.

The case against Brockman, 80, is on the cusp of determining whether he is competent to stand trial. A federal judge on Friday, Sept. 10, delayed a competency hearing that had been scheduled to begin Monday, Sept. 13, instead scheduling a status conference for Monday to discuss details of the hearing.

“The judge’s overriding burden is to make sure that the system gets a fair trial, which means we don’t prosecute the sick. But if he can assist in his own defense and he can participate in the trial and he knows right from wrong, then the United States public is entitled to a fair trial,” said Frank Agostino, president of Agostino & Associates, a law firm in Hackensack, N.J., that handles tax cases.

“You can’t evade millions or billions of dollars without criminal consequence,” said Agostino, a former lawyer for the IRS and former special assistant U.S. attorney in Newark, N.J., with a focus on criminal tax offenses. “So the judge has to decide: What’s right for the man and what’s right for society? That’s the toughest thing that a judge has to do.”

The court’s ruling on competency will determine whether Brockman goes to trial on 39 federal counts, including tax evasion, wire fraud, money laundering and evidence tampering. He was indicted in October 2020 in what federal prosecutors say was a scheme lasting two decades to evade taxes on $2 billion in income. Prosecutors also allege Brockman defrauded investors in Reynolds and Reynolds’ debt. He has pleaded not guilty.

Brockman’s lawyers did not respond to messages seeking comment for this report. The U.S. Department of Justice declined to comment.

Automotive News spoke with four lawyers who have worked as prosecutors and/or defense attorneys, including on federal criminal and tax cases, about the issues weighed in competency proceedings. Here’s where the case stood late last week.

The question of Brockman’s competency only addresses whether he can understand and assist with the case in order for it to proceed to trial, experts told Automotive News. It does not determine whether he was competent at the time of the alleged offenses.

According to U.S. code, a competency hearing is allowed “if there is reasonable cause to believe that the defendant may presently be suffering from a mental disease or defect rendering him mentally incompetent to the extent that he is unable to understand the nature and consequences of the proceedings against him or to assist properly in his defense.”

The statute requires a judge to determine whether a defendant is incompetent “by a preponderance of the evidence.”

Brian Hayes, a partner at the Holland & Knight law firm in Chicago and former chief of the criminal division for the U.S. Attorney’s Office for the Northern District of Illinois, said the “preponderance of the evidence” standard is akin to “more likely than not,” or “51 percent versus 49 percent.”

“It’s very different from beyond a reasonable doubt,” Hayes said, citing the standard used to obtain a criminal conviction.

“The judge will sift through this carefully, I’m sure, and will want to come up with a sound, reasoned opinion as to why he went one way or the other,” he said. “And as long as the judge does that, the courts of appeal are pretty deferential to a well-reasoned record from the trial court judge.”

Brockman’s lawyers first raised the issue of competency last December. In a court filing, they wrote that Brockman first referenced a loss of smell and memory problems in May 2017, followed by consultations with physicians and specialists in 2018 and 2019 that resulted in a determination that his symptoms were consistent with Parkinson’s disease or Lewy body dementia. Brockman’s dementia was assessed as mild to moderate, according to court filings.

His lawyers cited the progressive nature of his illness and doctors’ evaluations that Brockman had trouble processing and retaining information in requesting a competency hearing. “He will believe that the information that he is providing is correct, but it will be the result of distortions in how his brain is functioning,” his attorneys wrote in a motion seeking a competency hearing.

In court filings in December, prosecutors wrote that the appearance of symptoms aligned with key dates of the criminal investigation and that Brockman’s continued work as CEO of Reynolds and Reynolds after his diagnosis conflicts with his lawyers’ claims of impairment.

In April, U.S. District Judge George Hanks Jr. agreed to delay until September a competency hearing set for June after Brockman was hospitalized in March. In a filing Aug. 27, his lawyers wrote that Brockman again was admitted to the hospital for 12 days in May and June for a urinary tract infection, sepsis and delirium and that he had surgery under general anesthesia in late June.

In recent weeks, Brockman’s lawyers have asked Hanks to exclude testimony from the government’s competency experts and appoint “genuine neutral experts,” contending that the government’s experts “acted as partisan examiners.” Prosecutors responded in an Aug. 20 court filing that the defense is seeking to delay competency proceedings. They contend that the experts’ appointment was transparent.

Prosecutors wrote in the Aug. 20 court filing that “all of the government’s experts found defendant competent, and two of them diagnosed malingering,” or feigning illness.

Lawyers who spoke with Automotive News said that generally, if a defendant is found to be competent, the case can proceed toward trial.

If a defendant is found to be incompetent, the case does not immediately end, experts said. If a court determines a defendant cannot assist in his or her defense, the statute specifies that the defendant will enter the custody of the attorney general for hospitalization and treatment “to determine whether there is a substantial probability that in the foreseeable future he will attain the capacity to permit the proceedings to go forward.”

The law outlines a process that would be followed in that instance.

Barbara McQuade, a professor at the University of Michigan Law School and a former U.S attorney for the Eastern District of Michigan, said that a finding of incompetence following a hearing does not mean that a defendant could not become competent later.

Additionally, she said, the stringent legal standard required to prove mental incompetence makes it difficult for someone to fake.

Lawrence Feld, a New York-based defense lawyer and adjunct professor at New York Law School and a former assistant U.S. attorney in the Southern District of New York’s criminal division, said that the judge “will give the parties latitude in presenting the evidence that supports their respective positions.”

“He’ll listen to all the evidence, he’ll read the reports and, ultimately, he will make a decision,” said Feld, who co-authored a treatise, Tax Fraud & Evasion. “But it’s going to be a decision that’s going to very closely depend upon his analysis of the facts and whether there’s a real basis to conclude that Mr. Brockman is unable to stand trial. It’s a tough decision.”