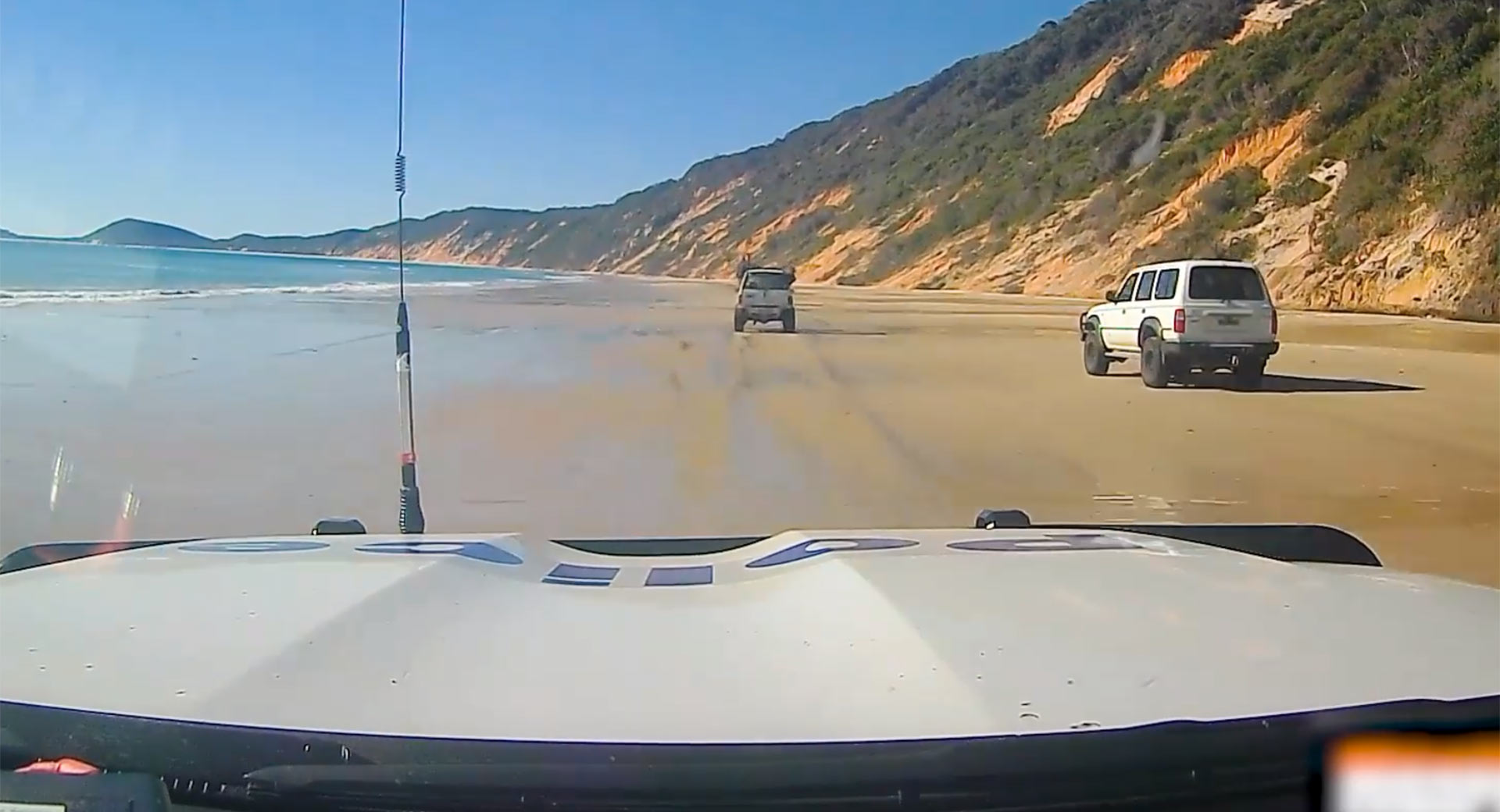 Driving on a beach is heaps of fun but a number of motorists in Queensland, Australia recently discovered that you may not do as you please.

On Saturday, July 17, police received a number of complaints of hooning at Teewah beach. They discovered a makeshift drag strip that had been set up during low tide and found witches’ hats and glow sticks that formed a course that motorists were driving through. Police returned to the beach on Saturday night and issued Notices to Appear (in court) for drink driving, driving without due care, and attention and speeding offenses for a number of motorists.

Police returned to Teewah on Sunday, July 18 and dashcam video from an officer shows the driver and passenger of a Suzuki driving the off-roader through the sand while sitting on the window sills. The driver said he and his passenger were simply trying to get a good photo but that didn’t wash over well with the police officer who issued him with a Notice to Appear for dangerous operation of a vehicle, which is a criminal offense. He was also issued with a Traffic Infringement Notice for failing to wear a seat belt.

Read Also: Speeding BMW Driver Tells Aussie Cops He Thought He Was On A Race Track

Throughout the course of the weekend, police also received reports of three vehicle rollovers but fortunately, no one was injured.

“Hooning on beaches not only puts the occupants of the vehicle at risk of serious injury, but also the lives of innocent campers,” Gympie Patrol Inspector Pat Swindells said in a statement. “Families have the right to enjoy our local beaches without fear of anti-social behaviour or vehicles being driven at unnecessary speeds. Police will continue to be out in force over coming weekends targeting hooning and will not hesitate to take necessary action against repeat offenders.”