BMW’s M8 Gran Coupe is, along with the rest of the 8-Series range, about to drive off into the sunset, albeit so the German automaker can replace it with a facelifted version of the same thing. Which makes this a good time to talk about the seven months I spent testing the outgoing version for the UK’s Car Magazine.

In case you need a reminder, the M8 Gran Coupe takes the V8, all-wheel drive heart of the M5 sedan, and drops it into the more soulful four-door 8-Series GC shell. That sounded like a pretty appealing prospect to us, and there was plenty to like, but a few things we’d improve, too.

The M5 Wishes It Was This Cool 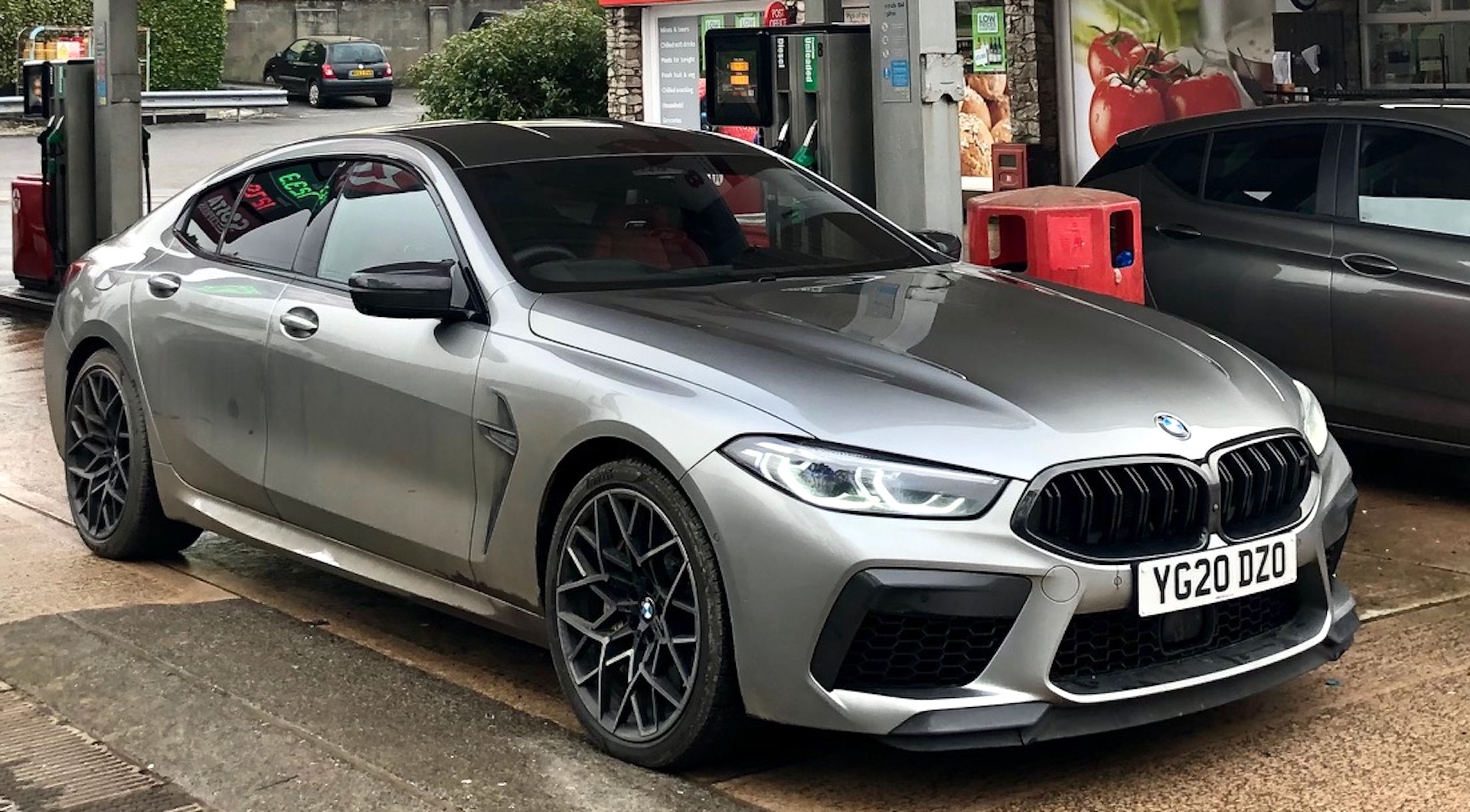 I get it, stealthy is the BMW M5’s USP. Always has been. But I often find myself wishing it had a bit more Audi RS-style swagger about it. With its cool coupe roofline, frameless glass and muscular rear end, the M8 definitely delivers on looking like a $100,000 car in the way the M5 doesn’t. 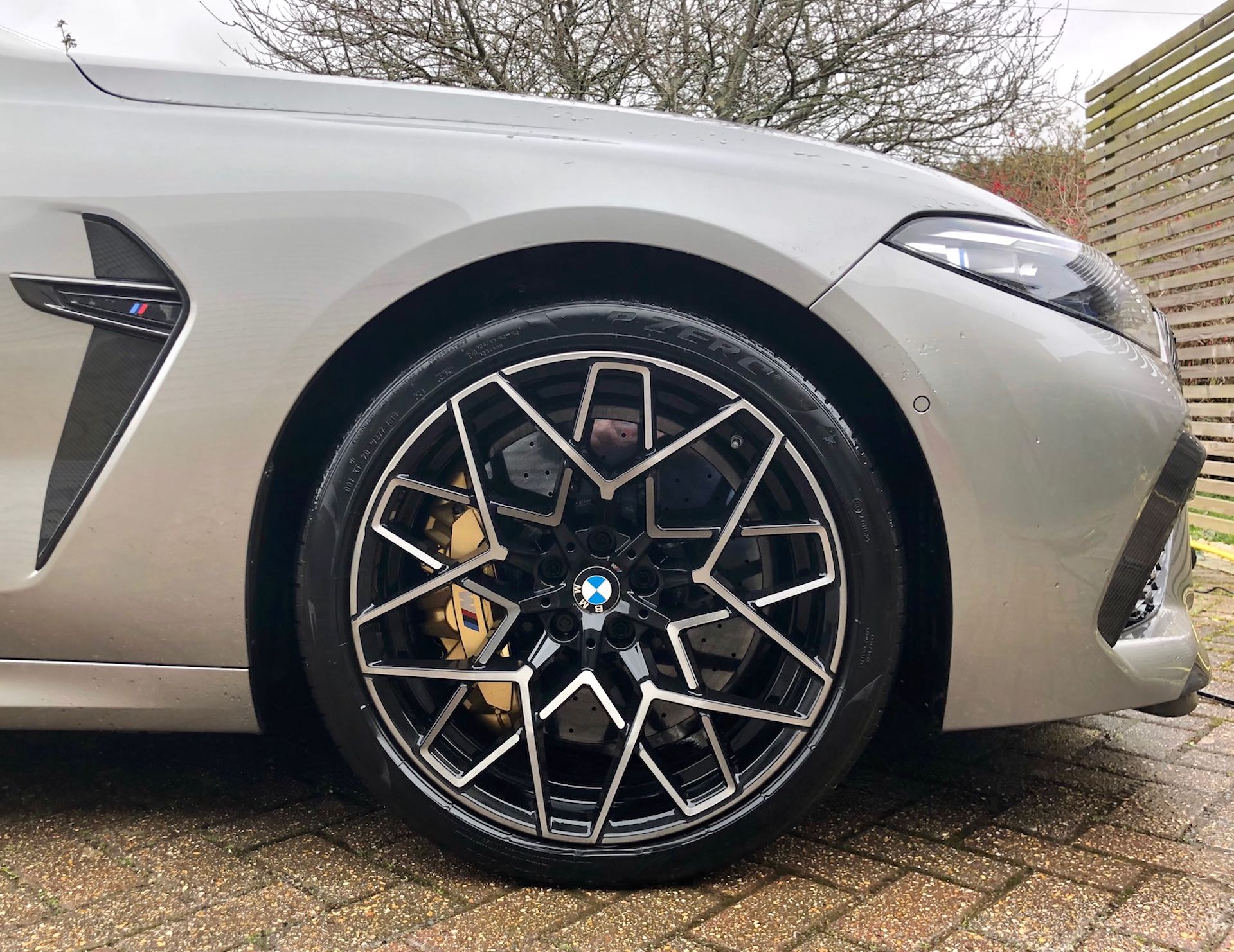 Also: Hardcore BMW M8 Spied, Is It A CSL Variant?

The only problem is, it’s actually a $130,000 car (£123,950 in the UK), and technically our M8 cost the equivalent of almost $200,000 because it came loaded with the £20,000 ($28k) UK-market Ultimate Pack that includes carbon brakes, carbon exterior trim, Bowers and Wilkins Hi-Fi and other goodies. People often commented at fuel stations and parking areas on how great it looked, but most were shocked to discover how much it cost.

It Looks Best From the Back 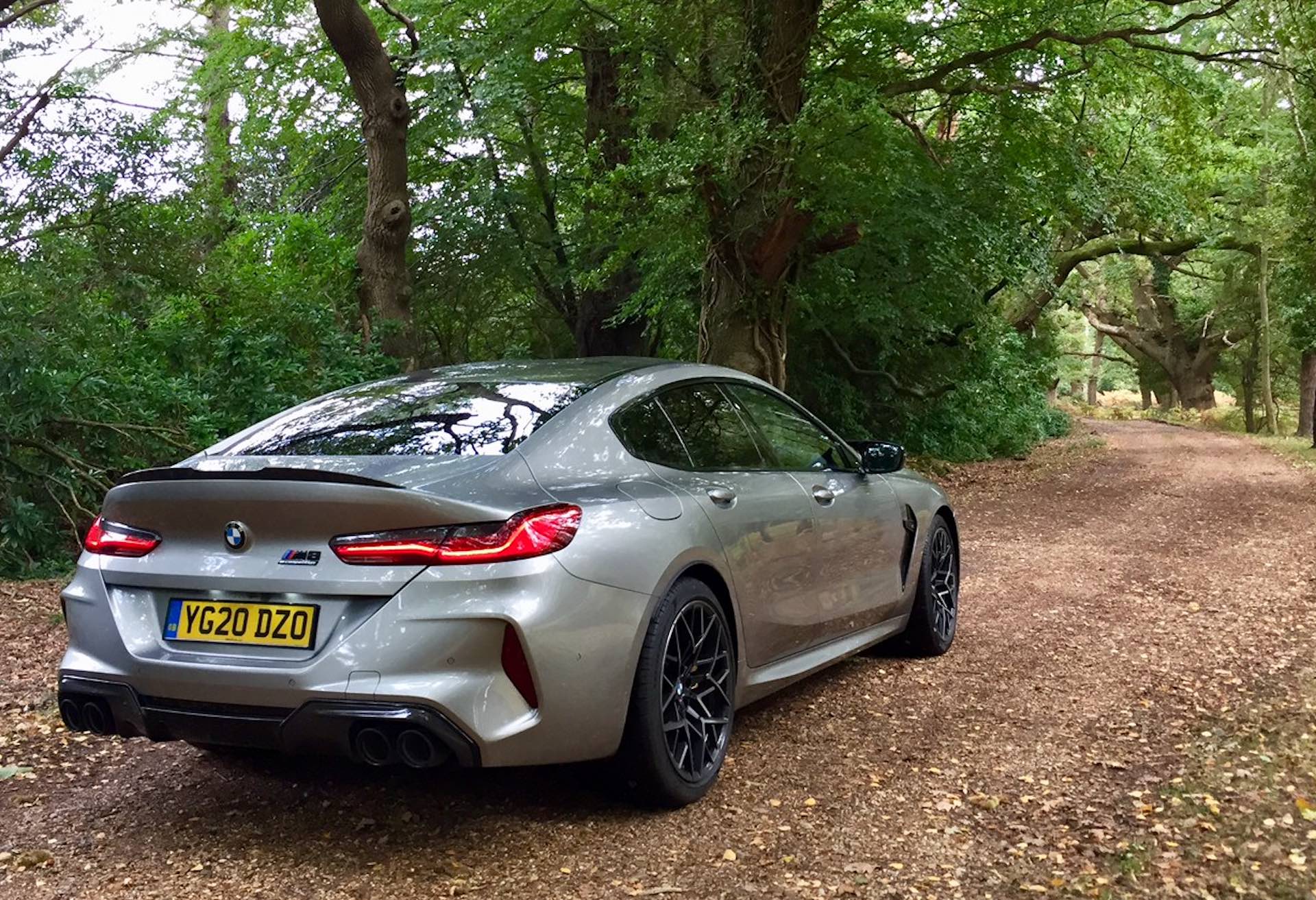 I know this because of all the hundreds of pictures I took of it, I seem to have only taken two from the front. Mind you, it has a nice face, but it’s so much more interesting from the rear-three quarter, when it looks like a big cat primed and ready to explode into action and every bit as dramatic as a Porsche 911.

Scratch That, It Looks Best From In Here 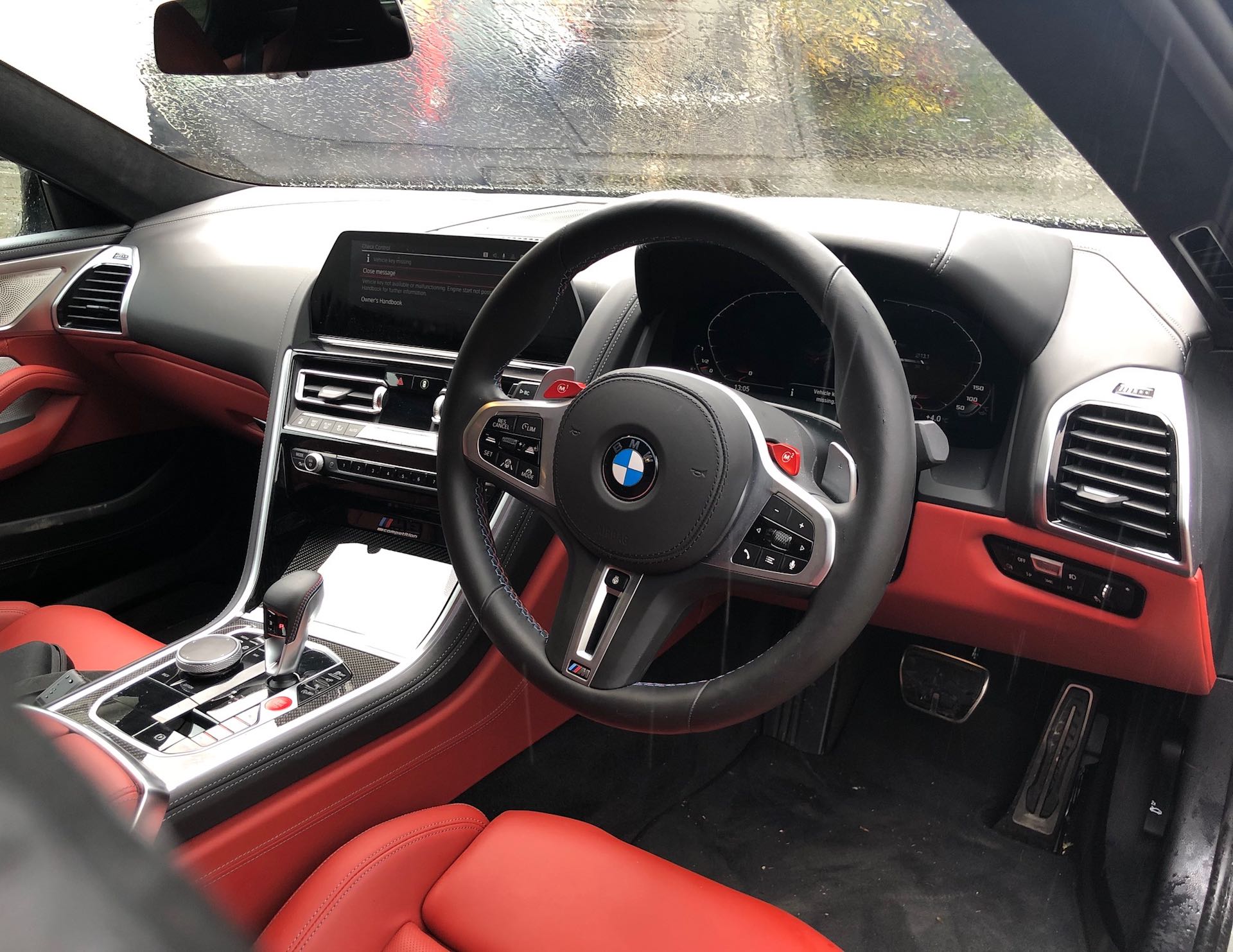 I love the build quality and logical layout of BMW interiors, but in the most part they’re seriously boring to look at. Not the M8’s, though. Our car came with striking red leather upholstery that made me imagine it as some kind of teutonic Bentley, and the illuminated M8 badges in the seatbacks looked great at night, as did the lit door speakers behind the classy metal grilles. 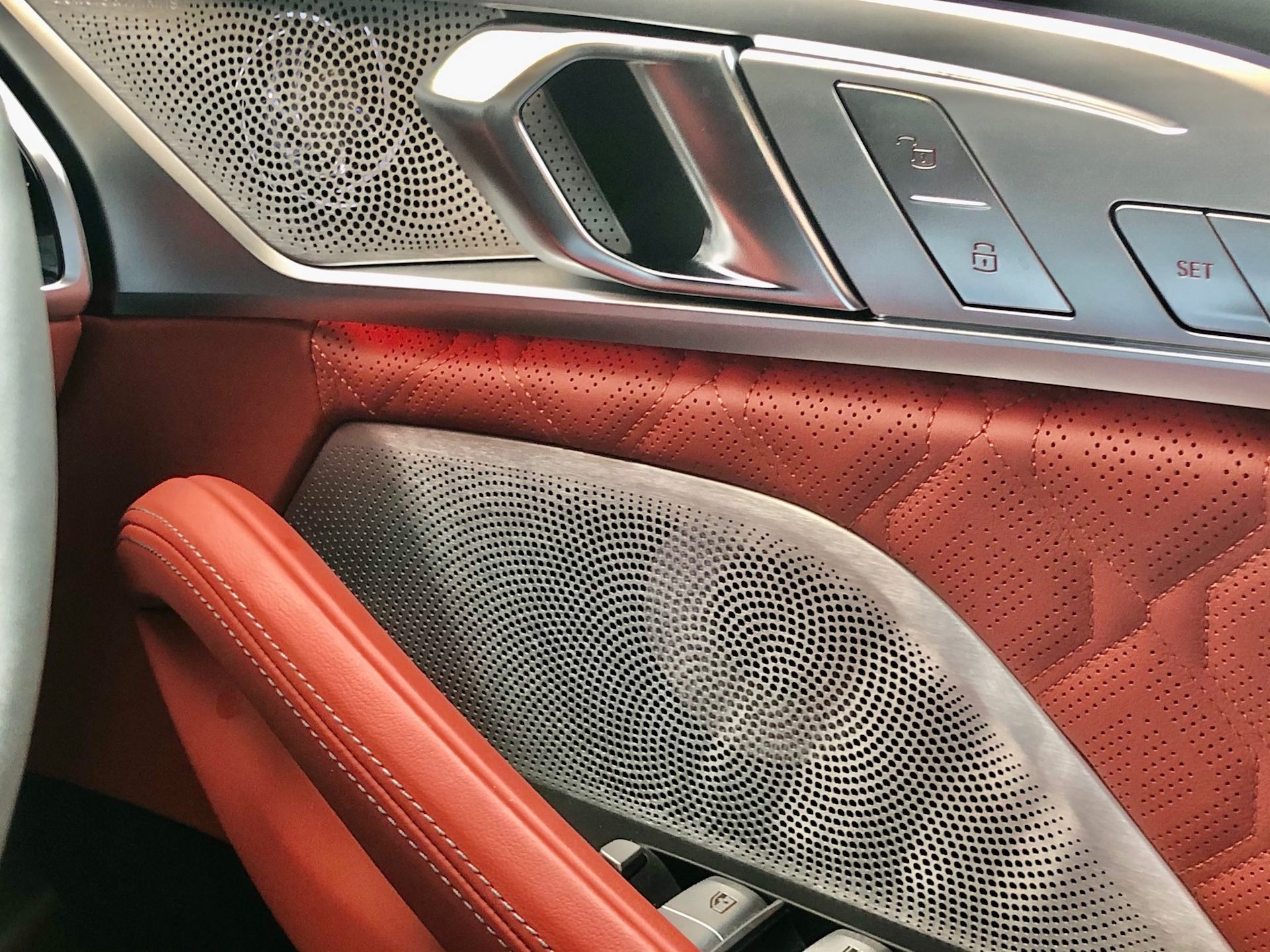 The Alcantara headlining adds to the sense of luxury, and the quality of materials throughout was as good as you’d expect from a BMW, apart from an annoyingly squeaky lid covering the phone charger.

iDrive Is Still A Better Way Than A Pure Touchscreen 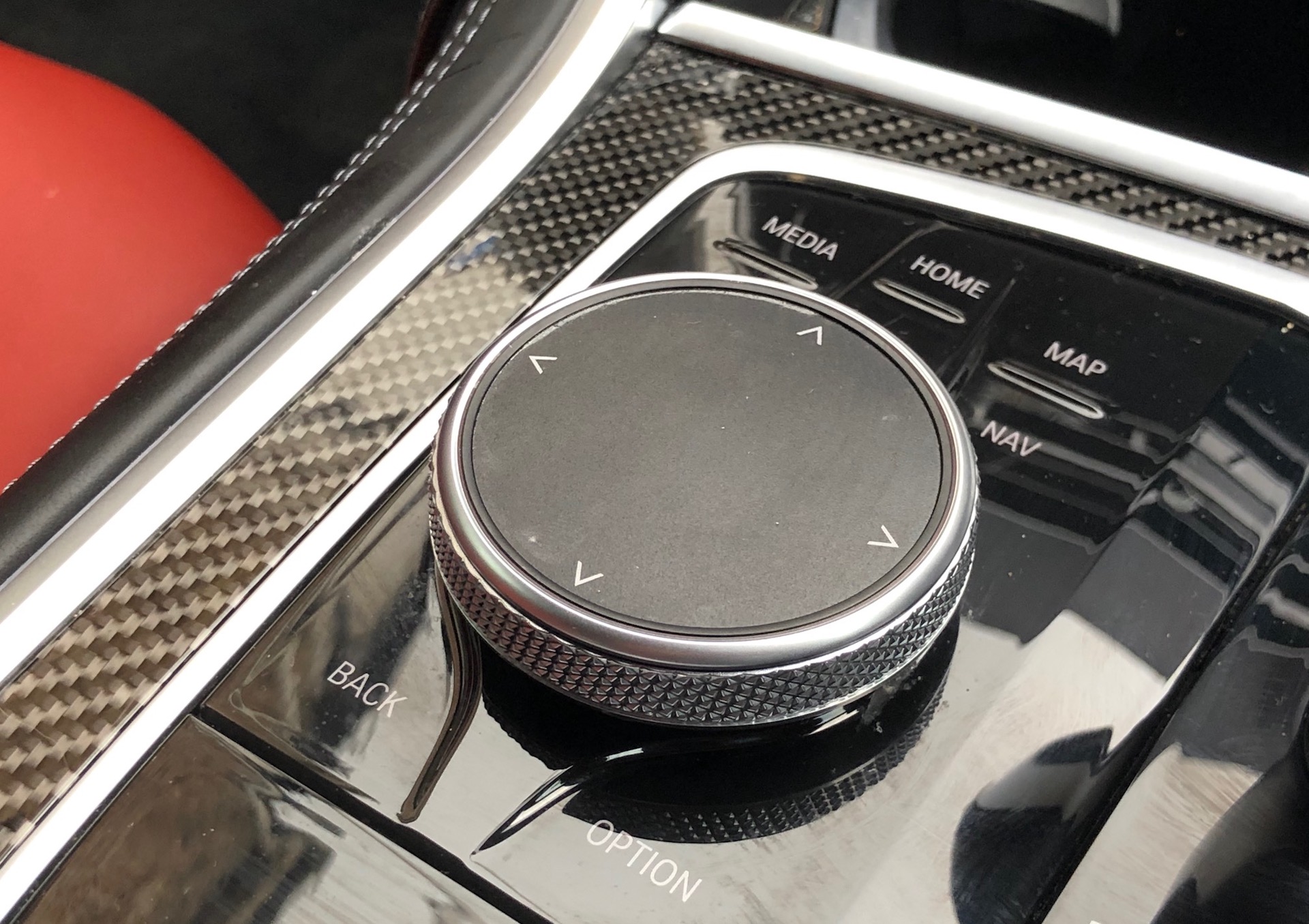 Did you ever experience the first ever iDrive in an early E65 7-series? Trying to select one of too many possible options by nudging the scroll wheel without getting the wrong one was like playing Hasbro’s Operation. But that was 20 years ago. The facelifted M8 will have BMW’s latest version of iDrive as seen in the iX and i4, but I still think the combination of a wheel (useful for zooming in and out of maps and keeping your eyes on the road) and touchscreen (for everything else) is much better than a pure touchscreen system, especially one with no haptic feedback. 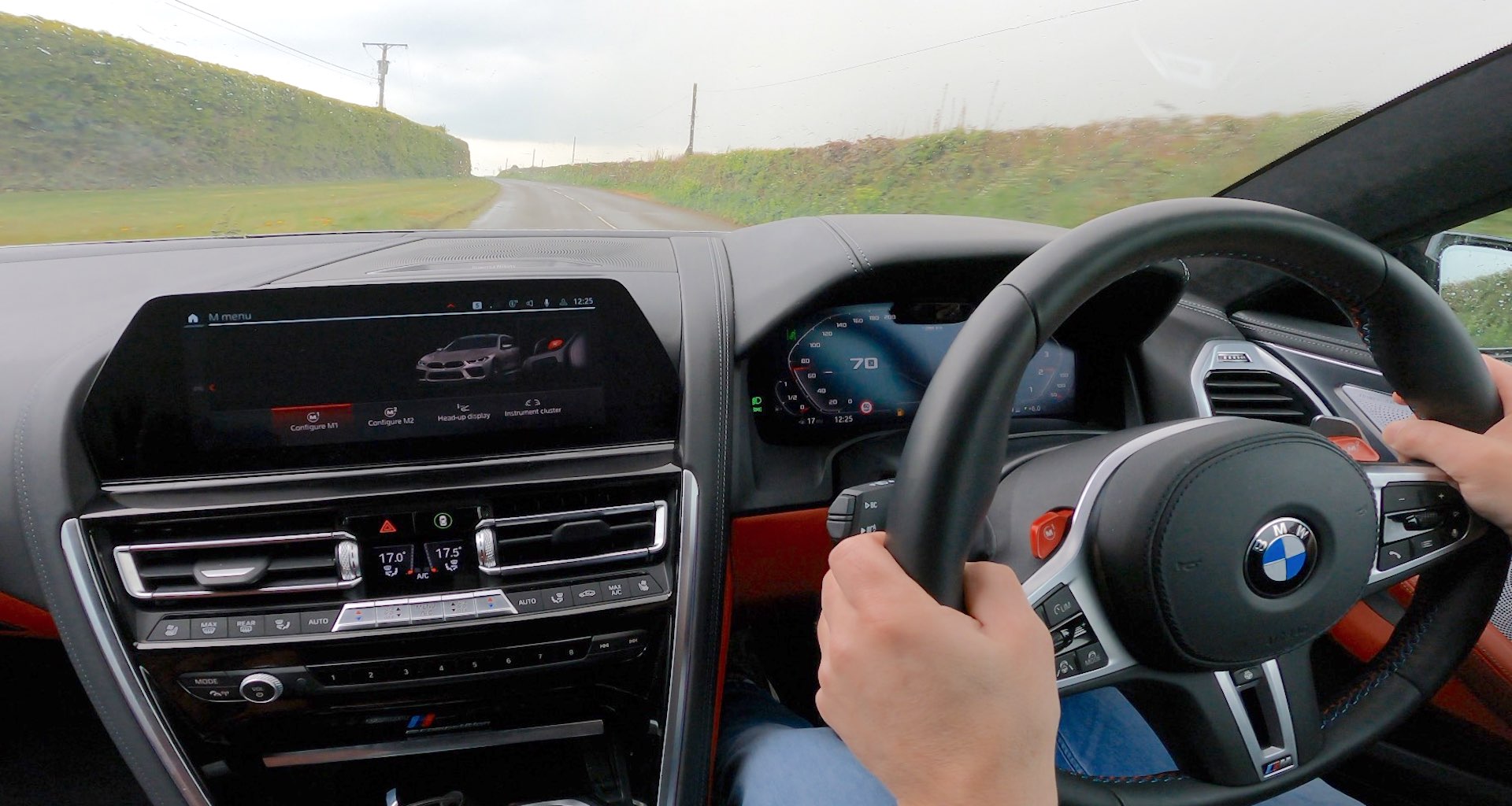 It’s a shame that having got that bit so right, BMW made the row of physical buttons below the screen so tiny. Particularly, the ones for the temperature control, which would be better as a rotary dial anyway.

The Engine Is A Monster 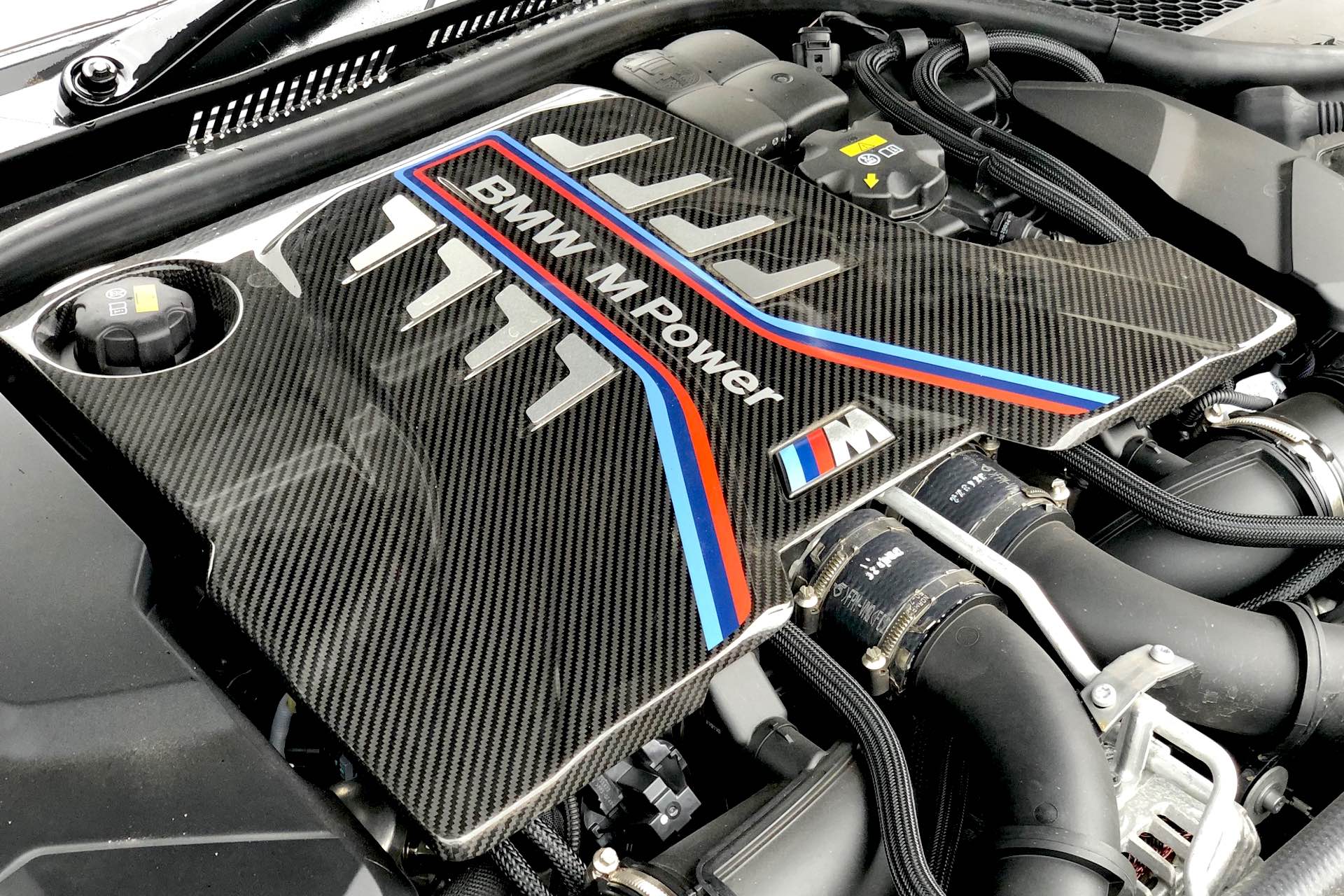 Selectable AWD Is A Gift For Part-Time Hooligans 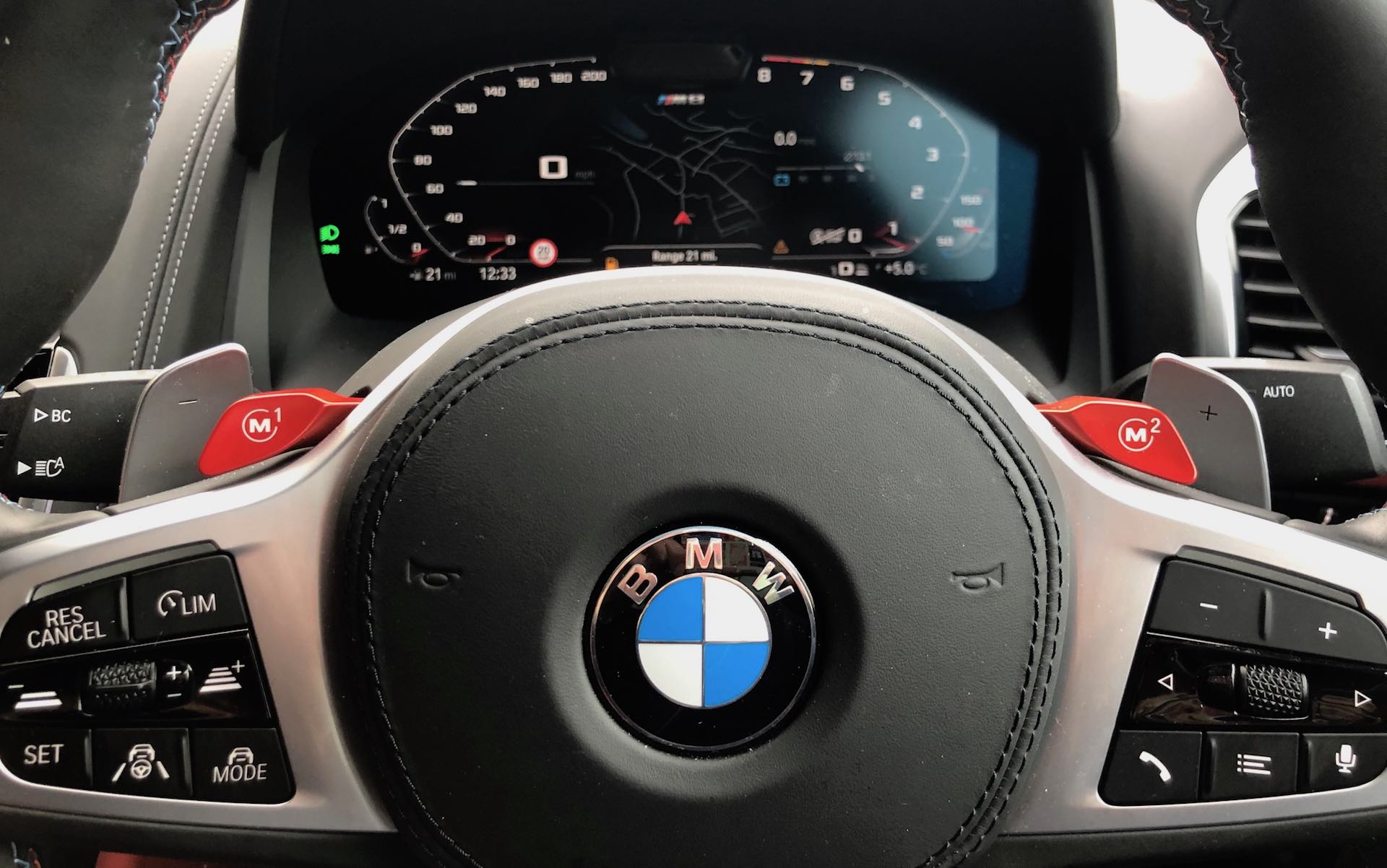 Learning that the M8 came with both customizable driving mode buttons and configurable all-wheel drive setup was like seeing an ad on your phone for something you’d just mentioned in conversation to your girlfriend five minutes earlier. How did they know?

It’s my dream setup: a luxury-lined drift machine when the mood strikes and the road is deserted, and a safe, secure but still fun way to cleanly deploy 617 hp in the UK’s mostly miserable weather the rest of the time.

I had the M1 button configured to deliver Sport steering, Sport throttle, all-wheel drive and DSC on when I wanted a little more focus than the default configuration, and the M2 toggle ready to give me rear-wheel drive and zero driving aids as soon as an opportunity for mischief came into view.

The M8 Is A Huge Car 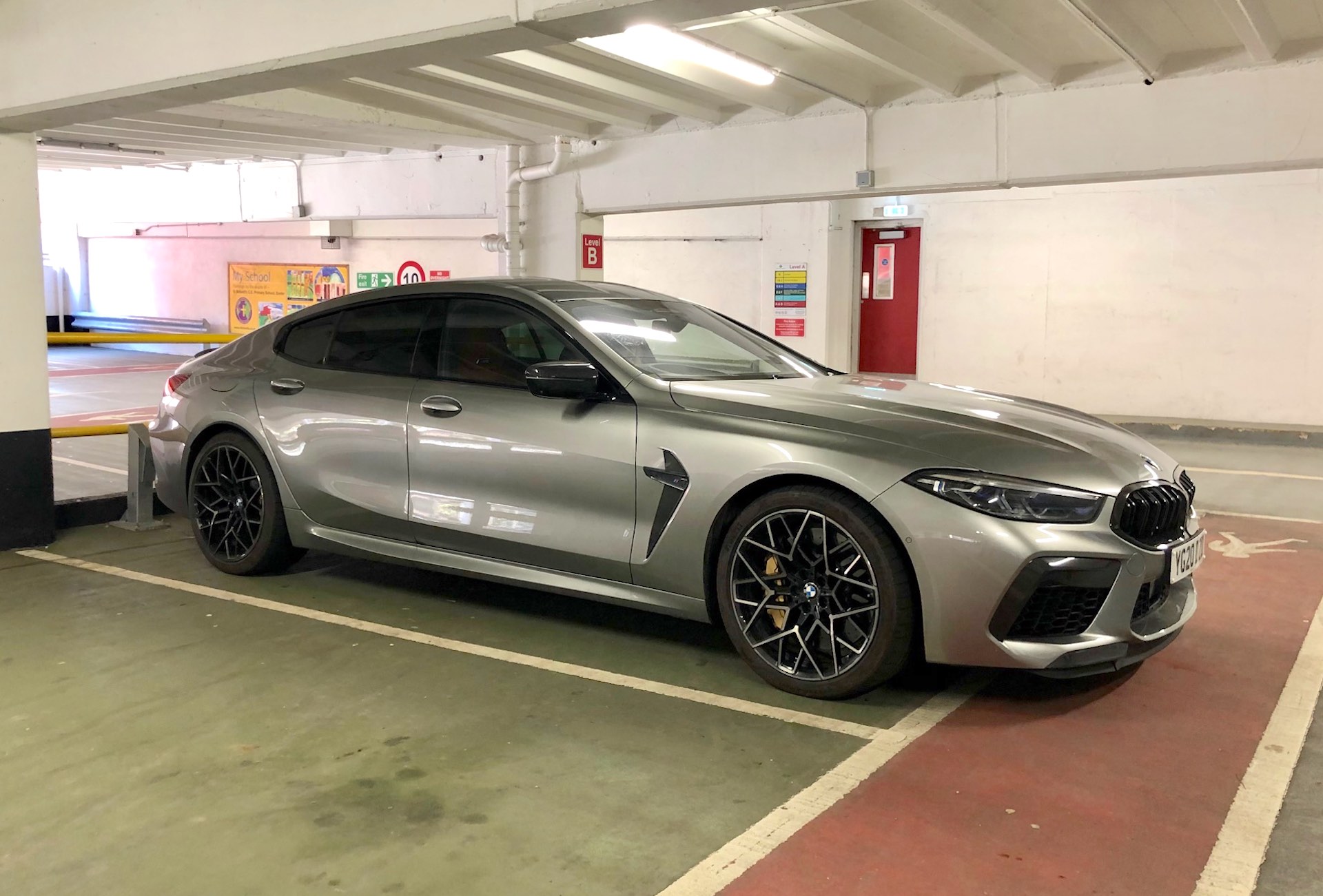 First, some context. I live in the UK, out in the sticks. The roads in my part of the country are narrow and lined with 12 ft hedges. Not a natural habitat for a car as low and wide as the M8, though I was always amazed how nimble it felt considering its 200.9-inch (5103 mm) length on roads where you could stretch its legs a little.

But even on trips to the city, parking was sometimes a challenge. An M3 is definitely a better fit for UK roads, though it’s probably not problem at all in the U.S., where roads, parking lots and drive-throughs are all designed with much bigger machines in mind.

The M8 Is A Huge Car With A Tiny Luggage Opening 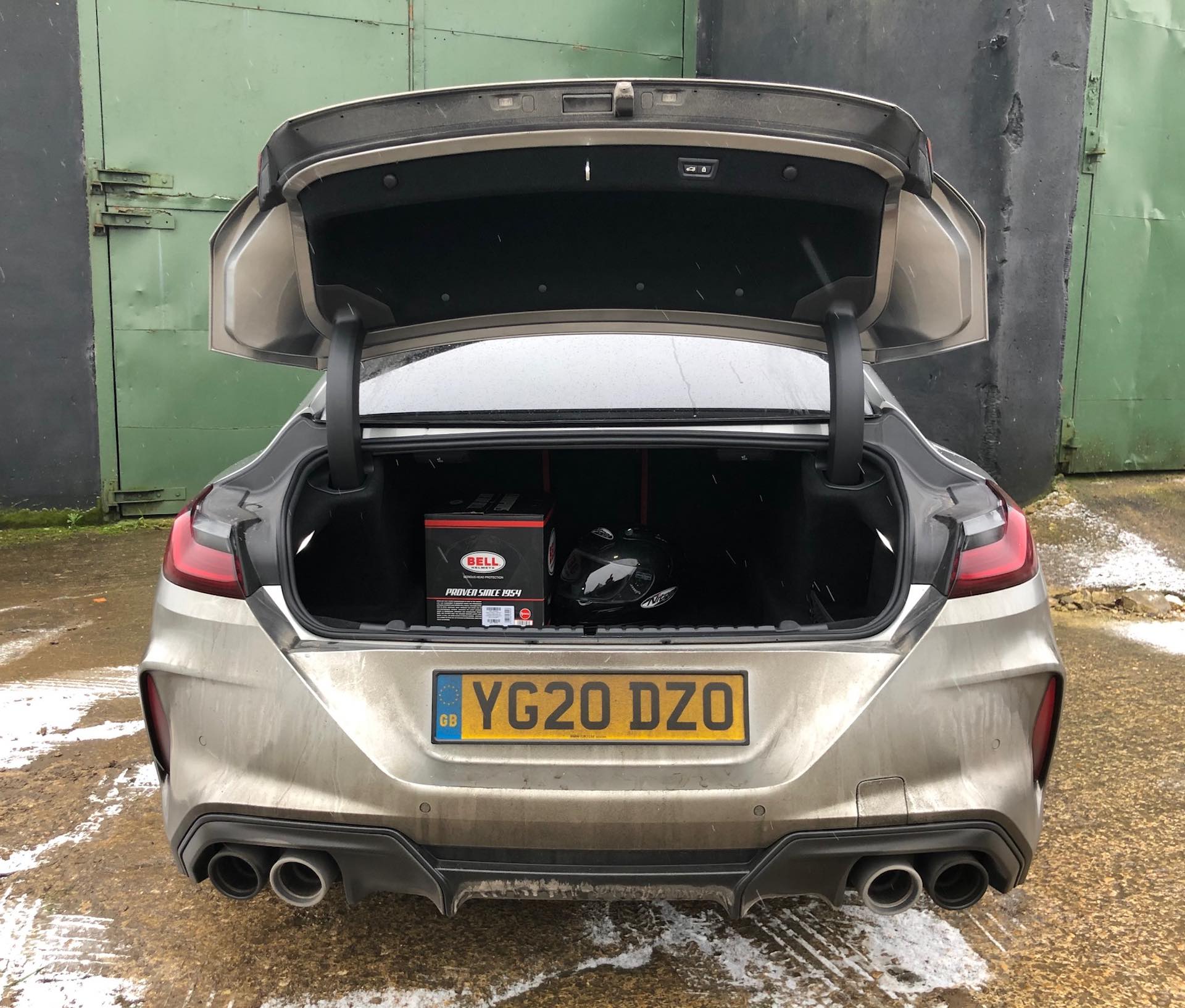 One thing not huge about the M8 is the aperture through which you have to slide your luggage. The trunk volume is a pretty small anyway, at 11 cu-ft in the US model and 440 liters in the UK, making it much less practical than M5. But it would be so much easier to make use of what space it does have if BMW had made the 8-Series Gran Coupe a liftback like Audi’s A7 Sportback, or the new 4-Series Gran Coupe. 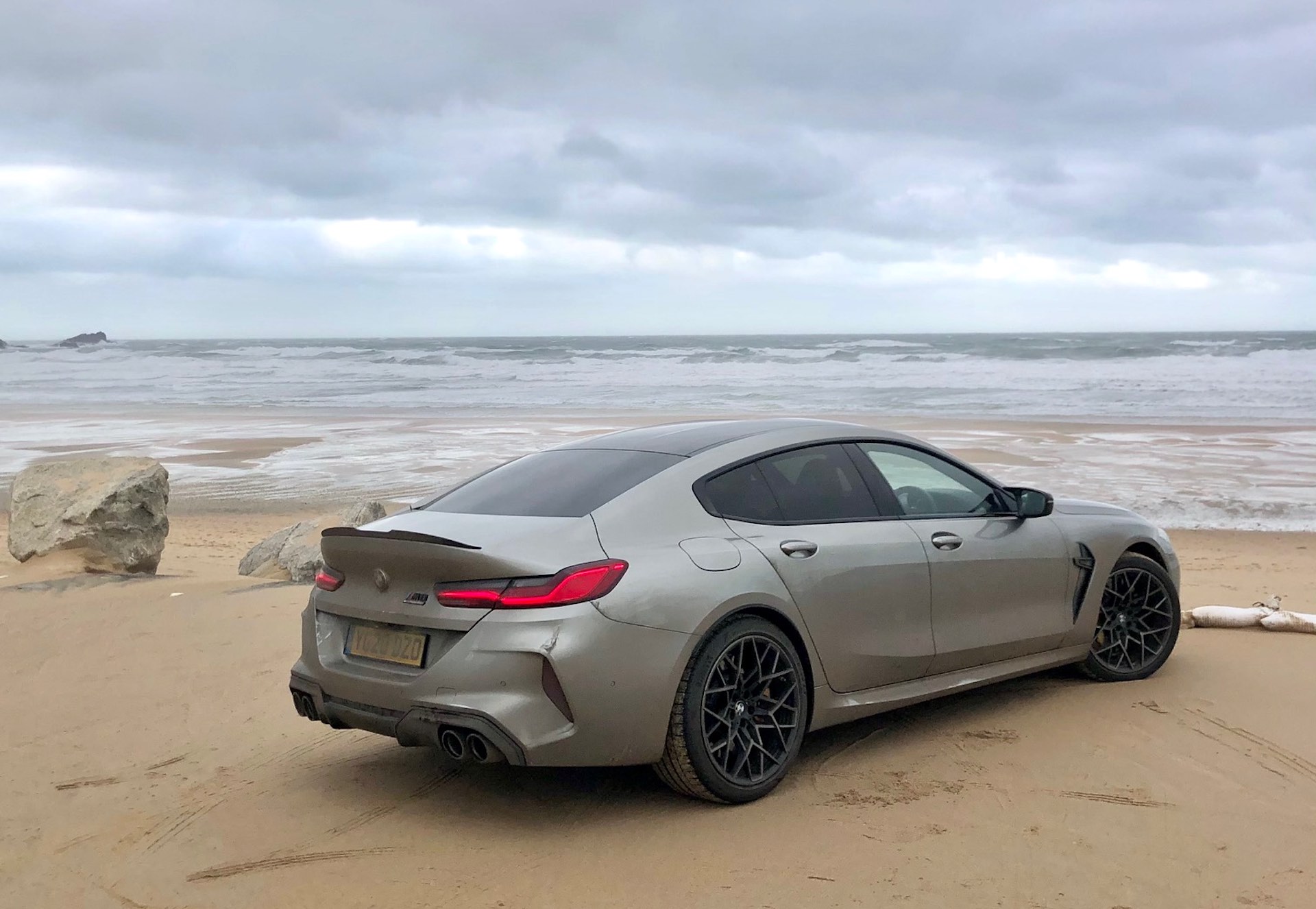 I usually cover around 2,000 miles per month in test cars like this, but only managed to put 5,000 on this one in seven months thank to lockdown rules which either forbade non-essential journeys, or just meant I was doing more work from home. It was pretty sad to see it on my driveway, but not being able to make full use of it and disappear on an adventure. Though I would have been a sight more melancholy if I’d actually bought one and was watching weeds grow around it while it depreciated to the tune of $5,000 per month. An Audi RS7 suffers less depreciation. 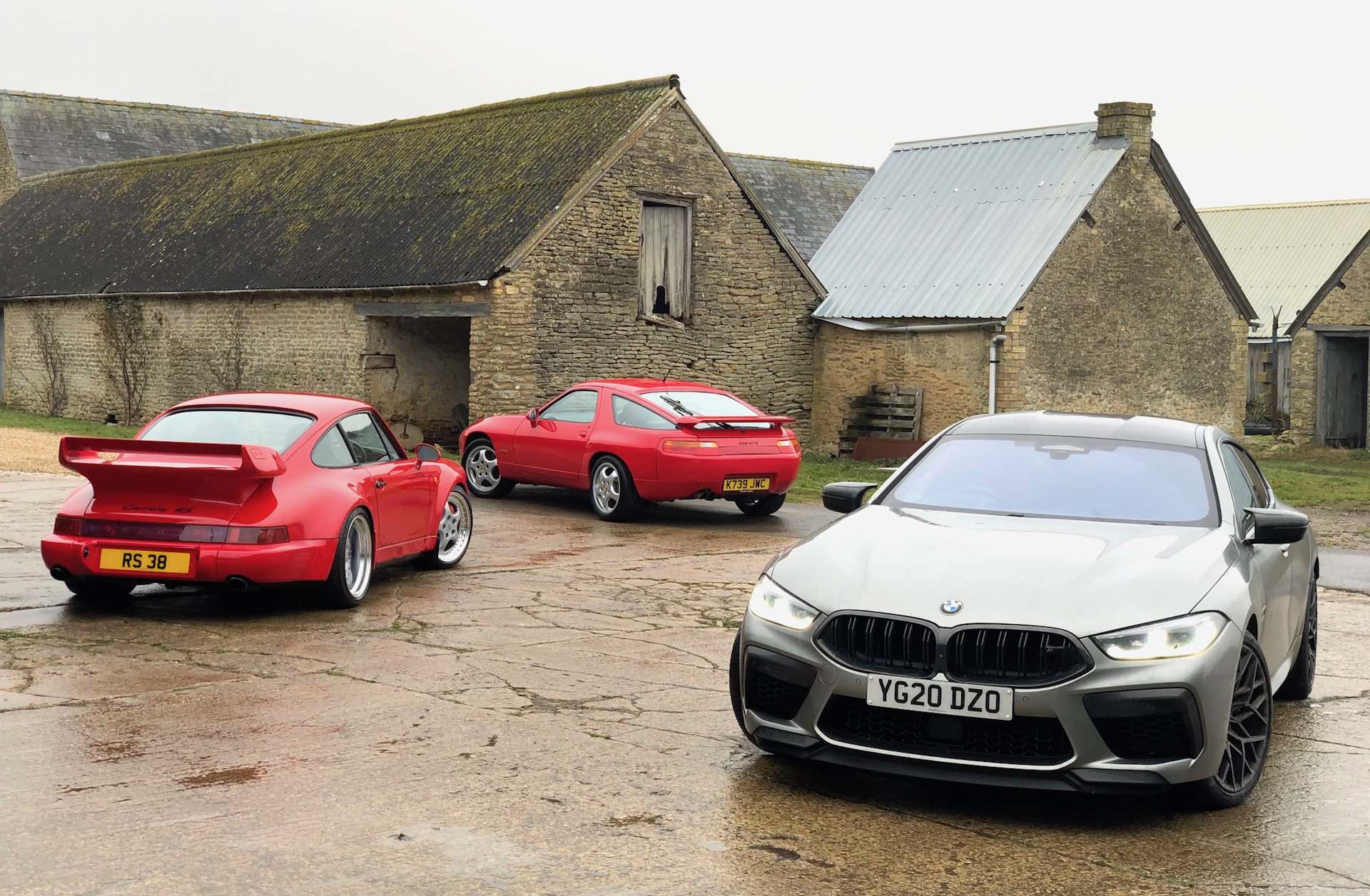 I loved almost every one of the 5,000 miles I spent with the M8, which managed to feel special when I dropped into the driver’s seat for a journey home no matter what else I’d been driving that day. The fact that I found it a little big for my local roads isn’t the car’s fault. But the too-small dashboard buttons and lack of a proper lift-up tailgate were. That said, I’d take it over a Porsche Panamera or Audi RS7 every time for its combination of style and playful handling, and if I could afford the extra cash, I’d take it over the too-straight M5, too.