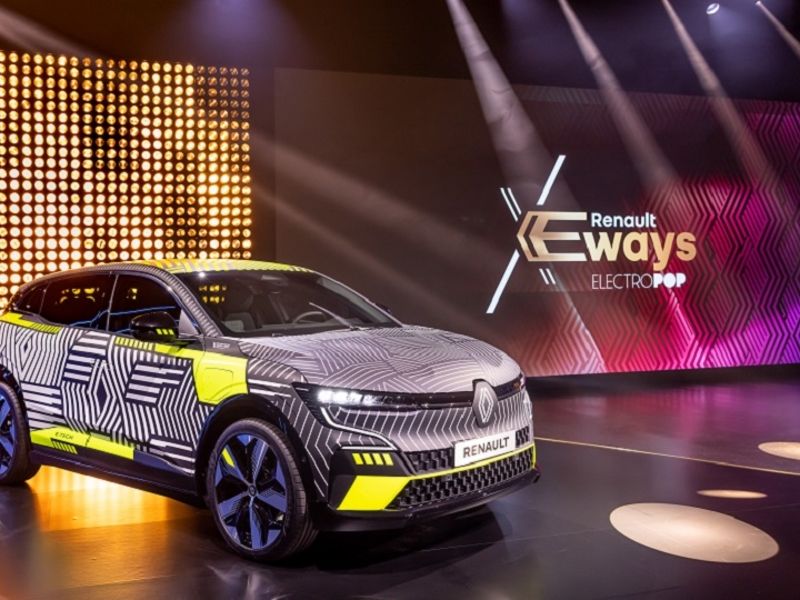 PARIS — Renault will reveal the Megane-e full-electric compact car and a prototype version of the Renault 5 retro-themed EV at the Munich auto show in September.

The Megane-e will be one of the most critical new models to be launched under CEO Luca de Meo since he took over in July 2020. It has been shown in camouflaged pre-production form. It will be launched by the start of 2022.

De Meo has made it a priority to increase Renault’s sales in the compact segment, which is more profitable than the small segments where the brand counts 70 percent of its sales.

The Megane-e is based on the Renault-Nissan Alliance’s CMF-EV platform, which also underpins the coming Nissan Ariya crossover.

The Renault brand will launch seven full-electric models by 2025, and the one that has generated the most buzz so far is the R5, a small retro-themed hatchback that recalls one of the automaker’s most-successful models. A prototype version will be shown in Munich, with sales set to start by early 2024.

The original Renault 5 was built from 1972 to 1996, with more than 8 million sold over two generations.

Renault said in a news release on Thursday that the Megane-e would be revealed on Sept. 6, with the R5 Prototype on Sept. 7.

PSA Group brands Peugeot, Citroen and did not attend Frankfurt in 2019, although Opel/Vauxhall was in attendance. Stellantis, the group created through PSA’s merger with Fiat Chrysler Automobiles, does not expect to send any of its 14 brands to the Munich show this year.

Another Renault Group brand, Dacia, will have a booth in Munich, where it will show a new seven-seat family model that will replace the Logan MCV station wagon/crossover in its lineup.

The Munich auto show, officially called IAA Mobility 2021, runs from Sept. 6-12, with media days Sept. 6-7. It replaces Frankfurt’s slot on the European show calendar, and will be the first major show open to the public since the coronavirus pandemic began.