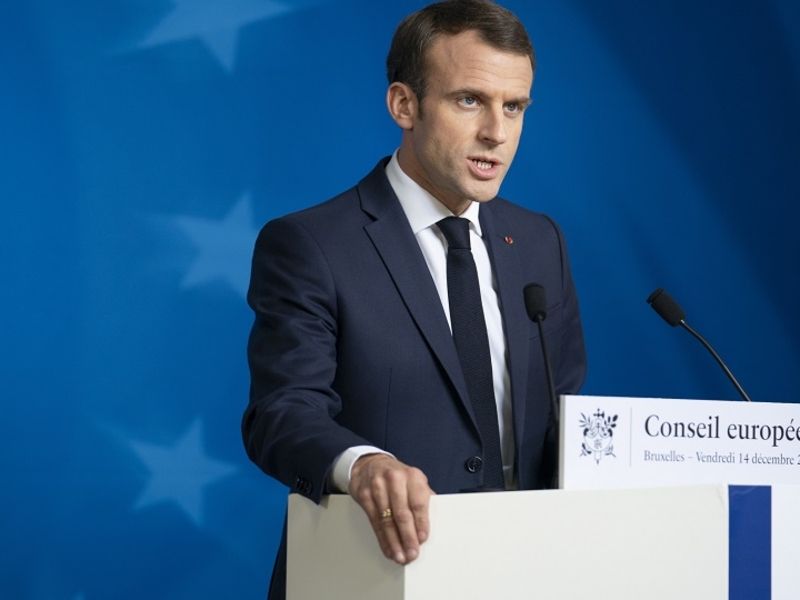 French President Emmanuel Macron will meet with executives and union representatives from the automobile sector on Monday to discuss the green transition, ahead of the publication of a sweeping climate-policy package by the European Union.

The meeting will revolve around “what’s at stake for the sector,” Macron’s office said on Saturday.

The European Commission is set to propose all new cars sold from 2035 should have zero emissions as part of an unprecedented plan to align its economy with more ambitious climate targets.

The overhaul will be part of a swath of measures to be unveiled next week to enact a stricter 2030 goal of cutting greenhouse gases by at least 55 percent from 1990 levels.

Ahead of the announcement, French representatives in the automobile sector will ask Macron for more state support to prepare for the phase-out of combustion engines and greater investments into low-emission cars. They have warned the transition will come with job cuts and give China, which has pushed to make more electric vehicles, a leg up.

The new vehicle emission targets will represent a significant tightening compared with existing fleet-wide emissions goals, which require a 37.5 percent reduction from 2030 for cars. Passenger cars account for about 12 percent of total EU CO2 emissions.

While the transition is particularly costly for French carmakers, which have historically invested in diesel engines, many manufacturers have committed to a switch to low-emission vehicles.