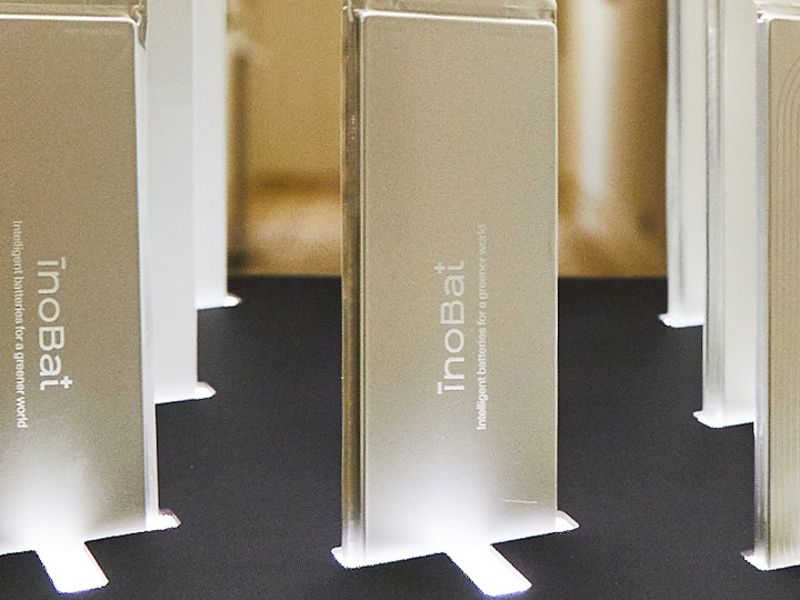 Hancock had worked at the British automaker for five years after moving there from the aviation industry.

John Griffiths meanwhile becomes chief operating officer for InoBat. Griffiths was chief transformation officer and chief procurement officer at Aston Martin for a year and a half before leaving in June 2020.

The two will be reunited with Palmer, who is InoBat’s non-executive chairman, a job he will continue to hold despite being named CEO of electric bus and light commercial vehicle maker Switch Mobility on July 2.

InoBat is preparing to build a 1-gigawatt-hour battery cell plant in Voderady, Slovakia. The factory is scheduled to come online in 2024, with InoBat targeting an increase to 32 gWh, but the company hasn’t given a time frame for the ambitious rise.

The company began construction of a tech center and pilot line in June.

InoBat signed an agreement in April with Slovakian’s SOR to supply batteries for its forthcoming electric buses.

Volkswagen Group, Jaguar Land Rover, Stellantis and Kia all have plants in Slovakia.

Rivian to add 100 jobs, invest $4.6 million for new support center near Detroit
First 2022 Hyundai Staria Reviews Are In, So What’s The Verdict On The Minivan?
Automotive News Europe salutes Nicola Johnson
Watch Motor Trend’s Second Part Of Its Trans-America Roadtrip With The Rivian R1T
66 percent of U.S. consumers who plan to buy a car want gasoline or diesel, EY finds