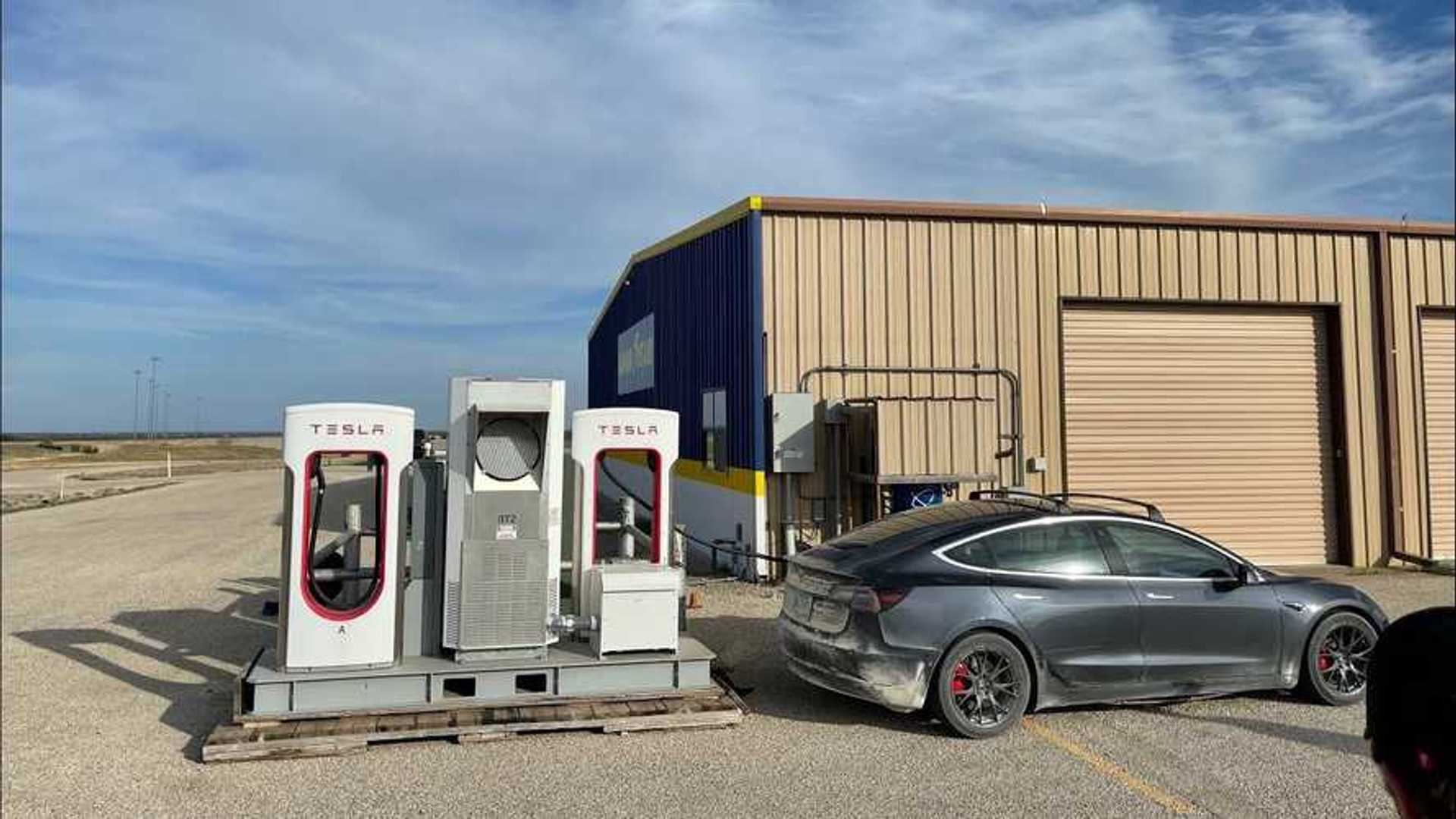 Our own video director Kyle Conner makes a ton of videos for several different YouTube channels, and each channel has its own unique content. While you’ll find some traditional car reviews from Conner, a lot of his coverage is quite different from what you’ll see from rival video producers.

With that said, one of Conner’s recent videos on his Out of Spec Reviews channel isn’t really a review at all. Instead, it’s entitled, “The Secret Tesla Supercharger,” and that’s precisely what it’s about. However, there’s more to it than that.

Kyle recently visited the Goodyear Proving grounds in Texas. As you can see, it seems to be in a pretty desolate area, and Kyle substantiates that. The 7,200-acre facility is used to test Goodyear tires, and Conner visited to torture test EV tires. He briefly shows off the neat facility before moving on to the title topic.

Goodyear makes tires for Tesla, and it had to do a lot of testing on those tires, which it performed at the Texas location. In order to make that all happen, the location had to have a “secret” Tesla Supercharger delivered. Obviously, if you can’t charge an EV, you can’t test it. And, if you can’t charge it relatively quickly, that’s an issue as well.

We’ve seen a Supercharger “stations” much like this before, and it was at the famous Nürburgring track. We’ve also seen similar setups on trailers, as Tesla is now shipping pre-fab Superchargers to speed up the installation process.

At any rate, does it comes as a surprise to you that Goodyear has its own Supercharger? Do you think these stations are located all over the place, and we just don’t have any official record of them?

Check out the short video for Conner’s take on the secret Supercharger and learn more about Goodyear’s tire testing center. Then, leave us your takeaways in the comment section below.