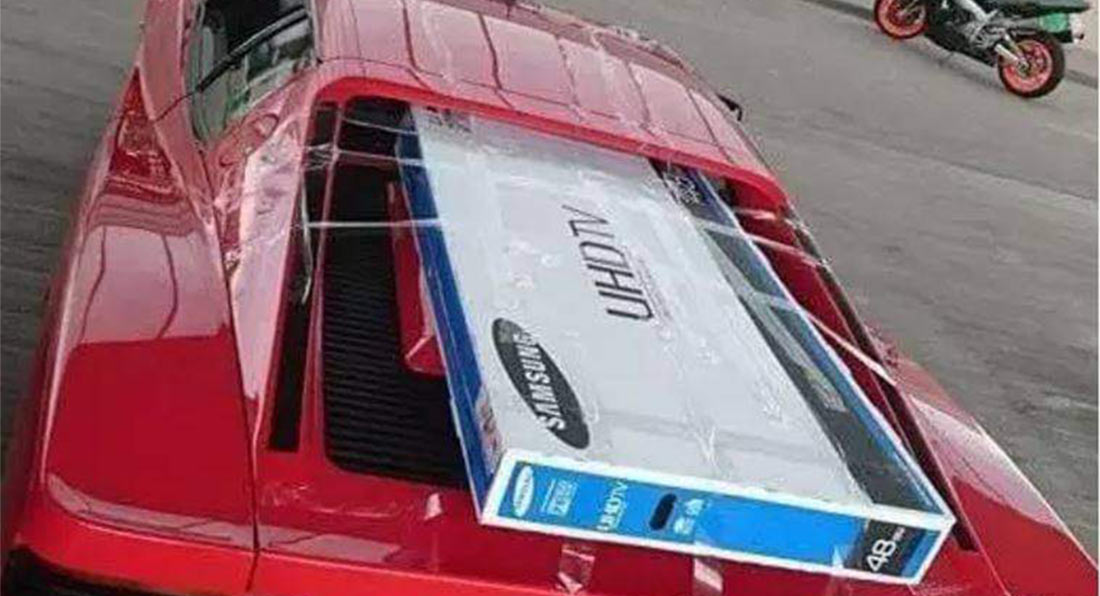 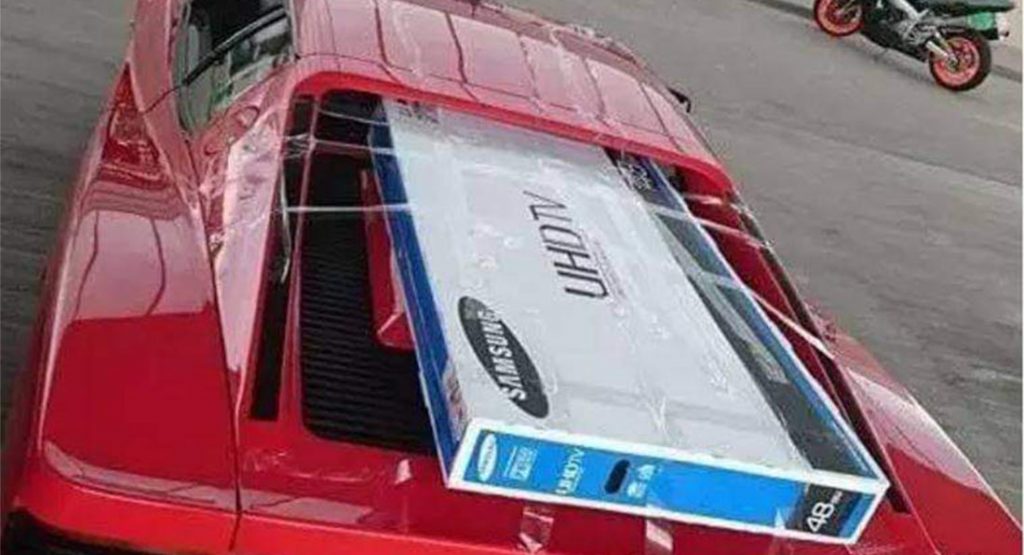 Owning a supercar has its perks but it also has its downsides, among the biggest of which is the lack of practicality.

Put simply, supercars will carry a suitcase or two or the proverbial set of golf clubs, but that’s (mostly) as good as it gets. However, where there’s a will, there’s a way. This particular image was recently shared to Reddit and shows a Ferrari Testarossa that has a TV taped down to its engine cover.

It is unclear where this photo was snapped but the classic Italian supercar appears to have a license plate from somewhere in the European Union. The owner obviously decided to take the Testarossa on a shopping trip and upon purchasing a 48-inch Samsung UHD TV, had nowhere to put it, so they chose this, rather unorthodox, method.

Read Also: The Ferrari Testarossa Will Get To Sing At 9,000 RPM Thanks To Officine Fioravanti

Here’s hoping that the driver only had to make a short trip at low speeds with the TV out there as it doesn’t appear to be held down very well and would probably slide right off were they to take a corner a little too fast. The tape used to secure the TV in position can be seen stuck to the rear decklid, buttresses, and the roof.

Of course, placing a TV like this on the engine cover of a Testarossa carries with it some other risks, most notably the fact that the engine cover could get warm when the car is running. It’s also curious why the owner didn’t put the TV in the cabin at the passenger’s seat and footwell. Guess either it wouldn’t fit or they had a passenger along. 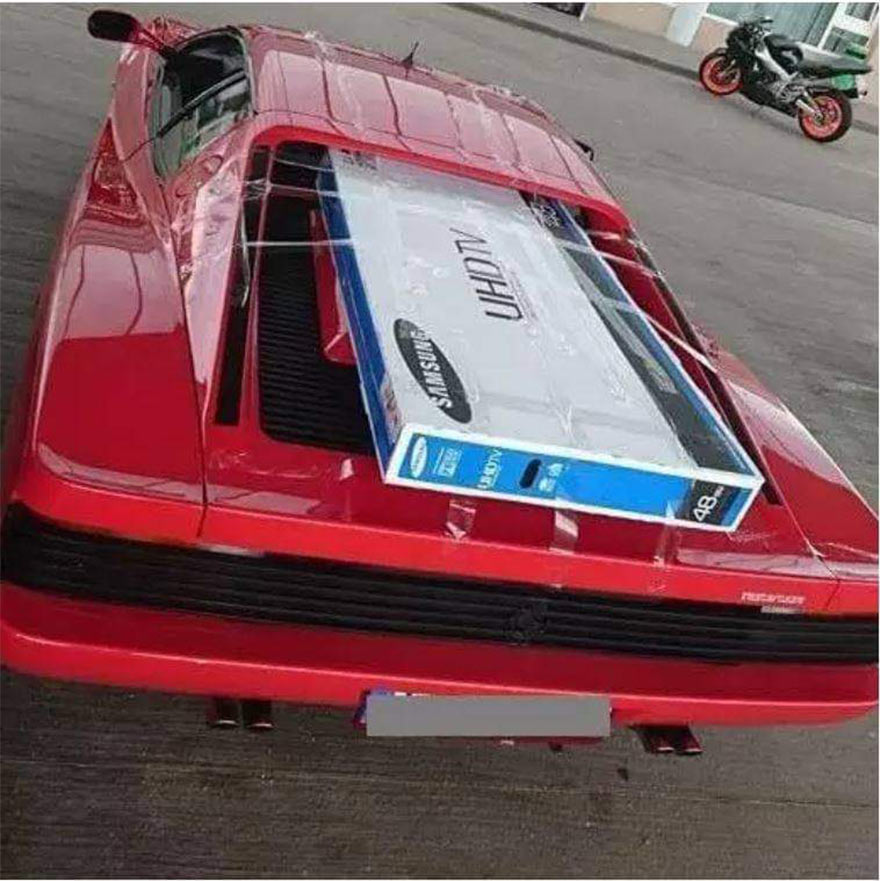