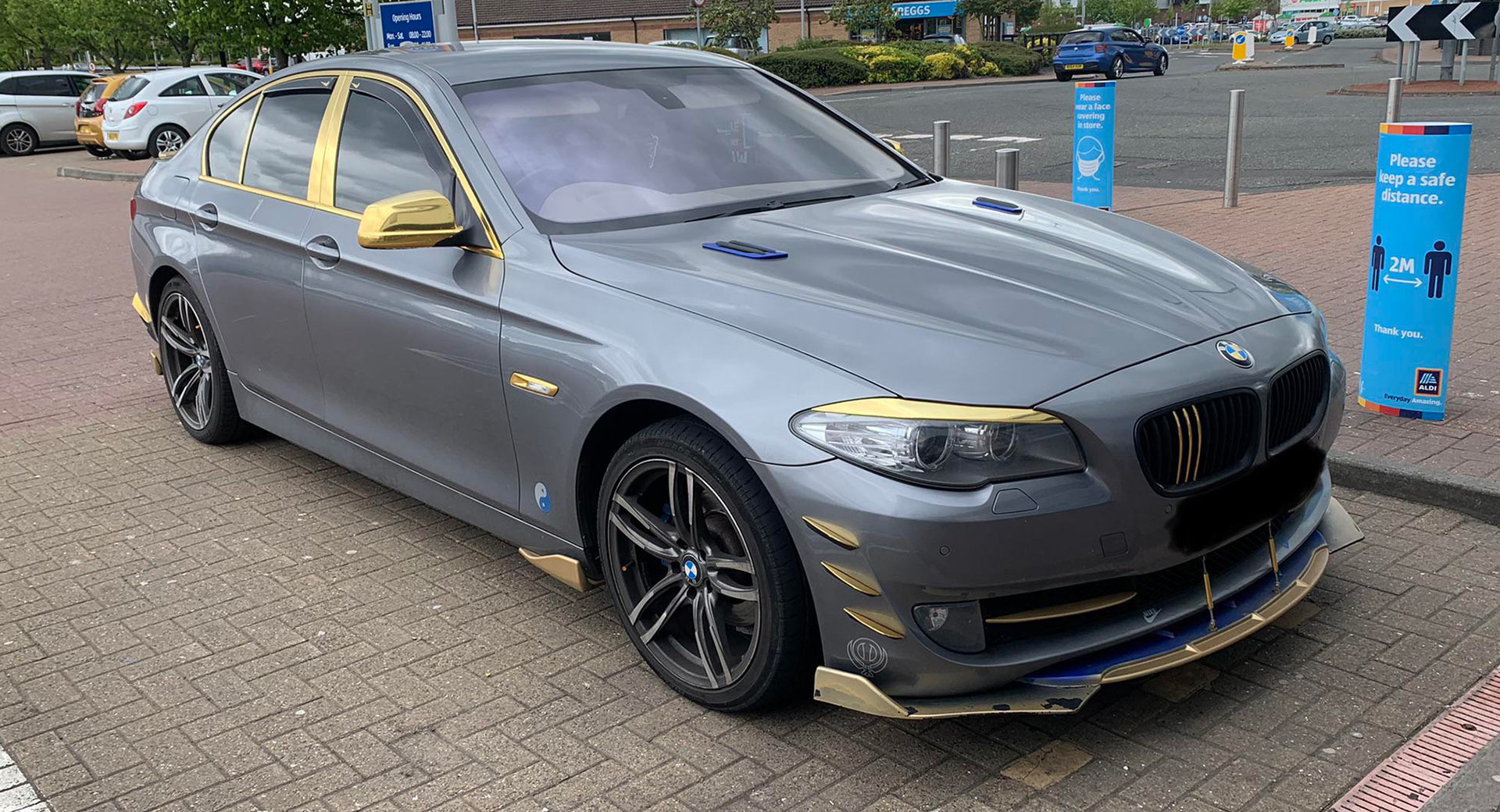 The owner of a BMW 5-Series in the UK clearly has quite the fascination with gold accents and has transformed the look of the German sedan with a number of aftermarket accessories.

Found at the front of the 5-Series is a gold splitter that features two small steel tubes attaching it to the front bumper. Speaking of the bumper, it also includes some gold accents, including canards on either side and horizontal fins within the lower grille area. Elsewhere, this photo from Reddit shows that three vertical slats of the grille have been finished in gold while there are also gold accents on the headlights.

Watch Also: Herd Of Deer Try To Cross A Road, One Of Them Lands On A BMW

Moreover, the owner of the 5-Series has slapped a pair of cheap-looking air vents onto the hood while the sides feature gold side skirt extensions behind the front wheels and gold turn signal surrounds. These golden accents continue across the wing mirrors, B-pillars, and side window frames. While we don’t have any images showing the rear of the BMW, it, too, also appears to feature some gold add-ons.

If you’re looking for a fast and cheap way to make a BMW 5-Series look tacky, this is certainly one way to do it. 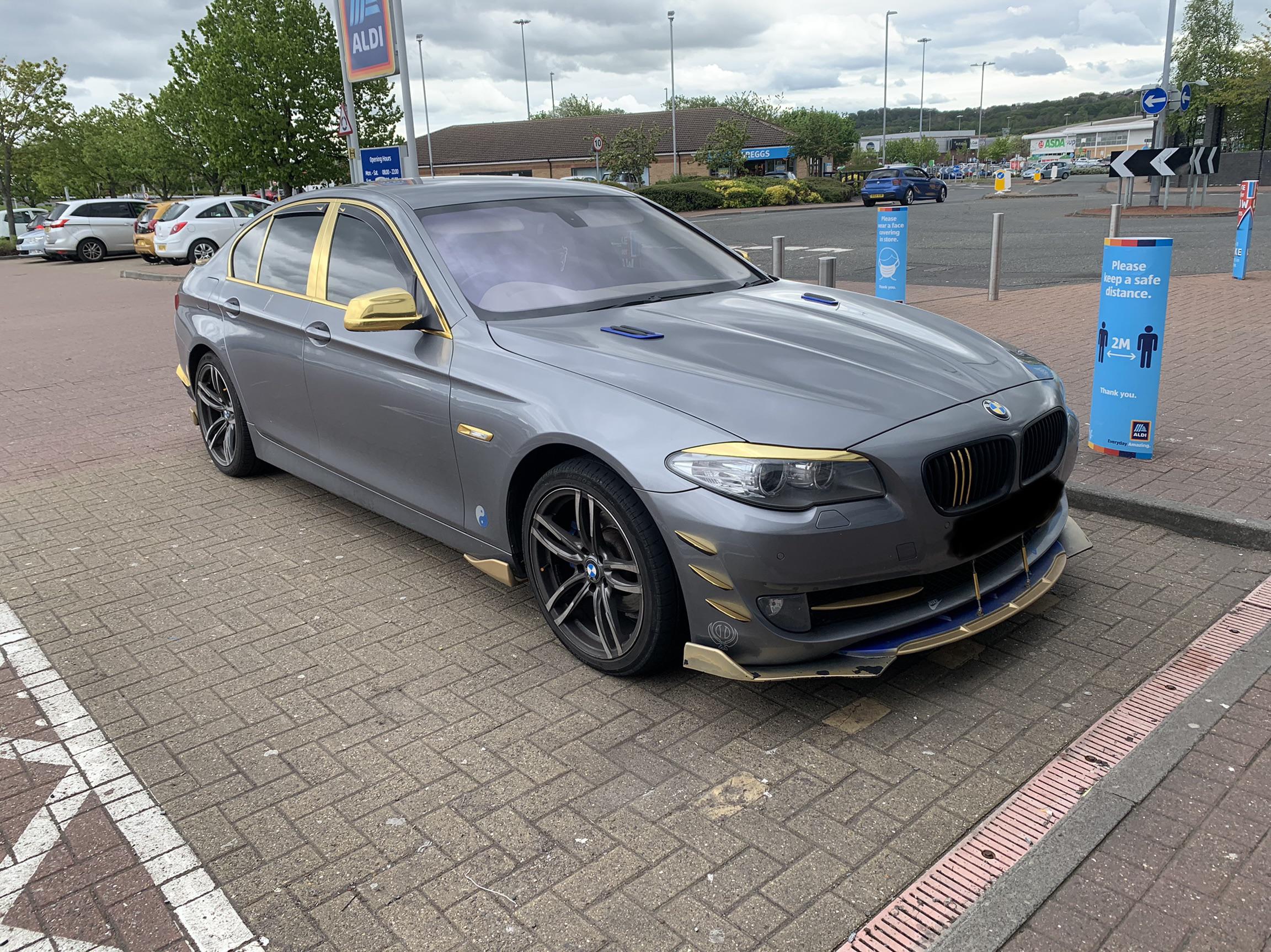 Tesla drivers are the most satisfied EV owners in Norway
ZF damper plant in western Germany to be impacted for months due to flooding
Olympics stage set for bots to shine
US: Tesla Increases Model 3 LR and Model Y LR Prices By $1,000
EV tech is made easy on Pacifica Hybrid site