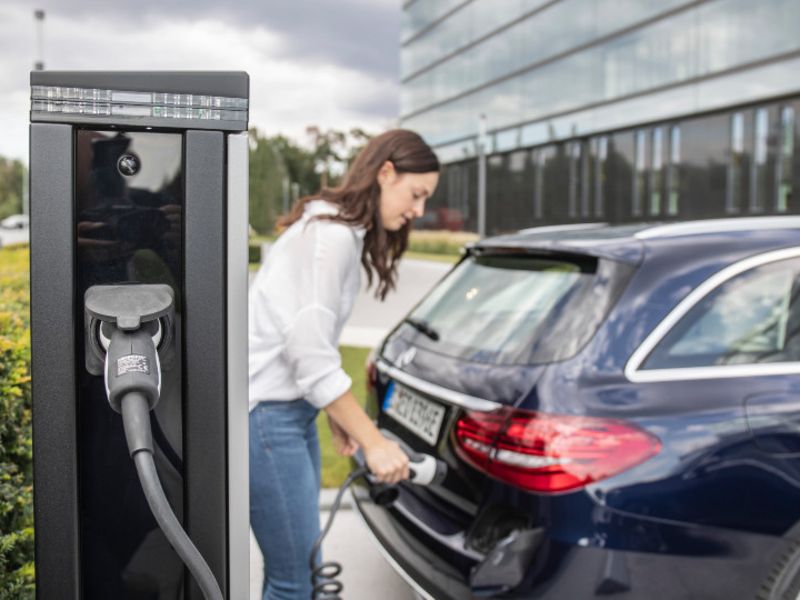 Green activist groups say plug-in hybrids, which combine an electric drivetrain with a combustion engine, are mostly driven in non-electric mode, sometimes making their CO2 emissions higher than combustion engine cars because their greater weight makes them use more fuel.

In an interview with Automotive News Europe, Kallenius said the long electric range of the latest generation of plug-in-hybrid vehicles means they will be driven in electric, emissions-free mode more often.

“When it comes to plug-in hybrids, we are now on the third generation of those cars, but a lot of the talk about them is still based on data from the first generation where the batteries were smaller and the range was shorter,” he said.

He said as customers are offered a longer range, they will use plug-in hybrids much more in the spirit as they were intended.

“Many customers can drive back and forth to work for the whole week in full-electric mode,” Kallenius said.

For example, the latest Mercedes C-Class plug-in hybrid can be driven for 100 km (62 miles) on electric power alone— twice as far as its predecessor, thanks in part to a more powerful battery.

Kallenius said customers who use the “Mercedes me” app can opt in to share their fuel consumption data to see where they rank according to their real driving.

To make eco-driving more appealing, the company has launched an app and designed some gaming graphics in the instrument cluster to encourage customers to drive in an energy-efficient way.

“Along with technologically mastering this challenge, we are also looking to change people’s driving behavior by encouraging them and working with them during this journey,” he said.

The goal is to make sure individual consumption during real-world driving and the certification numbers reached during testing do not diverge.

“We all know that we need a standardized measurement for certification. That is why we switched to WLTP from NEDC. But your individual consumption can vary depending on how you drive,” the CEO said. “The EU will be monitoring this data, and so will we because it is in our interest to help our customers get the most out of the technology.”

Hyundai Europe CEO Michael Cole also defended plug-in hybrids in an interview with Automotive News Europe, pointing to the 56-km electric range of the plug-in-hybrid version of the Tucson SUV.

“That is probably more than enough to cover the daily commute of most people in Europe,” Cole said. “I still think the technology offers a CO2 reduction in real terms, with a lot of customers using it to travel emissions free a good share of the time under the right conditions.”