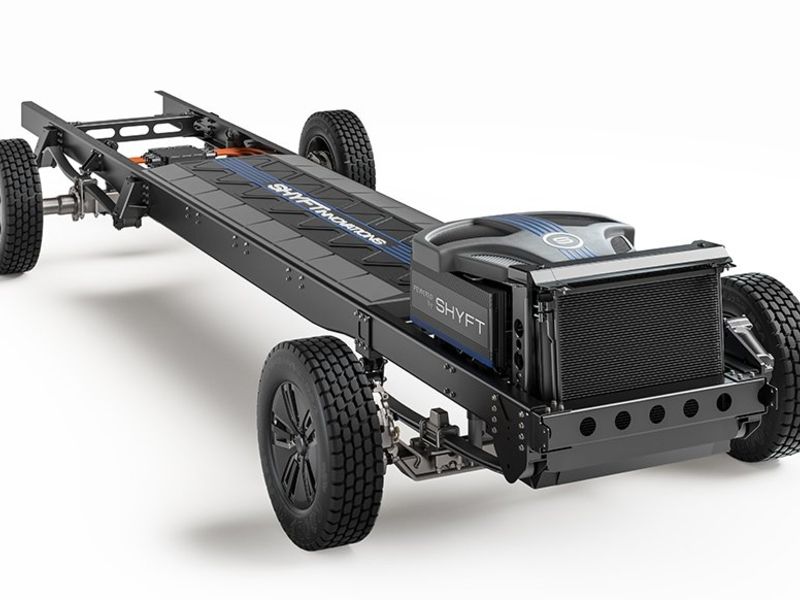 The specialty vehicle manufacturer (NASDAQ: SHYF) plans to begin production on the first electric Class 3 chassis platforms in mid-2023 and make anywhere from 500 to 1,000 units in the first year and another 1,500 or so in the second year, scaling up as necessary, said CEO Daryl Adams.

The suburban Detroit company plans to invest between $50 million and $75 million to design, develop and launch the platforms.

“Earlier this year, some of our larger customers (came) to us and said, ‘Hey, we need your help. We have our own company green mandates that are out there, and we’re not seeing a chassis in the public domain that we feel will work,'” Adams said.

The U.S. Postal Service is also investing in electric. It announced in February it awarded a multi-billion-dollar contract to Wisconsin-based Oshkosh Defense to supply up to 165,000 vehicles with fuel-efficient internal combustion engines or battery electric powertrains over the next 10 years.

Hitting its stride after a transition from emergency vehicles to e-commerce trucks, Shyft sees another opportunity with EVs. Many other companies and startups are developing technology in the space but lack the know-how to efficiently produce the vehicles, Adams said.

One local competitor is Electric Last Mile Inc., which said earlier this year that it had about 45,000 nonbinding pre-orders for its Urban Delivery Class 1 commercial EV and plans to go public later this month.

Shyft’s EV platforms are targeting a range of 150-175 miles per payload on one charge. The chassis will feature a customizable length and wheelbase to suit any specialty vehicle body builder, according to a news release. It is adaptable to delivery trucks, buses, last mile delivery vehicles, RVs and other emerging V markets.

The company established a mobility R&D team, Shyft Innovations, dedicated to EVs. Adams said the company has not decided how many employees will be assigned to the unit.

Shyft — formerly named Spartan Motors — sold its emergency vehicles business in February 2020 to focus on making multi-stop trucks through subsidiary Utilimaster, which supplies USPS and Amazon. Shyft is the manufacturer of around 80 percent of Amazon trucks on the road now. The company also makes truck bodies for other service vehicles and luxury motor coach chassis under the Spartan name.

The new business helped turn around the company. In 2013, it recorded a loss of $6 million. For the first quarter of 2021, the company posted revenue of $179.9 million, up nearly 12 percent from the same time last year, according to its earnings report. Adjusted earnings were $19.2 million, up 4 percent from a year prior. Sales from continuing operations totaled $676 million in 2020. Shyft is based in Novi, Mich.