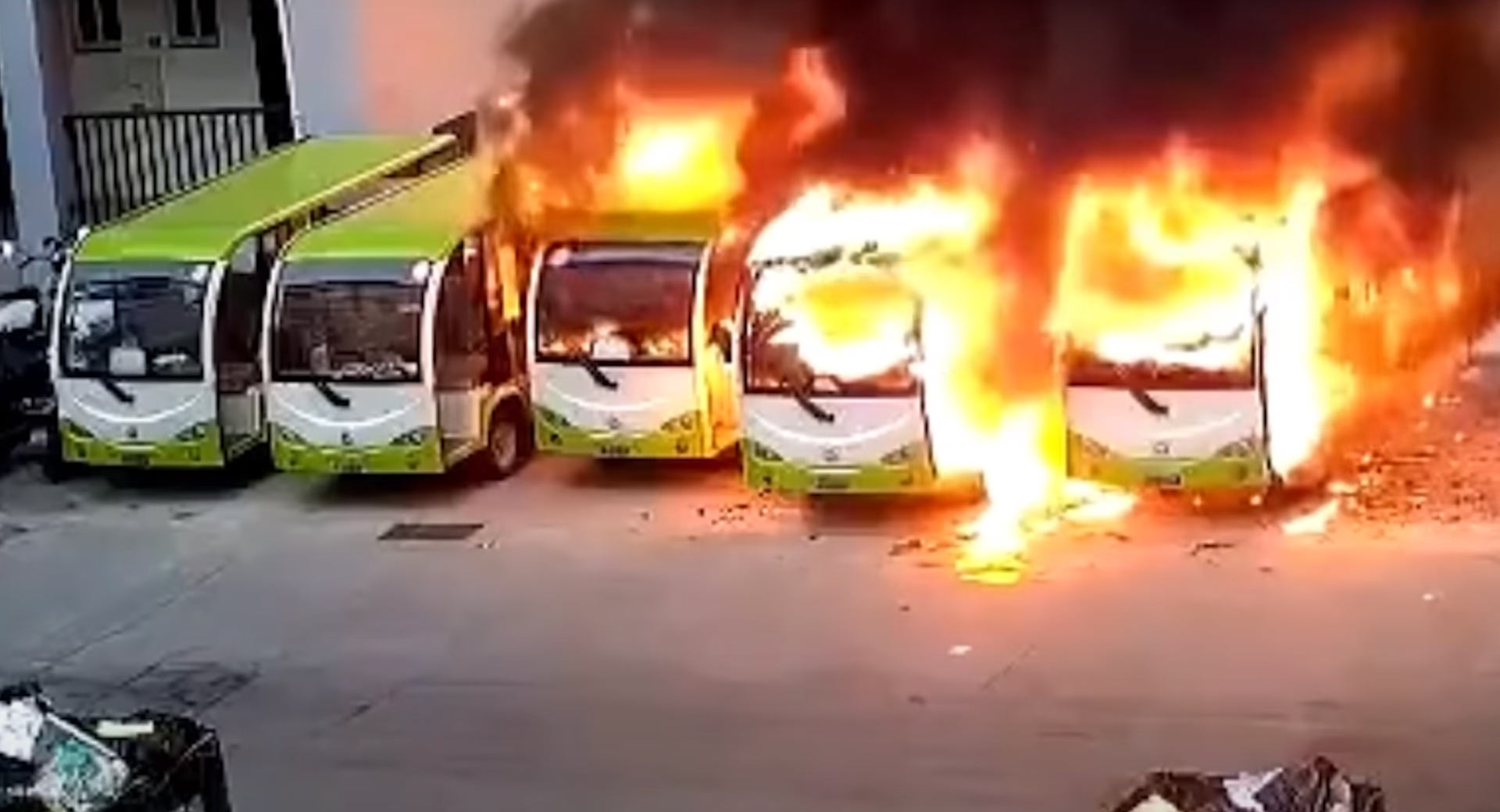 Dramatic footage has emerged out of China showing the moment an electric bus caught fire, triggering a blaze that spread to four other buses.

The incident took place on a university campus in southern China’s Guangxi Zhuang Autonomous Region and was caught on security camera.

Initially, all seems fine but after just a few seconds, smoke can be seen billowing out from one of the buses. Almost instantly, it explodes in a ball of fire. This doesn’t just set alight a couple of large garbage bins positioned next to the bus but also causes a second bus to catch fire. The inferno then spreads to a third electric bus and before long, a fourth is engulfed in flames as well.

According to South China Morning Post, fire crews arrived on the scene roughly 20 minutes after the fire started and were able to quickly extinguish the blaze. However, four of the five buses were completely destroyed and only one of them managed to escape without serious damage.

Fortunately, no one was in the buses at the time and no one was injured. The cause of the fire is still being investigated.

This isn’t the first time footage has been captured of an electric vehicle dramatically catching fire in China. In September last year, a video was posted online showing what appeared to be a BAIC EX360 exploding in a ball of flames after being sprayed by fire crews with cold water when it caught fire while charging.

MG gains on established brands in Europe with EV push
Renault charged with diesel deception by French investigators
Next-Gen Audi RS3 Keeps Its 400-HP-Plus Five-Cylinder Engine
How Does A Rolls Royce Wraith Land At A Hyundai Dealer Who Listed It On Craigslist?
Actually, we saw this truck coming from miles away