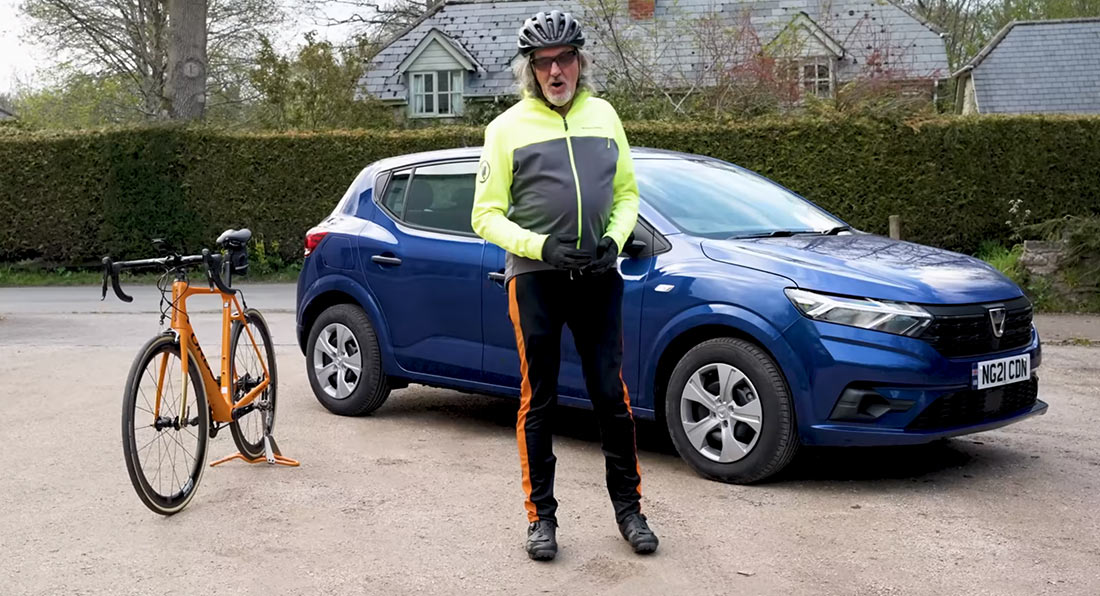 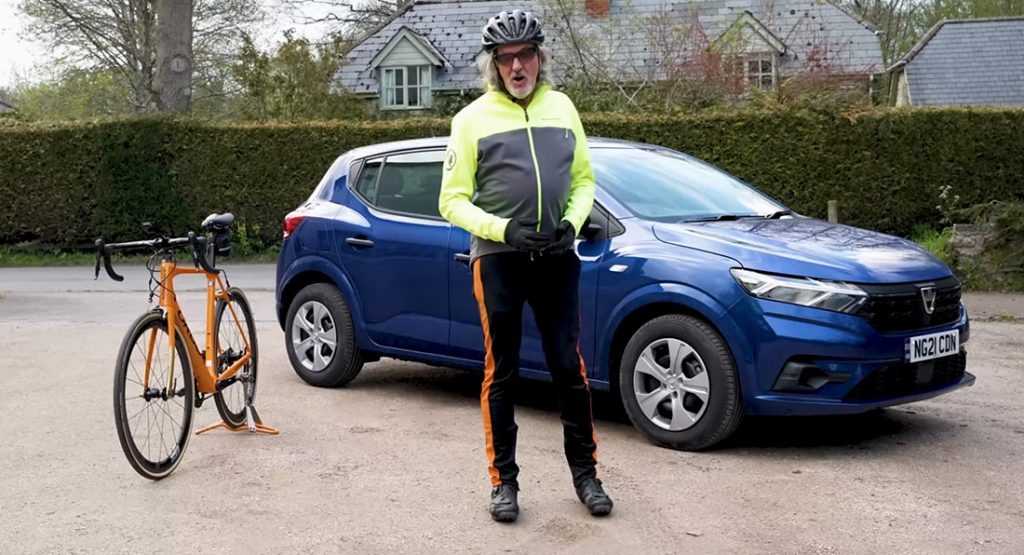 James May has always been a big fan of the Dacia Sandero and in a recent review for Drive Tribe, has pitted it against his very own bicycle in a rather unusual test.

The Sandero tested is a mid-range variant that costs a touch under £10,000 in the UK and while the Sandero is available in bog-standard form for less than £8,000, this mid-range variant is a little more civilized. By comparison, May’s custom-built Orbea bicycle costs almost the same and is made almost exclusively from carbon fiber. May says that if it was a car, it would be the equivalent of an exotic supercar.

On the subject of practicality, there are some pros and cons for both the Sandero and the bicycle. For example, the Sandero can carry four adults and has a spacious trunk while the bicycle is a strict ‘single-seater’ in the words of May. However, the bicycle can fit in places that the car cannot, such as the pub that May owns.

The Sandero also has a significant power advantage as its three-cylinder engine delivers 89 hp. By May’s calculations, he can produce up to ¼ of a horsepower when riding his bicycle. He adds that using and maintaining a bicycle costs more than many people would expect. Entry-level versions of the Dacia Sandero deliver 65 hp and while that’s not a lot, it is still significantly more than the bicycle.