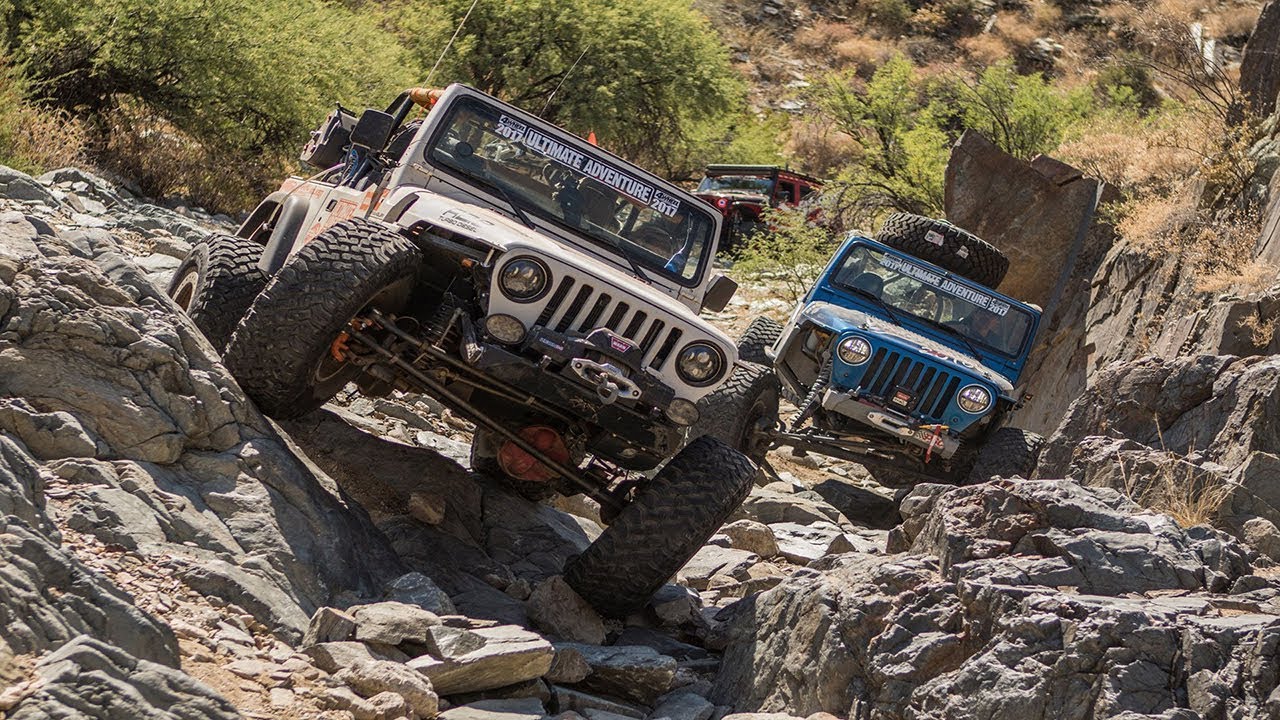 Videos
Share on Facebook
Share on Twitter
Share on Pinterest
Share on LinkedIn
Part 1 of Ultimate Adventure 2017. Ever hear of a day when it’s literally too hot for airplanes to fly? That was the top news story across the country the day Ultimate Adventure 2017 began in Phoenix, Arizona. And epic heat wave or not, the event must go on. After all, Ultimate Adventure is always an extreme test of both man and machine. With the thermometer hovering around 127 degrees the group pulled out with trial leader Trent McGee leading the way and Editor Christian Hazel putting the very first miles on the newly finished Cummins-powered UACJ-6D Ultimate Adventure Jeep. With the Table Mesa trail in its crosshairs the group got out of the city as fast as it could, locked the hubs, aired down the tires, and go to ‘wheeling. The terrain features razor sharp rocks and sketchy ledge climbs which the served as a perfect introduction to what the rest of the week would hold. Before the day would end we’d have plenty of near-vertical waterfall climbs, big-throttle attacks, trail repairs, welding, body damage, and some fun pranks. And as always, Day One was just a warm-up for more challenges to come. Unlike UA2016, the heat didn’t claim any victims and nobody wound up in a hospital emergency room. But as for the machines, let’s just say UA2017 won’t prove as forgiving. For more action, videos, pictures check out fourwheeler.com/ultimate-adventure/.

Catch the entire week of 2017 Ultimate Adventure on the Motor Trend Channel December 11th through December 15th with a new video premiering each day!

Event coverage and photos at: fourwheeler.com/ultimate-adventure/

Subscribe now to make sure you’re in on all the action!
https://www.youtube.com/subscription_…