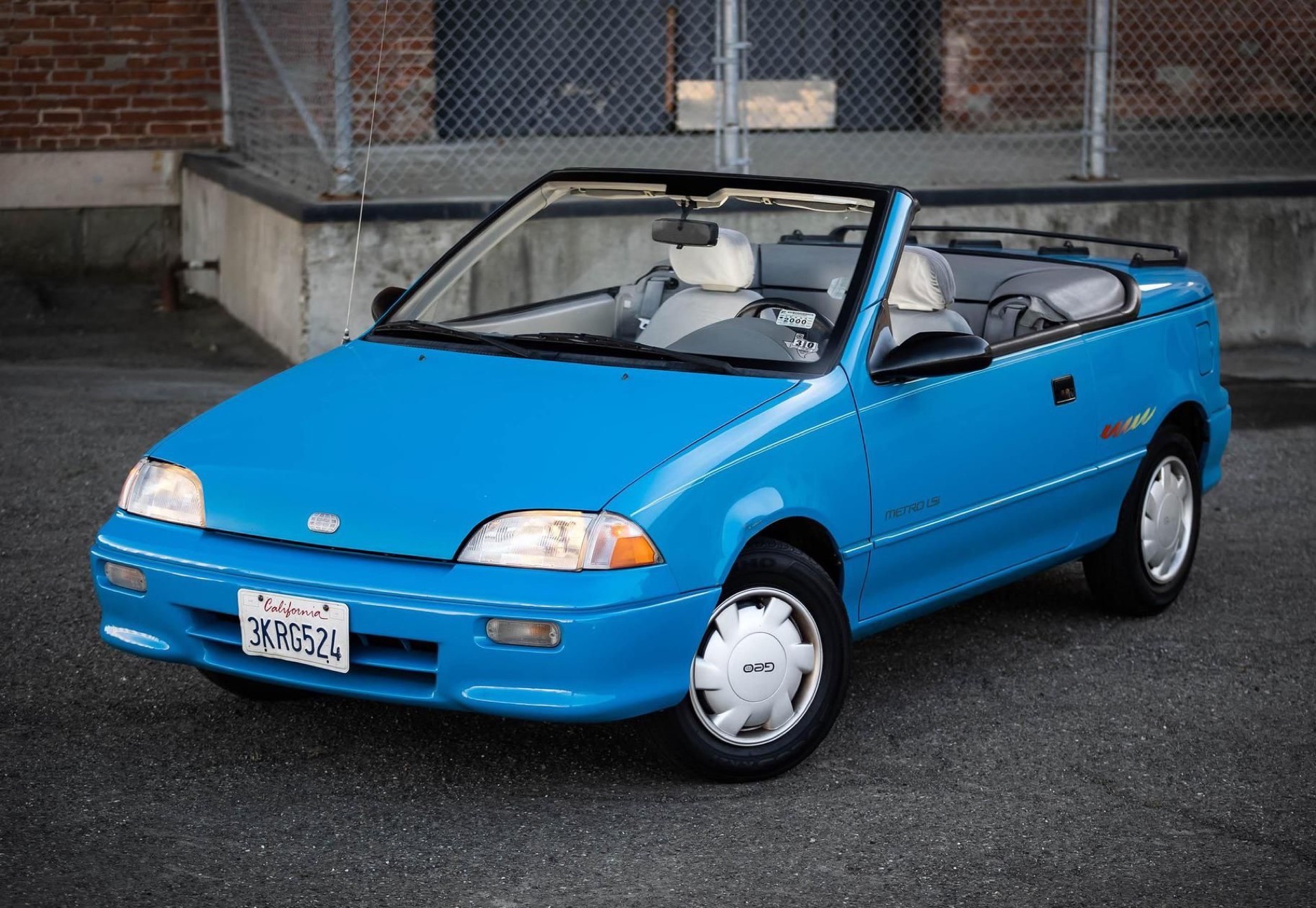 GM marketed Geo as a Chevrolet sub-brand that would partner with Japanese automakers like Toyota, Suzuki, and Isuzu to add a home twist to cheap import cars.

It was a move designed to see GM compete with the growing import market during the 1980s. In reality, it left us with a wake of dull, uninspiring, and downright depressing examples of badge engineering. But there’s one car that stands head and shoulders above all other in the annuls of history as the very worst from Geo: the Metro.

The Geo Metro was basically a Suzuki Swift with a new badge on it. But perhaps the zenith of all Metros is the car that Doug Demuro got his hands on recently: a remarkably original and well-kept Geo Metro Convertible that is up for auction right now.

Time hasn’t been kind to the Metro. Heck, even during its release, it wasn’t exactly a head-turner. Unlike most of its Japanese competitors that came with sparkle and a little bit of oomph in the power department, the Metro’s three-cylinder engine produced a measly 50 HP that could give you a top speed slightly more significant than the average jogging pace. However, all was not lost, because even though it lacked in, well, everything else, the Metro was able to do 46 miles per gallon in the city and up to 49 on the freeway, which is pretty impressive even today. No fancy hybrid-tech or cylinder deactivation, just good old engineering and a severely restrictive engine.

Read: The 2008 Tesla Roadster Is A Great Way To See How Far The Company Has Come 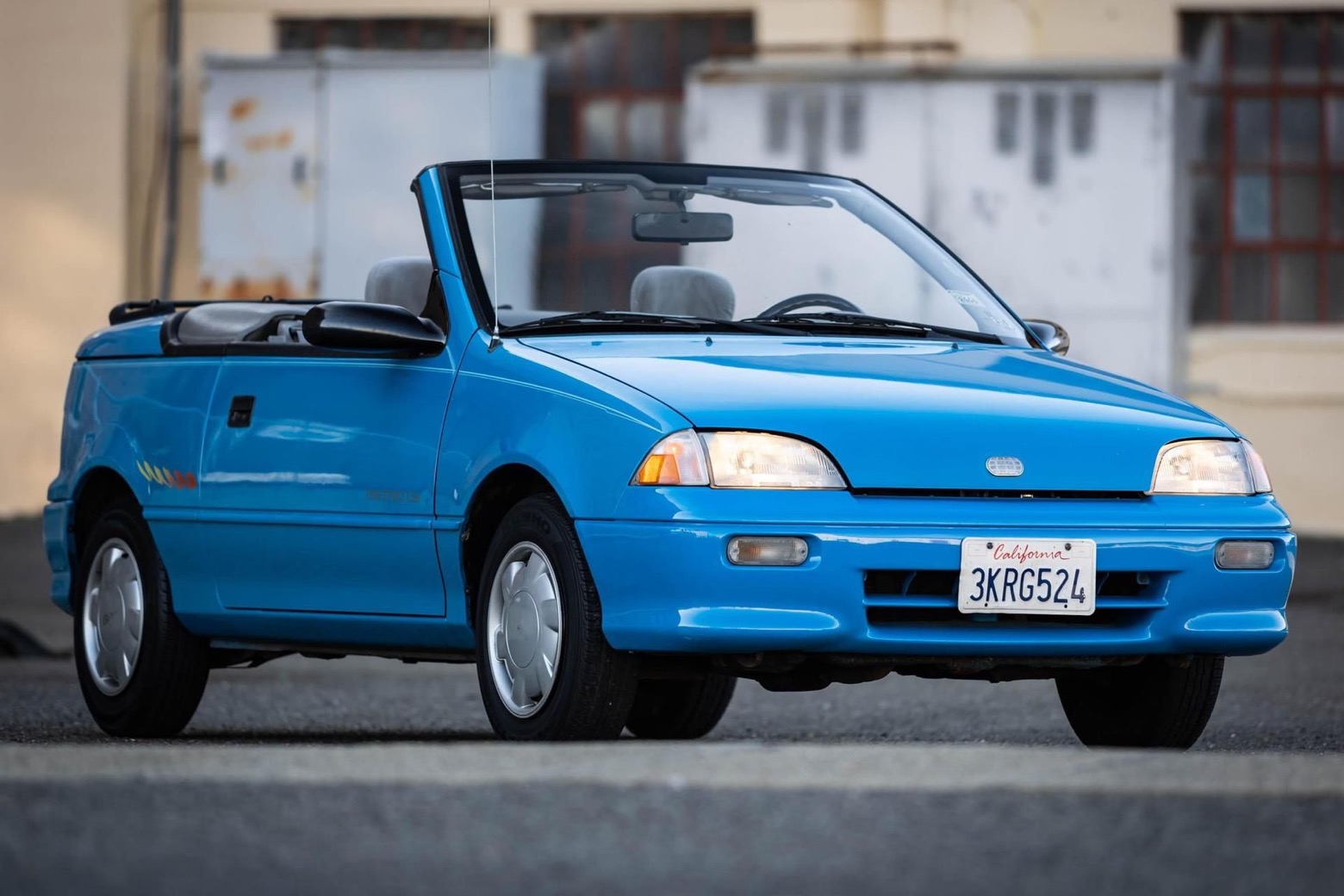 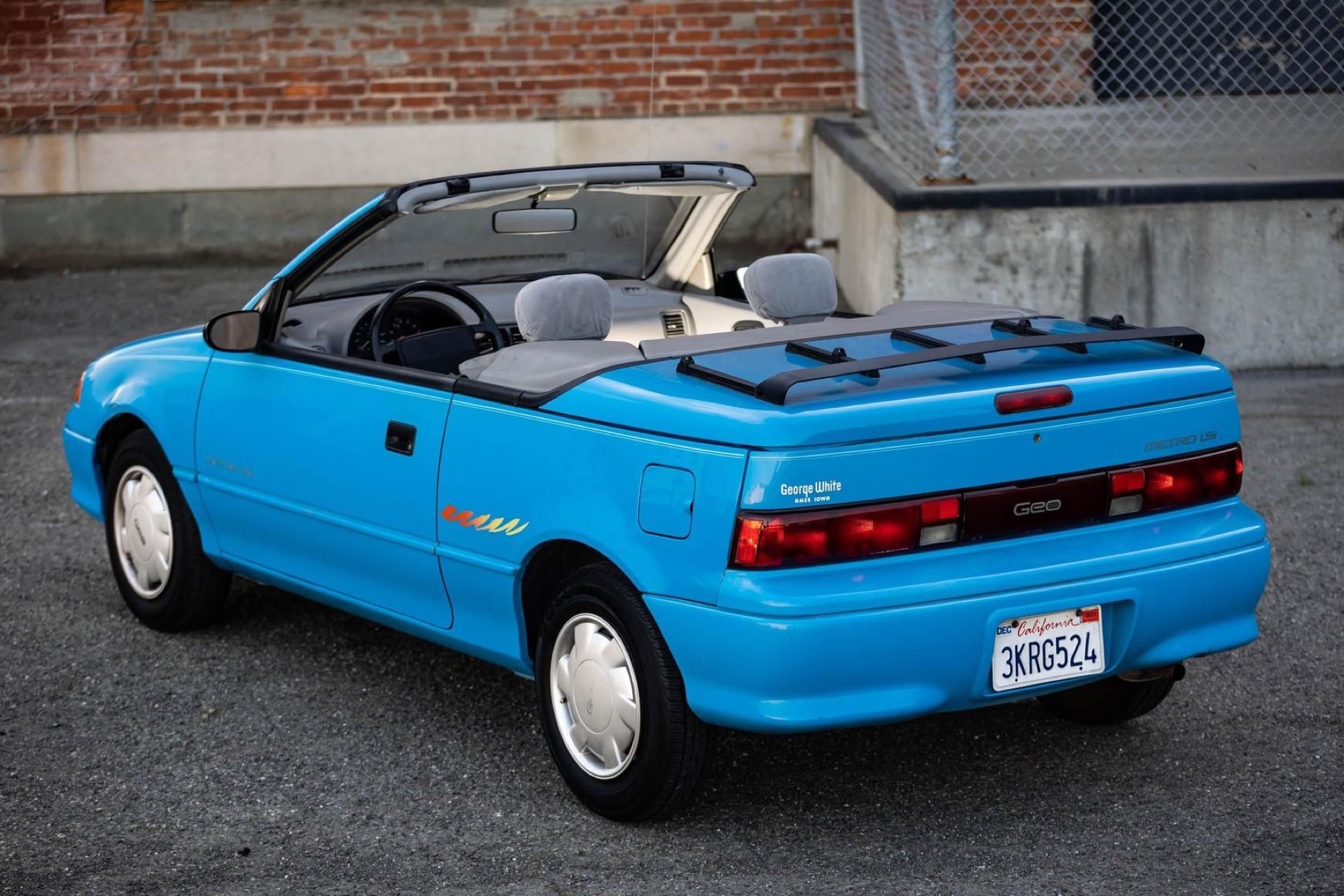 Taking us through some of the features of the Metro, Doug commences his review revealing the cheap key and paper-thin door panels while mentioning that the car doesn’t offer any form of protection. Still, the soft top on this open-top Metro is nostalgic, with one of the first quirks mentioned in the video being just how you operate the manual mechanism.

The interior isn’t much either, but what else other than cheap plastic and ugly seats (albeit with color-matched stitching for a sporty feel on a budget) could you ask for from a convertible that cost under $10K off the showroom? All is not lost, though; you still get an airbag and air conditioning. The latter, coincidentally, cuts the power by around 20% when used, or so says the owner. Still, it was an excellent option to have for the time. If you can look past all of the bad, which is a lot, then this car might be of worth to someone, perhaps merely for the “uncool” factor alone.