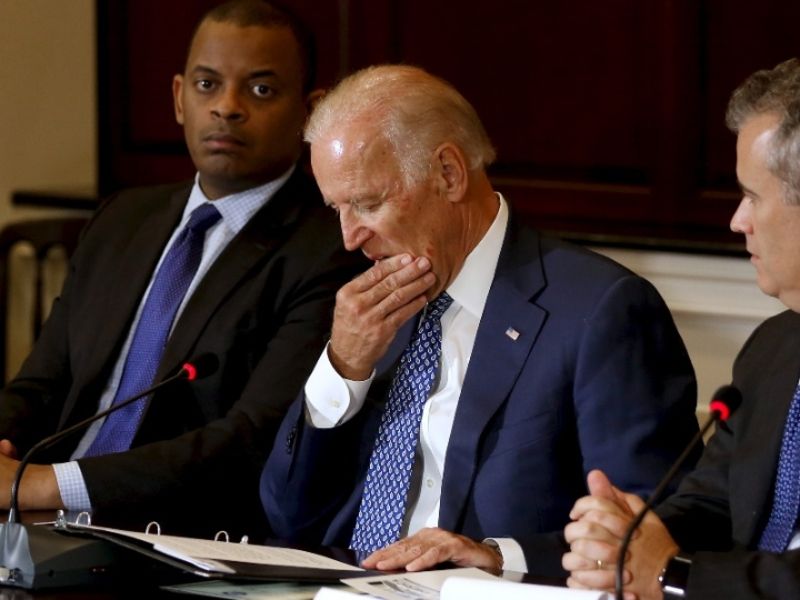 From his role as mayor of Charlotte, N.C., to his stint as transportation secretary under President Barack Obama from 2013 to 2017, Anthony Foxx has long advocated for accessibility across U.S. transit systems, innovation in mobility and equity in transportation policy.

Foxx, 50, is now chief policy officer at Lyft. He spoke with Reporters Pete Bigelow and Alexa St. John on the May 10 episode of “Shift: A Podcast About Mobility” about the current administration’s infrastructure proposal, the transition to electric vehicles and transportation equity. Here are edited excerpts.

Q: President Joe Biden has introduced a $2 trillion plan to overhaul America’s infrastructure. How does this compare with infrastructure plans of the past?

The ambitions of this president are really pushing the edges — bigger investment, more innovation in the investment, more attention to equity issues, more attention to research and development, and, frankly, a broader definition of infrastructure than we’ve traditionally had. I think it’s both evolutionary and revolutionary. I don’t think we’ve seen a president who had this kind of passion for infrastructure since Eisenhower.

The U.S. has received a C-minus grade from the American Society of Civil Engineers on infrastructure. Do you think that’s on target?

A big part of the unacceptability of it is the degree to which we have not fully examined the future needs of our country. It’s not simply a question of whether there are potholes in the roads or whether our freight rail systems are jammed up in certain parts of the country or whether our ports have good access. It’s also a question of what kind of country do we want to be?

There is actually a fiscal driver to starting to look at actually taking down infrastructure that’s no longer providing the economic advantage that we once thought it did, that’s no longer providing a travel advantage that we once thought it did, and that may even have been part of what created some of the physical divisions in certain communities. But then there’s the other piece of like what new investments, what new things are we going to need to be thinking about going forward?

To encourage electric vehicles, do we need to replicate the idea that we have a gas station on every corner or every mile on the highway?

There certainly will be and should be the old-school station type of layout. But even that may leave some communities out and there may be other mechanisms that can be developed that would be more varied. I think that’s one of the opportunities that this administration has backing 500,000 charging stations across the country. The sheer buying power of the federal government to fuel — literally — innovation and how these charging stations are deployed and whether there are different models that need to be put out there, that is critical.

Forty years ago, it would have been a much more difficult transition to make. We’re entering a time where a lot of companies have large fleets that people utilize. If we can incentivize fleet owners to rapidly adopt electric vehicles, that in and of itself would make a huge and immediate difference in the conversion of the overall American fleet.

One aspect of Biden’s proposal seeks to address racial inequalities in our transportation system.

The idea that we’re now talking about correcting some of that and starting to reclaim some of that land [used by highways], maybe repurpose it, maybe create more open spaces, maybe affordable housing, whatever can be done, I think is really important at a time when we’re trying to restore the fabric of our country and make it, perhaps, better than it’s ever been by connecting people who come from different walks of life and maybe have different income levels but share the love of this country. We’ve got to figure out a way to live together, and part of that is fixing our physical spaces to match our national ethos.

The economy of rural areas and the connection it has to the larger economy is partly an issue of transportation. In cities, you do still have transportation deserts. You still have places where the transit system doesn’t quite reach people quite as much, and COVID has made it harder because transit systems lost so much revenue, a lot of systems reduced service substantially, and getting that service cranked back up is going to be tough.

So how do you do it? The concept of inner-city passenger rail is actually really important, particularly for rural access. Having strong, high-speed inner-city rail could be a game changer in terms of job access for people who live in rural communities. I also think that operating support for our transit systems is necessary.

Are we at an inflection point now because of COVID-19, with people changing their transportation habits?

Americans are realizing that we just went through an existential threat to our own individual lives, and hopefully we’re on the other side of it. But not only do we not want to repeat that, I also think people are looking for real meaning in their lives and they’re looking for ways that they can incorporate a better way of living into the future. Transit, inner-city rail, biking, walking, better land-use choices, bigger, bolder federal reach into building our transportation system and helping it sustain itself, climate change — all these things are pieces of where I think Americans want to go.