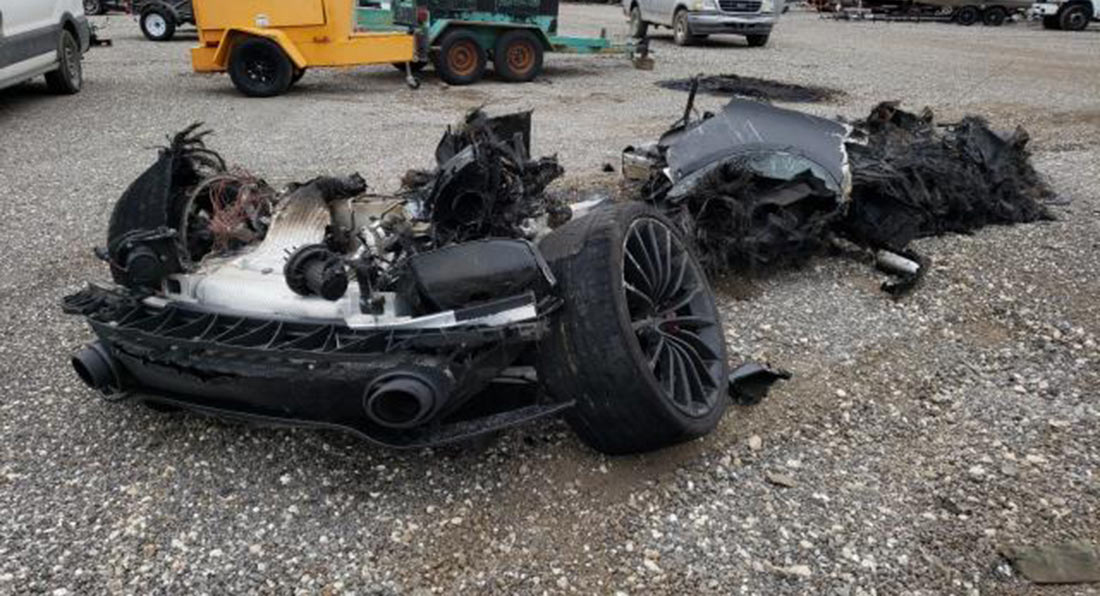 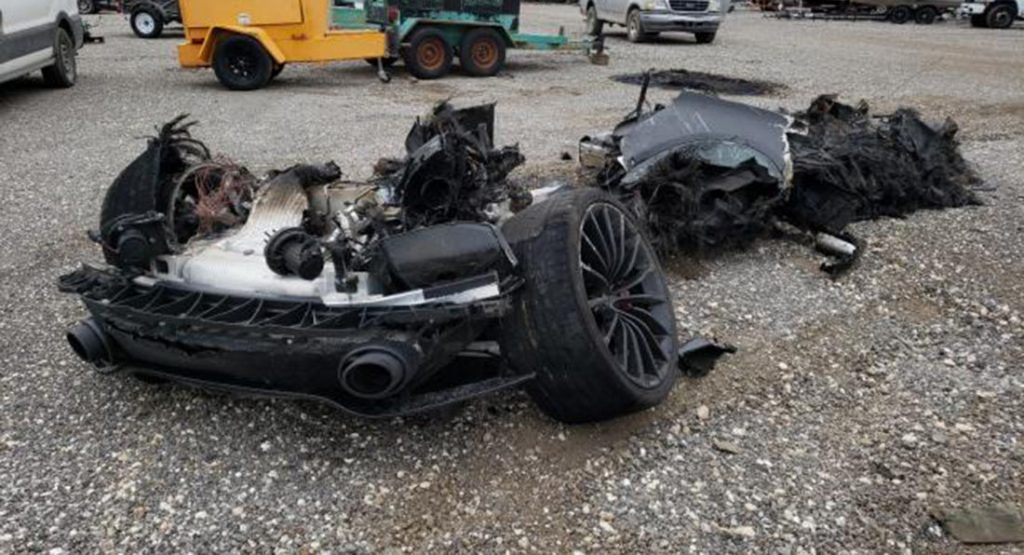 What you’re looking at can’t really be considered a car anymore as it is nothing more than a burnt-out pile of scrap but believe it or not, it used to be a McLaren GT.

Watch Also: McLaren GT Devours Corners Like No Other In Official Promo

Limited details about the car are provided in the listing, other than the obvious fact that its primary damage is stated as ‘burn’ while the secondary damage is listed as ‘all over.’ Just how the GT ended up in this sorry state is unclear but it was probably either involved in a crash that triggered a fire or it suffered some kind of issue that caused it to combust. Of course, there’s also the possibility that it was caught up in a house or structure fire.

Regardless of what destroyed this McLaren, the damage is so comprehensive that the car is almost impossible to identify. In fact, the only parts that give away its identity are the wheels, the rear diffuser, and the tailpipes.

As the McLaren GT is made largely from carbon fiber, huge shards of melted and destroyed carbon are visible in the photos. As for why anyone would pay real money to buy this… thing, well, we really have no idea.

2022 BMW X3 and X3 M First Look: Are You Into X and M?
Three Ferraris Crash Into Each Other On Philadelphia Highway
Next-gen Toyota Land Cruiser debuts with twin-turbo V-6, but it’s not coming to the U.S.
Ford Unleashes 2021 F-150 Raptor Horsepower, Torque Numbers
Daimler CEO hits back at critics of ‘greenness’ of plug-in hybrid cars