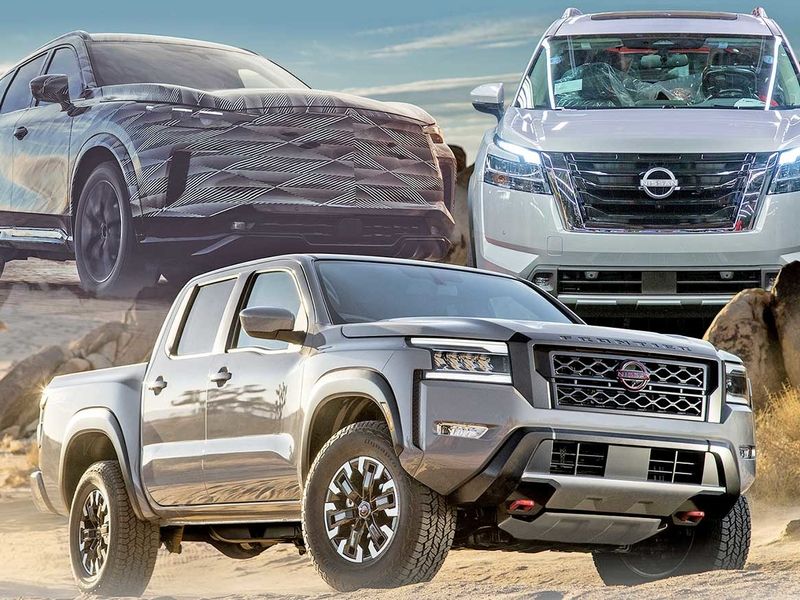 The industrywide shortage of microchips is adding an extra layer of tension to an automotive ritual that is tense in normal times: factory launches of critical new products.

The chip shortage and its resulting drag on production flow is striking as Nissan Motor Co. orchestrates a product overhaul that is central to reviving consumer interest and profitability in the U.S.

“We prioritized our new models — that’s the bedrock of Nissan Next,” Colleran said, referring to a strategic turnaround plan introduced last year.

The situation is precarious for several brands — including Volkswagen, Jeep and Ford — which also have critical launches planned.

Automakers are facing conflicting priorities, noted Jeff Schuster, president of global forecasting at LMC Automotive: having to juggle the limited chip supply between high-profile new introductions and bread-and-butter models already on the market.

“The industry is getting very creative in how they’re navigating this,” Schuster said. “There’s a lot of real-time management going on — it’s beyond challenging at this point.”

To ensure vehicles get to dealership lots on time, automakers are flying chips to their U.S. factories and even building cars without certain high-end options.

Colleran described the chip crisis as even more challenging because the shortage is occurring at the same time as a post-COVID-19 surge in demand for new vehicles.

“You have a lot of stimulus in the marketplace right now,” he said. “It makes for a very interesting landscape.”

For now, Nissan has managed to find the chips needed to get the high-profit Pathfinder rolling off the assembly line. Production of the three-row crossover began at Nissan’s Smyrna, Tenn., factory this month, with deliveries slated to begin in early summer.

“It’s required us to be on our toes on a day-to-day basis and work every day to understand what the supply chain looks like, what our suppliers can provide us,” he said. “We meet daily and talk about how we allocate the chips to the components, ensuring that we’re protecting our launches, that we’re living up to the contractual commitments that need to be satisfied,” such as rental fleets.

Nissan is doing what it can with a situation that is out of its control — including resorting to air-freighting the chips.

“The chip industry can only produce so many chips,” Colleran said. “We’re asking for more than our fair share, and you just work with the chip manufacturers to ensure the best supply that you can get.”

Nissan’s U.S. factories in Tennessee and Mississippi have been spared the weekslong shutdowns experienced by the Detroit 3, halting lines only a few days each month.

Since January, Nissan has pulled from production about 20,000 vehicles because of chip-related stoppages, according to AutoForecast Solutions data.

In contrast, Ford has pulled from production about 235,000 vehicles so far this year, the research company noted.

Nissan’s U.S. dealers have a roughly 50-day vehicle supply, which is at the lower end of the 50- to 65-day supply the automaker aims to have.

“We’ve got almost 150,000 units in dealer inventory, so we can certainly satisfy the demand that’s in the marketplace right now,” Colleran said.

Nissan is prioritizing high-volume models such as the Sentra, Rogue and Kicks for the limited supply of microprocessors.

“It’s a bit of a Rubik’s cube,” Colleran said, referring to allocation decisions.

Some analysts believe the chip shortage will worsen until at least the third quarter.

Reduced vehicle output contributed to Nissan’s fiscal 2020 operating loss, which ballooned to $1.38 billion from a $370 million shortfall a year earlier.

“While working to minimize the impact of these risks and factoring the potential impact, Nissan has set operating profit forecast at plus or minus zero,” the company noted.

“There’s a little bit of opaqueness on exactly what’s going to happen going forward,” he said, “but generally, we see a good second-half recovery.”

Bloomberg contributed to this report.

Tesla’s Robotaxi network could be more profitable than expected: ARK Invest
Actually, we saw this truck coming from miles away
Bosch plans consolidation in Michigan as it develops ‘smart work’ office return
Kaido House Has Mastered the Art of Custom Diecast Models
James May Tests Out The Latest Dacia Sandero…Against His Own Bicycle