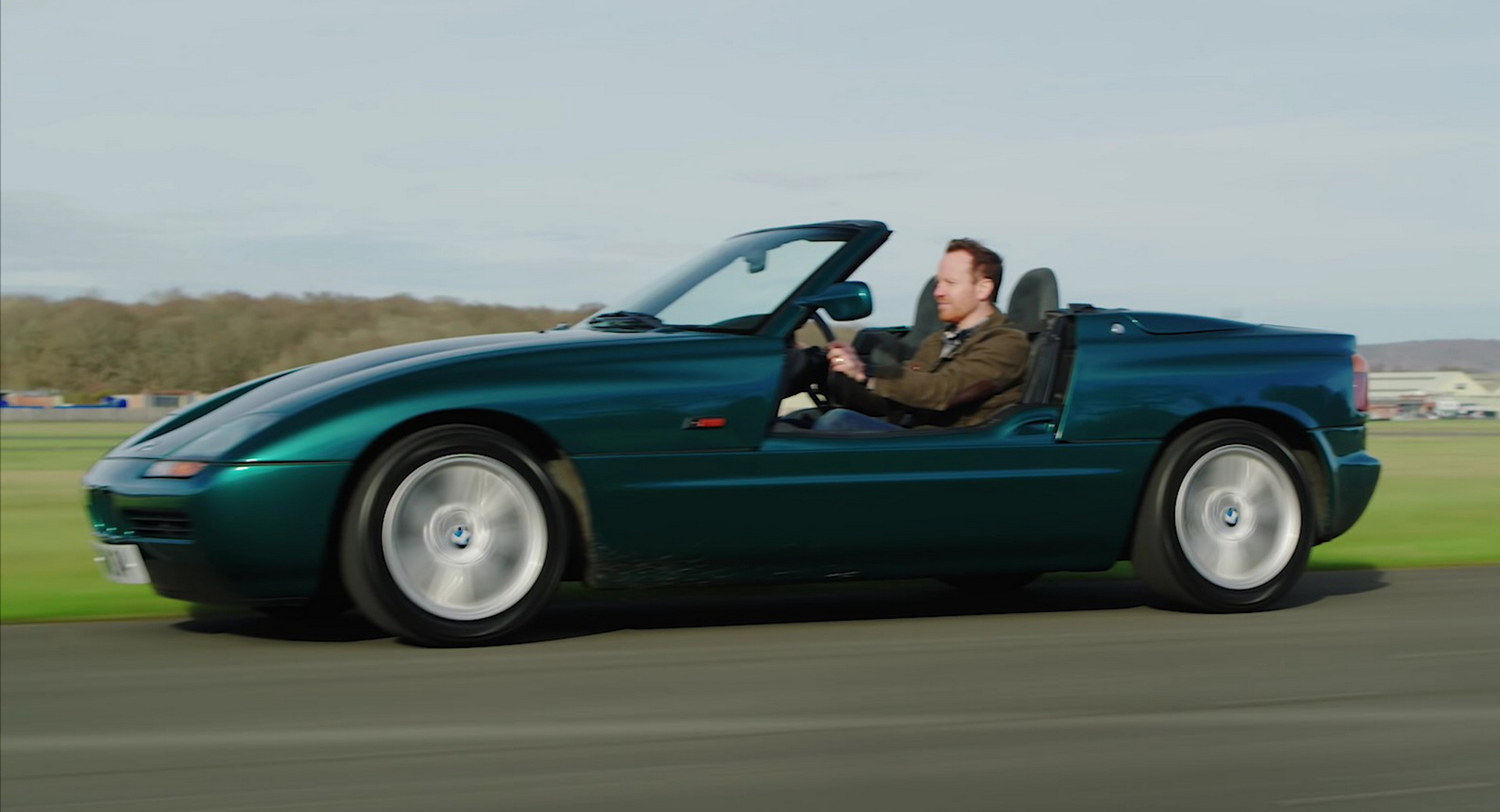 There are cars with scissor, butterfly and gullwing doors, and then there’s the BMW Z1. Way ahead of its time in some regards, a bit behind the times in others, how do we feel about it 30 years after it was discontinued?

So is it worth it? Well, its 2.5-liter straight-six produces around 170 hp and 168 lb-ft of torque. That’s not an enormous amount, but the engine and 5-speed manual transmission do come from an E30 325i, so it’s good stuff.

Read Also: This 2,377 Mile BMW Z1 Looks Brand New And Is Up For Auction

Weighing in at 1,250 kg (2,755 lbs), though, it’s on the heavy side for a two-seat roadster from the late ’80s. Between the weight, the long gearing, and the engine that only revs to 6,500 RPM, its performance isn’t exactly mind-blowing. As Rix puts it, “it could do with a little less pork, and a bit more poke.”

On the other hand, the doors serve their purpose. BMW’s official line on their unusual construction, where the slided vertically into the (high) sills, was that they wanted drivers to feel more at one with the road. You didn’t just feel the sky above, but the world around you, too.

And it kind of worked. Rix reports that with the doors down “50 mph feels more like 80 with all the road rushing past.”

The doors aren’t the car’s only weird feature. The body is made of Xenoy thermoplastic that can bend and deform and pop back into place. And all the body panels are removable.

Ignore the fact that the Pontiac Fiero could do that, too, and you have an exciting prospect for second-hand buyers. Plastic body panels mean no rust repair for the bodywork, and even if a panel is broken, you can just swap it out.

The design was clever, too. The raked windshield and the pointy body gave the car a 0.36 drag coefficient, which was pretty good for the ’80s.

It all came at a price, though. In 1988, it cost the equivalent of £77,000 ($108,185 USD) in today’s money. That meant that sales were slow and by 1991, the car was discontinued. Still, as a concept car put into production, the Z1 is an oddity that can deliver some thrills thanks to its unique doors, some conversation thanks to its design, and maybe even some profit thanks to its rarity. Not a bad combination.

Tesla’s Robotaxi network could be more profitable than expected: ARK Invest
Actually, we saw this truck coming from miles away
The Ultimate BMW M4 Will Set You Back $530,000, and It’s Not Road Legal
Honda previews next-gen Civic hatchback
MG gains on established brands in Europe with EV push