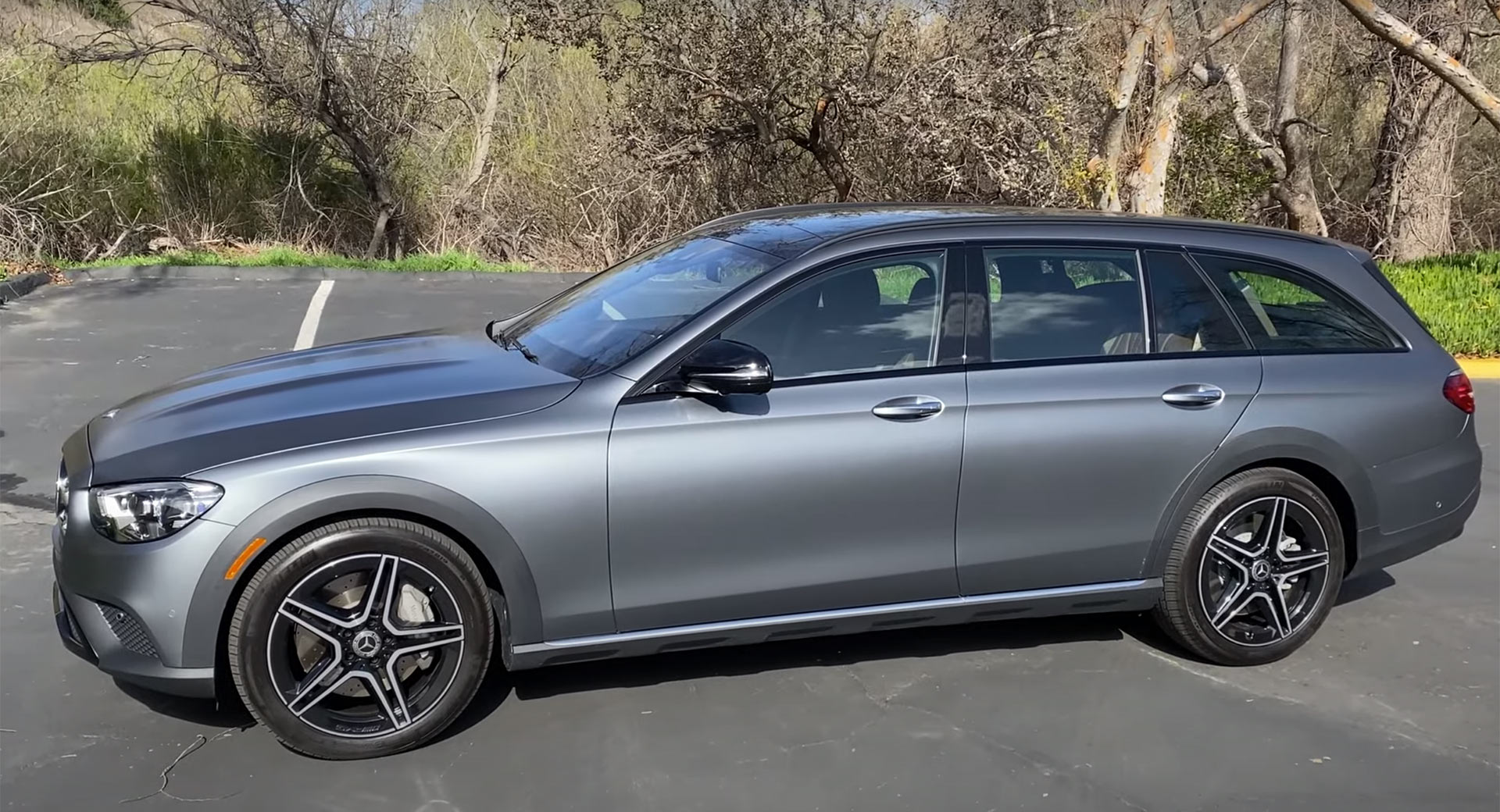 While the current-generation Mercedes-Benz E-Class has been around since 2017, it recently benefited from a facelift and as Doug DeMuro recently discovered, it is a seriously impressive car.

Watch Also: 2021 Mercedes-Benz E 450 4Matic Has All You Could Want From A Luxury Sedan

During his review, one of the first features that DeMuro focuses on is the MBUX system. He is also particularly impressed with the semi-autonomous driving system of the new E-Class, noting that you can keep your hands off the wheel for 45 seconds. The system also includes automatic lane changes; all you have to do is flip on the turn signal and the car will change lanes for you. He adds that he sees no advantage to Tesla Autopilot over the system that Mercedes-Benz has created.

As you probably already know, the All-Terrain version of the E-Class has replaced the standard Wagon variant in North America. It stands out thanks to a handful of unique features such as plastic cladding on the lower parts of the body, an increased ride height, and all-wheel drive as standard on all versions, and has been positioned squarely as a rival to the Audi A6 Allroad.