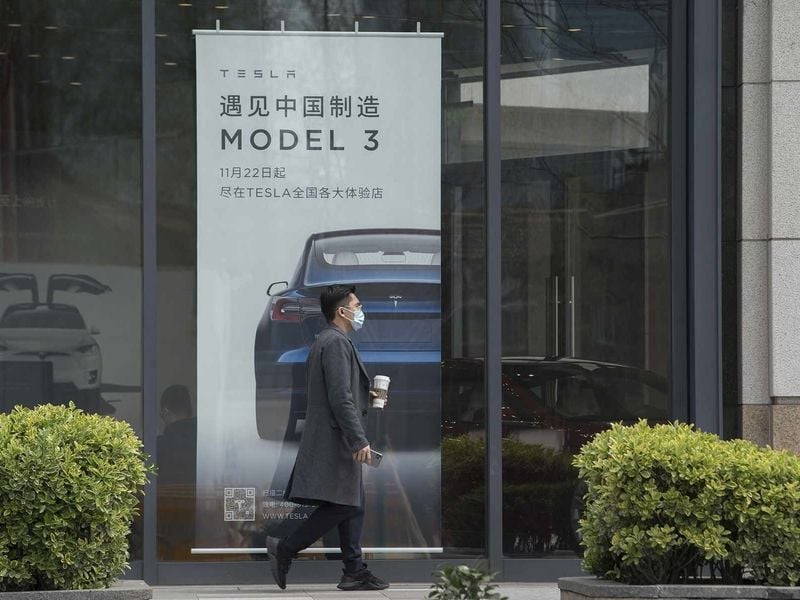 SHANGHAI/HONG KONG — Tesla Inc. is in talks with Chinese battery maker EVE Energy Co. to add the firm to its Shanghai factory supply chain, four people familiar with the matter said, as it seeks to boost procurement of lower-cost batteries.

EVE makes lithium iron phosphate batteries, which are cheaper to produce because they use iron instead of more expensive nickel and cobalt.

But LFP batteries generally offer a shorter range on a single charge than the more popular nickel/cobalt alternative.

EVE would become the second supplier of LFP batteries to Tesla after China’s Contemporary Amperex Technology Co., or CATL.

The talks are advanced and the Palo Alto, California-based automaker is seeking to finalize the partnership in the third quarter, said two of the people.

Shenzhen-listed EVE is running some final-stage tests of its products for Tesla, said one person.

Shares of the Chinese battery firm jumped more than 10 percent in afternoon trade on Friday following the Reuters report about the talks.

All sources declined to be identified as the discussions are private. Tesla and EVE did not reply to Reuters requests for comment.

Tesla CEO Elon Musk said this year the company was shifting standard-range cars to an iron cathode battery due to concerns about the supply of nickel for scaling up battery production.

The talks come as Tesla faces growing competition from Chinese rivals such as Nio and Li Auto, as well as mounting cost pressure.

Data showed this week that China’s factory gate prices rose at their fastest pace in three and a half years in April as the world’s second-largest economy gathers momentum.

Tesla also faces mounting regulatory pressure in China after consumer disputes over product safety and scrutiny over how it handles data.

The company is using batteries from CATL and South Korea’s LG Chem for its China-made Model 3 and Model Y cars.

CATL has been the sole supplier of the LFP batteries for China-made Model 3 cars with standard driving ranges since late last year.

Three of the sources said Tesla has been working closely with EVE to get its batteries to meet its requirements, as it aims to bring in the supplier as, what one of the sources called, a “check and balance” against CATL.

One of the sources said Tesla could start using EVE’s LFP batteries in the China-made Model 3 and Model Y vehicles within the next six months and EVE had ramped up production in order to be prepared for the possible partnership.