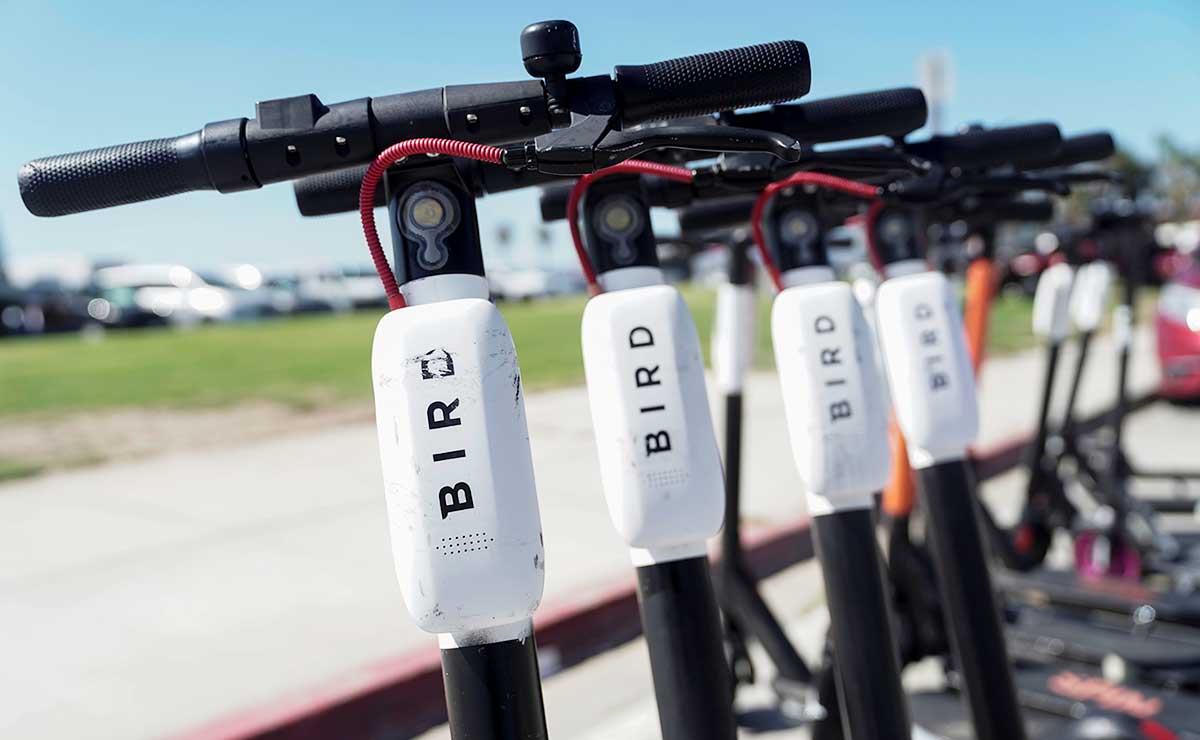 A special purpose acquisition company called Switchback II Corp. will take Bird public and provide as much as $428 million in funding to the business. The deal has an enterprise value of about $2.3 billion, the companies said in a statement Wednesday.

The transaction includes private funding from Fidelity Investments, which had previously backed Bird, as well as a credit facility from other firms. The deal is expected to close in the third quarter. Bird is expected to trade on the New York Stock Exchange.

A former Uber Technologies Inc. executive, Travis VanderZanden, helped start Bird in 2017. It dropped electric scooters onto the sidewalks of major cities and let customers remotely unlock and rent them using an app. The model was widely copied, including by Uber, and turned Bird into one of the fastest startups to reach a $1 billion valuation.

It took only a few years for the scooter fad to fade. Bird and its closest competitor, Lime, cut staff and dialed back operations. Uber also retreated. The coronavirus pandemic dealt a further blow when people curbed travel and fled the city centers that scooter companies occupy.

SPACs provide a path to fundraising and the public markets seen as more friendly to cash-burning companies. Last year was by far the biggest for such deals, which have slowed in 2021.

Switchback II listed in January and at first indicated it would seek to combine with an energy company. In a statement, Bird highlighted its green-energy focus and said it would introduce additional vehicle options, such as bikes, in a bid to reduce use of gasoline cars.

What you need to know

Waymo, GM’s Cruise seek permits to charge for self-driving rides in San Francisco, report says Alphabet Inc.’s Waymo and rival Cruise have applied for permits to start charging for rides and delivery using autonomous vehicles in San Francisco, state documents reviewed by Reuters showed. The moves set the stage for the biggest tests yet of their technology in a dense urban environment. Neither company revealed when they intend to launch services. They detailed contrasting deployment plans, with Waymo starting with “drivered operations” and Cruise expecting to deploy vehicles without humans behind the wheel. California’s Department of Motor Vehicles has yet to decide on the previously unreported applications made by Waymo on Jan. 19 and by Cruise on March 29, according to the documents. The agency had no immediate comment on Tuesday.

Volkswagen, Argo to begin AV trials in Munich Volkswagen AG and self-driving startup Argo AI will launch international autonomous driving trials of the electric VW ID Buzz microbus this summer, the German automaker said Wednesday. The first self-driving prototypes based on the ID Buzz will begin testing in Munich, Volkswagen said. The company said its aim with the self-driving version of the ID Buzz was to facilitate commercial deployment of transport and delivery services in 2025.

Ultium Cells, the joint venture of General Motors and LG Energy Solution, has partnered with Li-Cycle to recycle up to 100 percent of material scrap from battery cell manufacturing.

The new Volkswagen ID4 may be the 2021 World Car of the Year, but there’s one thing it isn’t yet: profitable.

Pony.ai said its next-generation technology for robotaxis will use lidars made by Luminar Technologies.

Self-driving truck startup Plus plans to go public through a merger with blank-check company Hennessy Capital Investment Corp. V in a deal that values Plus at $3.3 billion.

AVs can have human vision with camera technology from California startup Light.

Tesla Inc. told a California regulator that it may not achieve full self-driving technology by the end of this year, Reuters reports.

Fraser Dunn is leaving his post as chief engineer of special projects for Aston Martin to join the Project Arrow team, which is developing the first Canadian-made, zero-emissions, autonomous vehicle.

If the European Union wants to push a faster shift to zero-emissions cars then Daimler is ready, but open debate is needed on the impact electrification will have on auto jobs, says CEO Ola Kallenius.

Despite setbacks, Volkswagen Group brands are ready to robo.