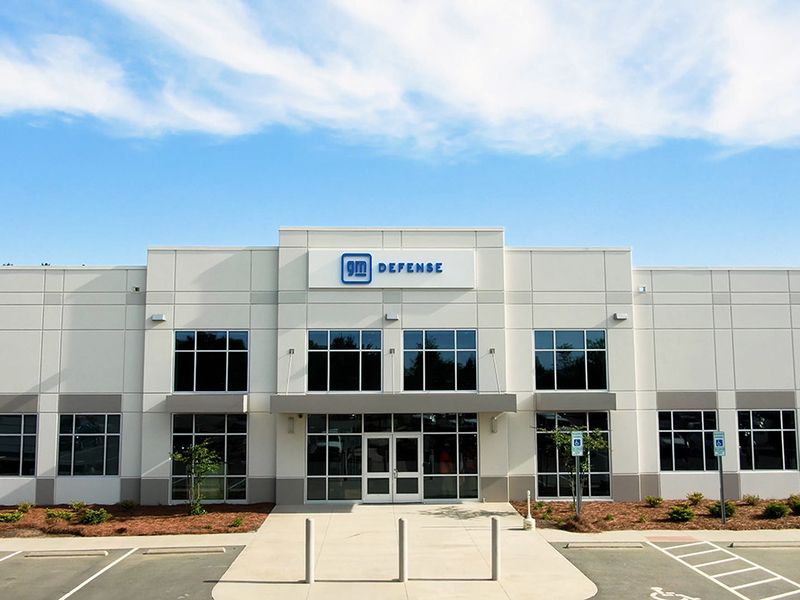 The truck is the first major product for GM Defense since it was reestablished by the automaker in 2017. The original GM Defense, which helped U.S. combat efforts beginning with World War I, was acquired by General Dynamics in 2003.

GM Defense’s new president, Steve duMont, joins the company from Raytheon Intelligence & Space, where he implemented a global growth strategy. He previously worked for BAE Systems and Boeing. From 1993 to 2001, duMont was an aviation officer and attack helicopter pilot in the U.S. Army. Former President David Albritton left the company in November to join Amazon Web Services.

The initial Infantry Squad Vehicles were built at GM’s Milford Proving Ground in Michigan. The North Carolina plant was built in just 90 days to meet the Army’s April 1 production timeline. GM Defense transported the tools from Milford and installed them at the new plant.

“It will actually prompt the process technicians on what fastener needs to be addressed and when, and it also enables that via Bluetooth technology for each of the tools that they would use. So they can’t just randomly pick up the wrong tool and use it in place of the correct tool,” said Joe Moraschinelli, senior manager.

“There’s a lot of similarities between racing and defense,” said Mark Dickens, chief architectural engineer at GM Defense. “It’s optimizing for a very particular intense use. My background and my engineering team came from the high-performance side, so it was a natural extension of our capability.”

The Infantry Squad Vehicle, based on the Chevrolet Colorado ZR2, can transport nine soldiers and their equipment. Despite coronavirus-related challenges, GM developed the vehicle in just four months after it was awarded the contract.

The truck is made up of 90 percent commercial, off-the-shelf parts, including Chevy Performance race components, and was engineered for rapid movement. It is light enough to be sling loaded from, or carried beneath, a UH-60 Black Hawk helicopter and can fit inside a CH-47 Chinook helicopter to be transported by air.

“That flow of commercial to defense is a window into what we could do when you start to think about battery-electric,” said Dickens.

GM Defense showed an all-electric concept version of the vehicle at its plant opening. It was retrofitted with EV components from the 2021 Chevrolet Bolt. GM Defense has no plans to build an electric Infantry Squad Vehicle, but the concept shows the company’s capability, said Dickens.

“The acceleration and performance were very comparable between the two. The vehicle’s overall mass was very similar, so it can still be sling loaded,” Dickens said.