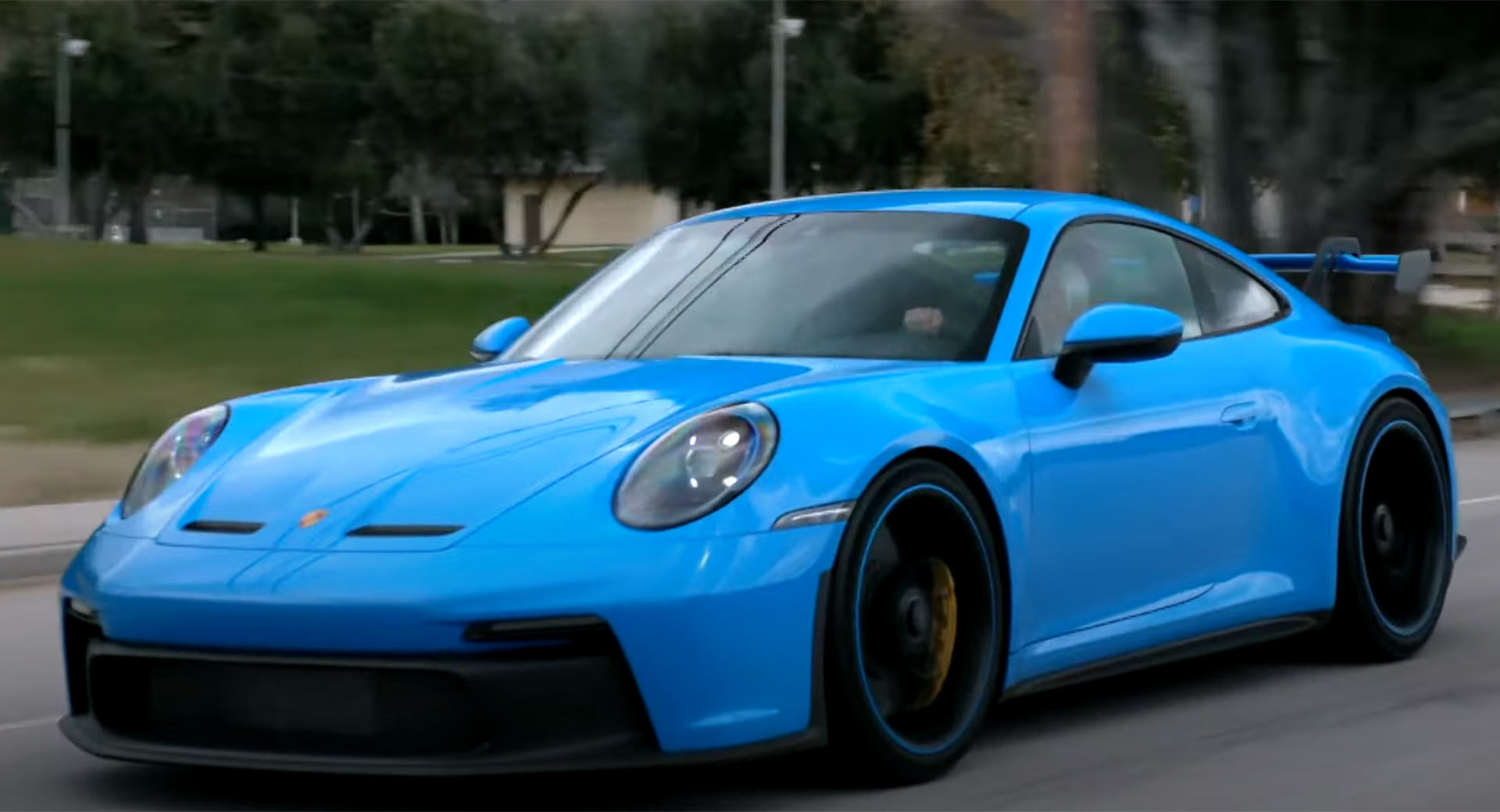 The 2022 Porsche 911 GT3 is the performance car of the moment and not long after journalists across Europe and North America had the opportunity to put it through its paces, the German automaker recently brought the car to Jay Leno’s Garage in Los Angeles.

Adorning the exterior of the car is Porsche’s new shade of Shark Blue that definitely makes makes it stand out. Leno notes that it does look largely similar to the previous-generation model but does notice that it is wider and also thinks that the swan neck rear wing looks better than a traditional one.

Throughout the video, Leno speaks with Porsche Factory Racing Driver Patrick Long who explains many of the car’s upgrades, in particular its advanced double wishbone suspension which dramatically improves the vehicle’s handling and front end grip.

Towards the end of the clip, Leno heads out onto the street. The car he was testing was equipped with the dual-clutch PDK transmission rather than the six-speed manual. Driving through the streets of Los Angeles isn’t the best place to test out the performance credentials of a car like the 911 GT3, but Leno says that even on the harsh and pothole-ridden roads of LA, the sports car rides comfortably and always feels poised.