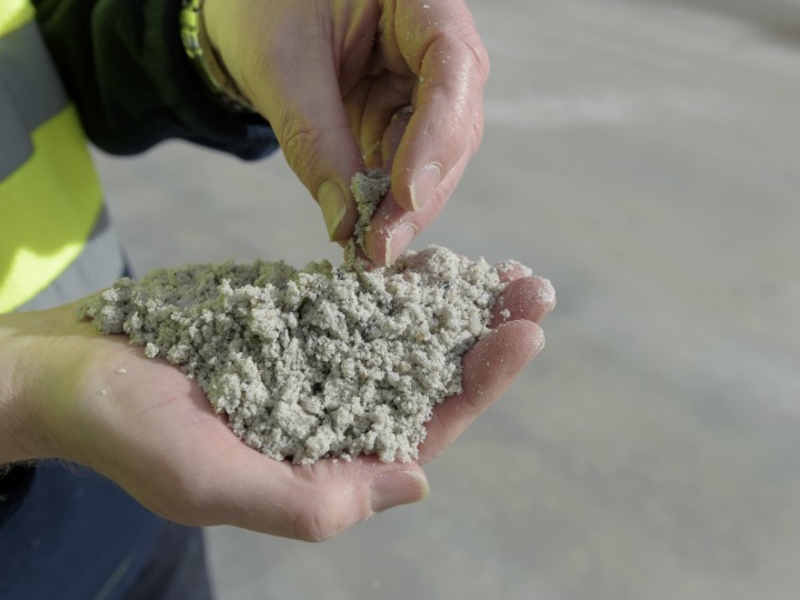 With an eye on rapidly rising demand for German electric vehicles, power and mining companies alike are striving to bring to the surface lithium trapped in underground springs of boiling hot water thousands of meters below the Rhine river.

Straddling an area 300 km (186 miles) long and up to 40 km wide, the Upper-Rhine Valley in the Black Forest area of southwestern Germany holds enough lithium for more than 400 million electric cars, geologists have estimated, making it one of the world’s biggest deposits.

It could reduce the reliance of the German car industry, also located in southwestern Germany, on imported lithium and early-stage talks are under way with automakers.

But skeptics question the economics and are also troubled by possible local opposition, which can be more vociferous in densely populated Europe than in remote Australia or the deserts of South America that have been the source of lithium supplies to date.

Undeterred, German-Australian start-up Vulcan Energy Resources says it can deliver carbon-neutral lithium, based on extraction using geothermal energy harnessed by up to five power stations it plans to construct.

German utility EnBW already has geothermal power stations and is exploring whether lithium can be a profitable by-product.

“The lithium deposit we’re talking about here is gigantic and its properties are ideal for our goal of producing high-quality lithium on a large industrial scale in Germany,” Vulcan Energy Resources co-founder Horst Kreuter told Reuters.

The company plans to invest 1.7 billion euros ($2 billion), of which it has so far raised about 75 million euros, to build geothermal power stations and facilities to extract the lithium.

It says it could be extracting 15,000 tons of lithium hydroxide per year at two sites by 2024 and then, in a second phase from 2025 onwards, it targets an output of 40,000 tons per year at up to three additional sites.

Kreuter says he is already in talks with cathode and battery manufacturers, as well as the car industry.

He has powerful backing from Hancock Prospecting, led by Executive Chairman Gina Rinehart, one of Australia’s leading investors.

In an emailed statement, Hancock Prospecting said it was focusing on lithium projects with “the potential to produce a high-quality product at a competitive cost” and was supporting Vulcan in its development of a pilot plant.

As an ingredient for the batteries needed for a low carbon economy, lithium is often referred to as white gold.

But its economics have a difficult history. Projects have often fallen behind schedule and its price has been volatile, depending on supply bottlenecks and gluts. Prices have soared this year as demand from the EV sector has begun to outstrip supply.

Kreuter predicts lithium can sustain a price at least on a par with current levels.

“We calculate internally with a market price of $13,000 per ton of lithium hydroxide by 2025,” Kreuter said, adding that extraction costs in Germany would be “well below” that level, without being more specific.

The European Union is counting on EVs to help it meet its climate goals. Last year, it added lithium to its critical raw materials list and set out a plan to guarantee supplies to support a green recovery.

The European Commission, the EU executive, has estimated Europe would need up to 18 times more lithium by 2030 compared with now and 60 times more by 2050.

So far, the bulk of lithium has been imported from the area of South America known as the lithium triangle, where it is produced by evaporation from salars, or salt flats.

Australian hard rock lithium relies on energy-intensive processes to extract it, in addition to the carbon cost of shipping it around the world.

In Europe, Portugal is the biggest lithium producer, but its miners sell almost exclusively to the ceramics industry and are just gearing up to produce the higher-grade lithium needed for batteries.

Geothermal drilling in 2007 caused underground layers of gypsum to swell to the extent houses were lifted and damaged in Staufen, a picturesque village in the Black Forest.

Thomas Koelbel, geothermal energy expert at utility EnBW, which plans to extract lithium at an existing plant in the town of Bruchsal, also in the Black Forest area, said the company had done all it can to prevent any local opposition.

“We have shown with our plant in Bruchsal that there is no extra noise burdening neighbors. There are no emissions at all,” he said.

EnBW estimates that 900 tons of lithium could be obtained per year at the Bruchsal site. It expects to produce lithium for test purposes from a prototype around the end of the year and make a final decision about the project’s feasibility by 2024.

Some investors are reticent because of doubts about how quickly commercial scale extraction of lithium from thermal waters can be developed in Europe.

“If you look at Vulcan’s project development plan, it might be argued to be rather novel. Even investments in conventional lithium projects over the last few years haven’t had an easy run,” analyst Reg Spencer of Canaccord Genuity in Sydney said.

The car industry is also interested, but not relying on it.

A spokeswoman for Mercedes-Benz said the company was in early talks and would reassess the situation as soon as Vulcan had analyzed the first exploration material and could deliver reliable forecasts on delivery volumes.

A BMW spokeswoman said the company was monitoring developments on the global lithium market and did not rule out buying German lithium if quality, delivery volumes, social and environmental standards were appropriate.

All parties acknowledge it will take time for substantial volumes to be delivered.

Michael Schmidt from the German Mineral Resources Agency (DERA) said that if expectations for production in three-to-four years are fulfilled, it would be just in time to help ease supply bottlenecks expected around the middle of the decade.

“Each tonne of lithium that Germany doesn’t have to import from abroad is better for its industry,” Schmidt said.