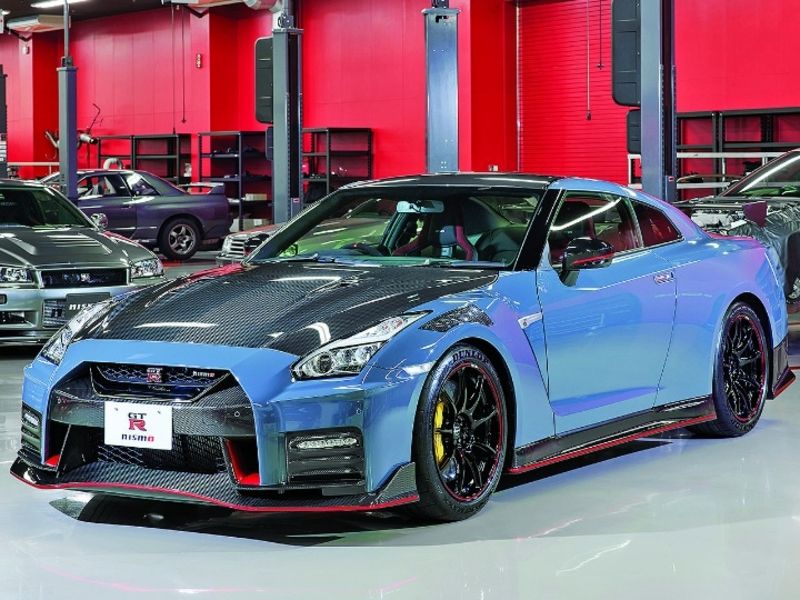 The Nissan GT-R is renowned worldwide as the Japanese brand’s top-tier image car, a 600-hp mean machine with a hand-built engine, stratospheric sticker and legions of rabid fans.

As of last week, McDonald’s Japan has been packing a toy version of the GT-R into its Happy Meals as a giveaway goody. Nissan announced the tie-up while unveiling a 2022 model-year special edition of the GT-R’s Nismo high-performance version.

Among the upgrades — a clear-coated carbon-fiber hood to cut weight and lend a track-ready look. Also, a new Stealth Gray body color. It also is adorned with Nissan’s minimalistic restyled brand logo.

A limited number of the special-edition GT-R Nismo vehicles — the real one, not the McDonald’s freebie — will go on sale this fall in North America.

The toy version is made by Tomica, Japan’s answer to Hot Wheels or Matchbox.

Also offered in the “Happy Sets,” as they are called in Japan, are toy versions of the Toyota 86, Mitsubishi Delica D:5 van and Suzuki Jimny off-roader.

Toyota, for its part, did not mention the marketing move in any of its official media materials.

QOTD: Who And Why Would Buy This Pile Of Burned McLaren Rubble?
What Makes The 2021 Mercedes-Benz E-Class So Impressive?
Tesla removes Bitcoin payment option over energy use concerns
Toyota UK Will Add Invisible Markings To Catalytic Converters To Help Catch Thieves
Partnerships urged for industry, government on AV deployment