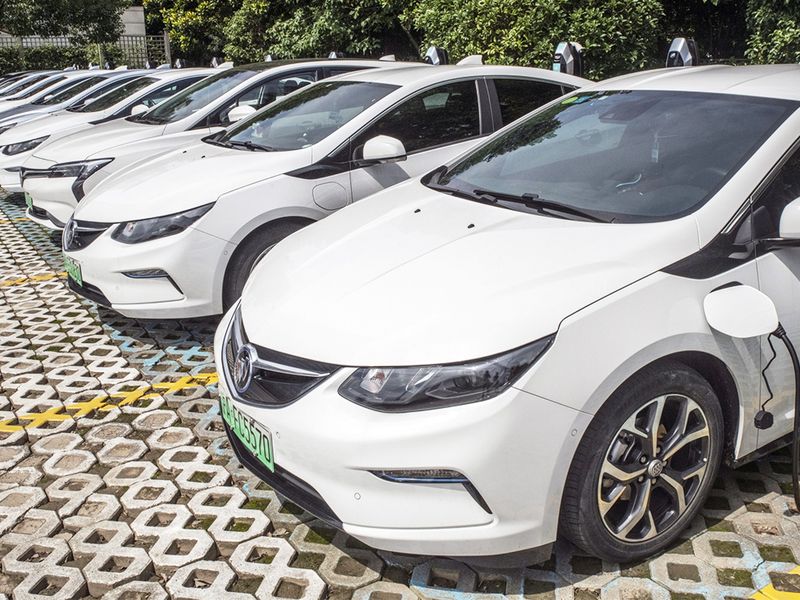 DETROIT — General Motors’ goal to have a fully zero-emission lineup by 2035 is unquestionably ambitious, considering it sells just one electric vehicle in the U.S. today. But a top executive with the automaker says that’s a target, not a promise, and GM won’t give up on gasoline-powered vehicles so soon if consumers still want them.

“We intend to win wherever we’re competing and irrespective of propulsion system,” GM North America chief Steve Carlisle said in an interview. “At the same time, we’re setting ourselves up for this pivot, which is inevitable.”

GM believes EVs are the future, Carlisle said, but it won’t let the business suffer if market demand for them veers from the automaker’s timeline. The all-electric target is a call to action for the wider industry.

“We’re all-in, but we need other people to join us,” he said.

The automaker’s assurances that it won’t necessarily kill any vehicles with a tailpipe if they’re still in demand comes as a relief to dealers who need to balance their desire to ride the wave of the future with the realities of auto retailing.

“I’m gratified that GM and Cadillac have changed the language when they talk about this,” said Ed Williamson, dealer at Williamson Cadillac-Buick-GMC in Miami. “That tells me that they are going to be practical about it. I think it’s far enough in the future and we have enough new EVs coming from so many different places that even in three or four years, we’re going to know a whole lot more.”

GM revealed the 2035 goal for selling only zero-emission light vehicles in January to emphasize its full-throated commitment to EVs as it laid out a plan to make its global products and operations carbon neutral by 2040. The announcement, which coincided with marketing efforts that included a modernized logo and a Super Bowl ad to highlight its extensive EV plans, helped GM shares double since last summer after years of stagnation.

Publicly stating such a target “helps accelerate the conversation and get us focused,” Carlisle told Automotive News last week. “People want to know what we stand for and what we’re going to do.”

GM already had vowed to launch 30 EVs globally by the end of 2025 and transition Cadillac to an all-electric lineup late this decade. The Chevrolet Bolt EUV is slated to reach showrooms this summer, followed by the GMC Hummer EV pickup in the fall and the Cadillac Lyriq early next year.

The automaker has earmarked $27 billion toward electric and autonomous vehicle development through 2025. “It’s the lion’s share of our investment” in new products, Carlisle said, but GM continues to dedicate capital to gasoline-powered vehicles, too.

As the pandemic slowed production last year, GM protected its growing EV portfolio and even accelerated development of the Hummer pickup, unveiling it just 18 months after work began.

But neither the Hummer — which will initially cost more than $110,000 — nor the high-end Lyriq will be mass-market EVs, and mainstream adoption of battery-powered vehicles is on a trajectory that doesn’t match up with GM’s target for going emissions-free. Industrywide, IHS Markit expects 25 to 30 percent of U.S. new-vehicle sales to be battery-electric or zero-emission by 2030 and 45 to 50 percent by 2035.

Carlisle said GM has 17 commercial and technical initiatives to promote EV adoption and meet its 2035 goal. The automaker is working with the EVgo charging network and government lobbyists to expand charging infrastructure nationwide, has partnered with LG Chem to develop less expensive, more powerful batteries and plans to reshape the retail model.

“We’re going to do everything we can possibly do to make that future come true,” Carlisle added. “There’s a bit of leading the horse to water.”

Charlie Gilchrist, president of Gilchrist Automotive in Texas, said he will sell any type of vehicle his customers want, but for now, EVs are out of reach for many because of range concerns and a lack of charging infrastructure.

“In some cases, people want electric vehicles, but in a lot of cases, they’re going to demand an ICE engine,” he said. “We should always be driven by what our customers want.”

Most of all, customers still want pickups and SUVs. GM this month said it would build an electric version of the Chevy Silverado pickup — its top-selling U.S. nameplate.

Even with an electric pickup in the mix, Carlisle said GM will continue to invest in gasoline-powered vehicles for “as long as it makes sense.”

“It’s part of the balance,” Carlisle said. “We’ve got to provide the consumers what they want when they want it and at the same time give a different, compelling view of the future.”