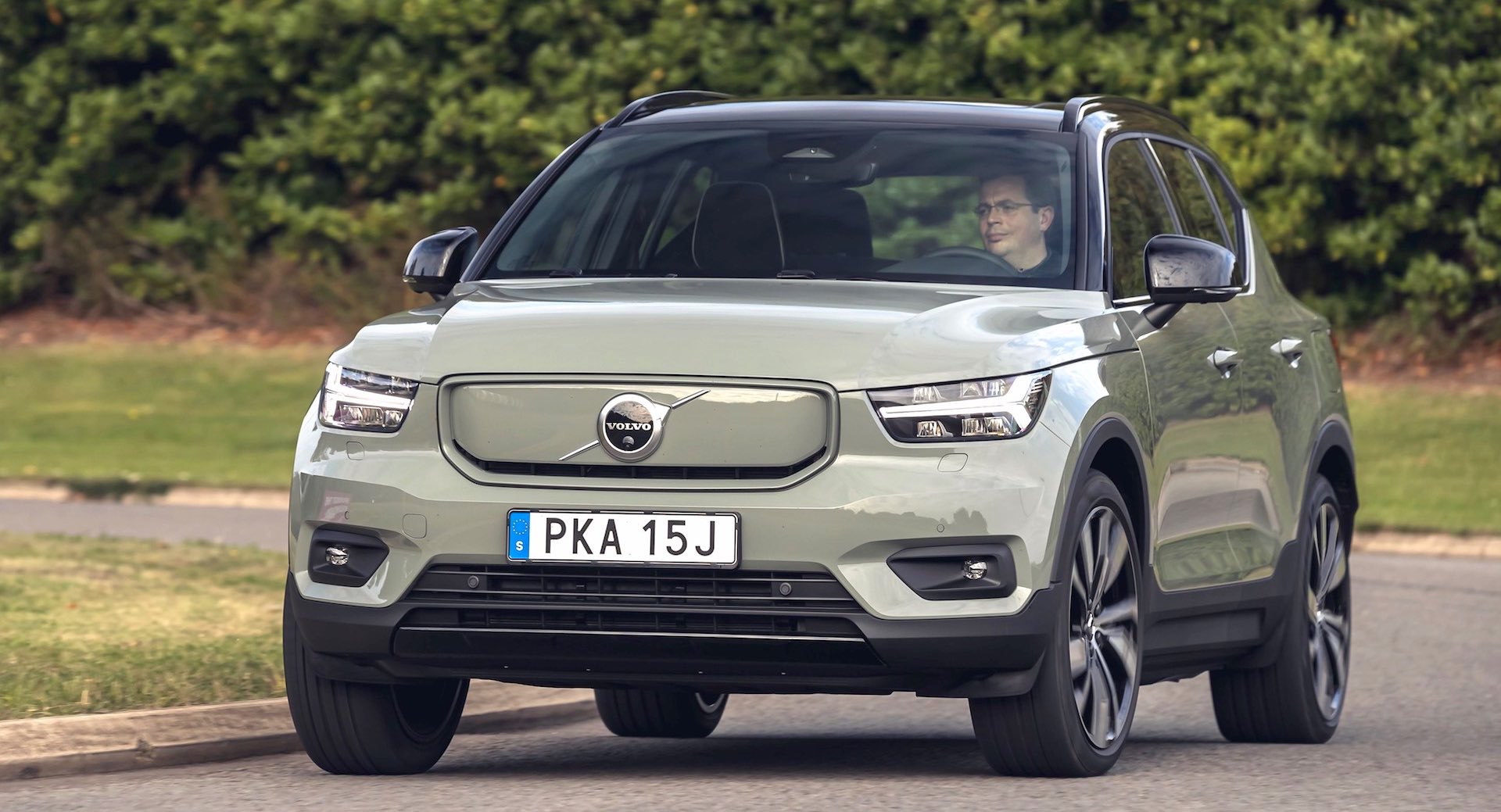 When Volvo announced in early July 2017 that it was switching exclusively to EVs and hybrid power, the move seemed pretty bold. Gas prices were low and the first Tesla Model 3 hadn’t quite rolled out of the Fremont plant. Back then, much of the world hadn’t really switched on to the idea of electric-powered cars.

Plenty has changed between 2017 and this March, when Volvo made its second big eco-friendly announcement: by 2030 it would offer only full electric vehicles. And with nine years to go until that deadline, we’ve got our hands on the first, the (deep breath) Volvo XC40 Recharge Pure Electric P8.

Think of Volvo’s first EV as an SUV-shaped Polestar 2. The XC40 Recharge gets the same 402 hp running gear, enabling it to hit 60mph in just 4.7 seconds. It’s an appealing package, but other E-SUVs offer more driving range for less money. 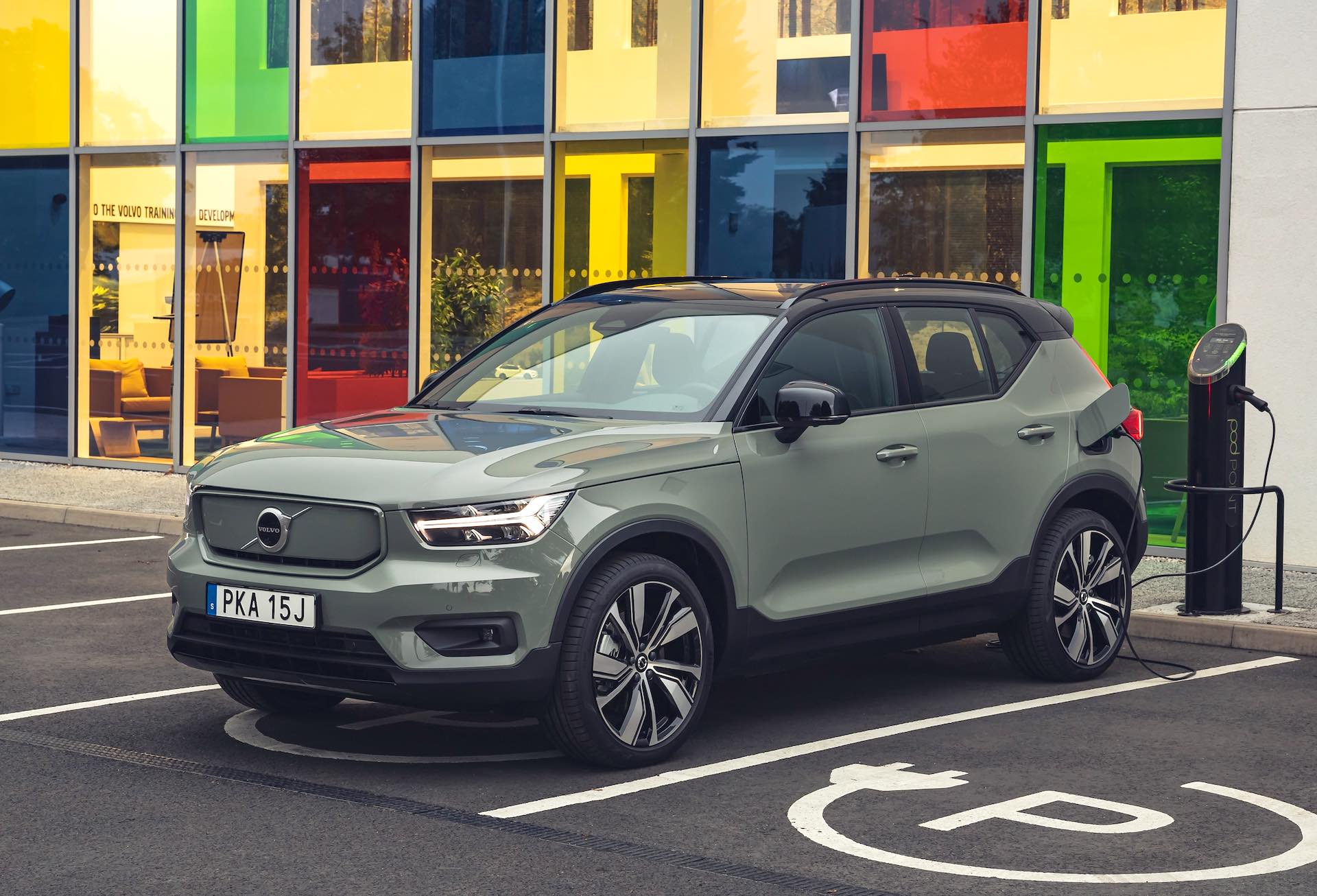 The XC40 is a Tesla Model Y-sized SUV that’s been on sale around the world since 2017 with a variety of petrol, diesel and hybrid powertrains. But now it’s available in P8 EV form, which you can pick out from its ICE brothers by the body color blanking plate where the grille should be.

More combinations of battery capacity and drivetrain configuration will follow, lowering the price of entry. But for now the Recharge comes only with a 78 kWh power pack that feeds two electric motors, one driving each axle.

Essentially it’s the same kit we’ve already seen under the skin of Volvo’s sister company Polestar 2 sedan, and delivers an identical 402 hp. But the XC40’s heavier, boxier shell has some side effects we’ll come to later. And if you want something that sits somewhere between the Polestar sedan and XC40 in body style, you’ll soon be able to buy the C40 Recharge crossover. 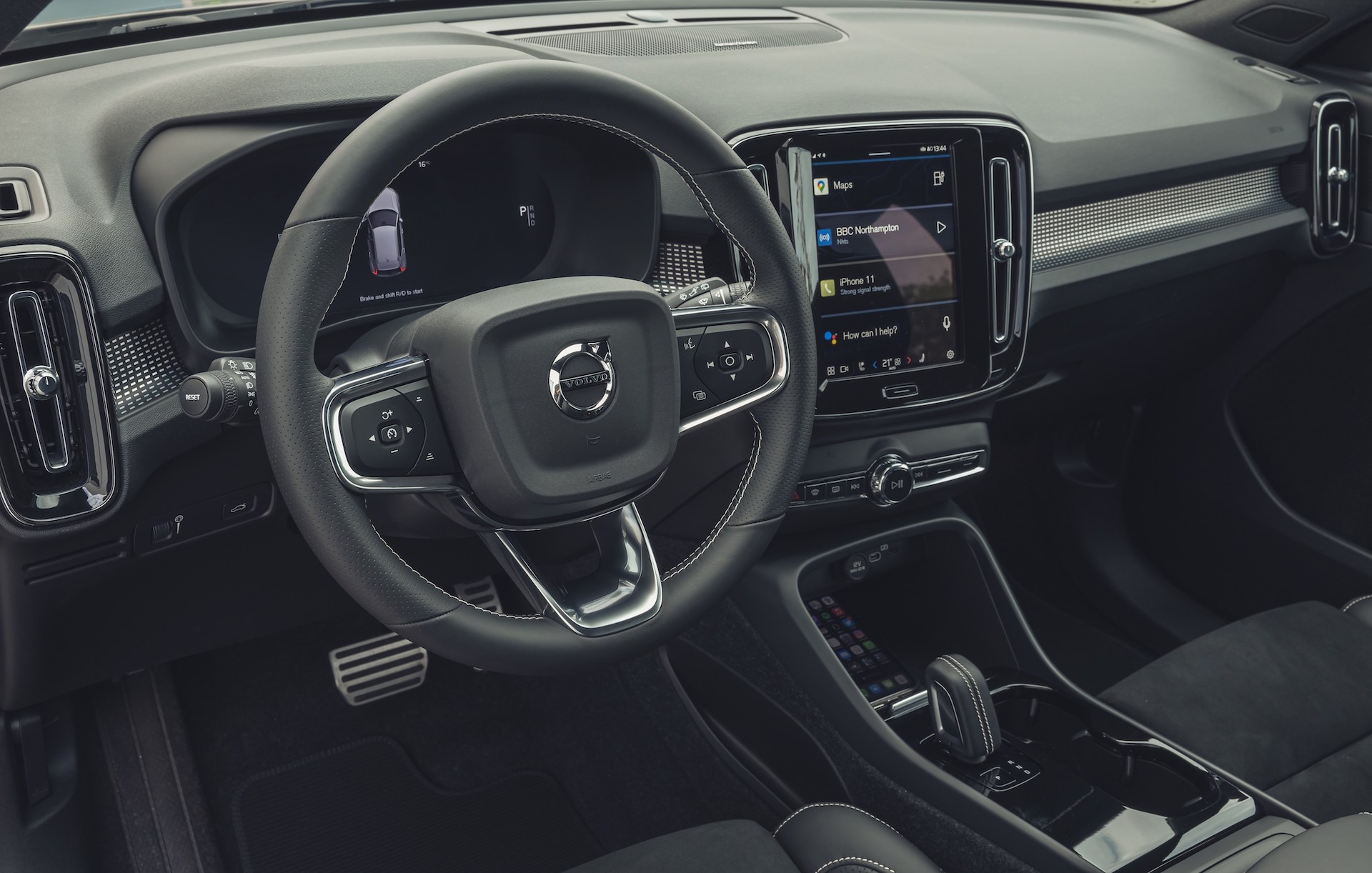 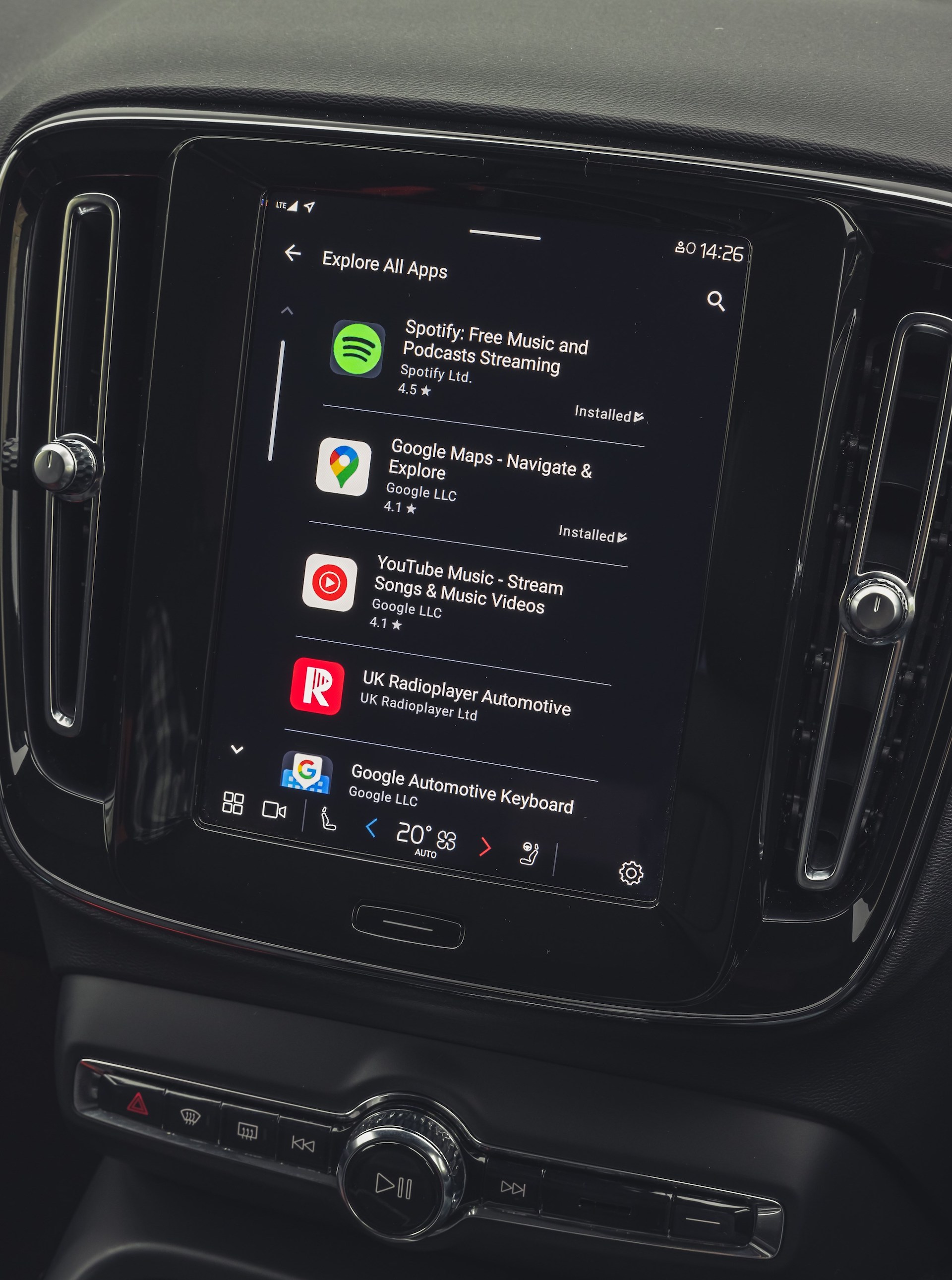 At first glance the interior of the Recharge looks identical to the regular XC40’s. But closer examination reveals a new 12.3-inch digital instrument pack and an updated Android-based infotainment system. You can sign in with your Google account and personalize everything, just as you would on your phone, and unlike the voice activation on most cars, the Google assistant on this one works well.

You’ll be thankful it does, because most of the car’s functions, including the temperature settings, are operated through the infotainment system. The screen isn’t particularly large by modern standards and some of the digital buttons are too small. 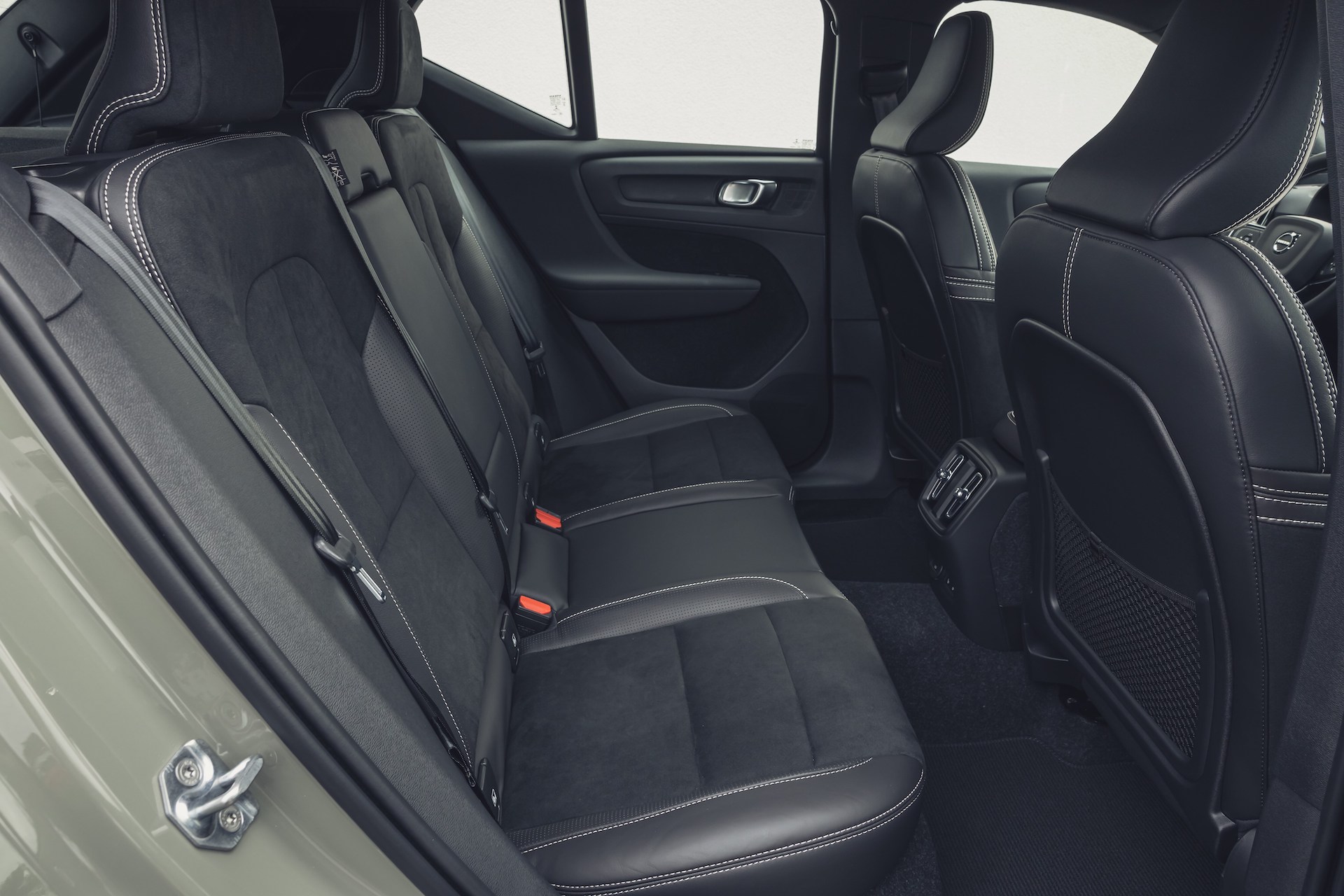 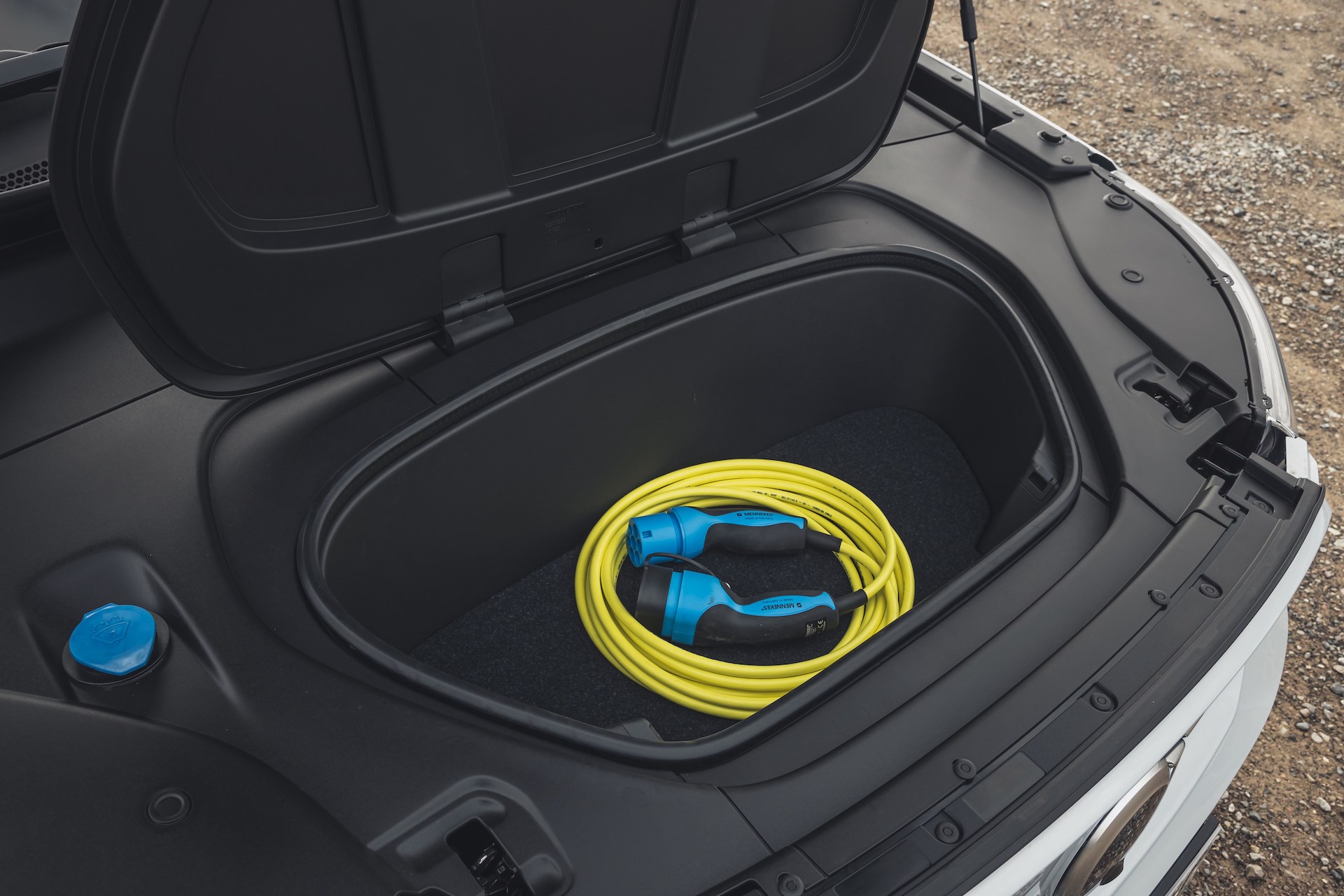 Bigger Than It Looks

On the plus side, there’s a useful amount of space given the XC40’s fairly small footprint, even if you can buy more room for the less money by going for something like the Volkswagen ID.4. The Volvo doesn’t have the VW’s flat floor because it wasn’t designed exclusively as an EV. But four adults can fit comfortably, and the 14.6 cu ft/414 liter trunk is backed up by a 1.1 cu ft/13 litre frunk that’s great for storing the charging cable or a squashy bag. 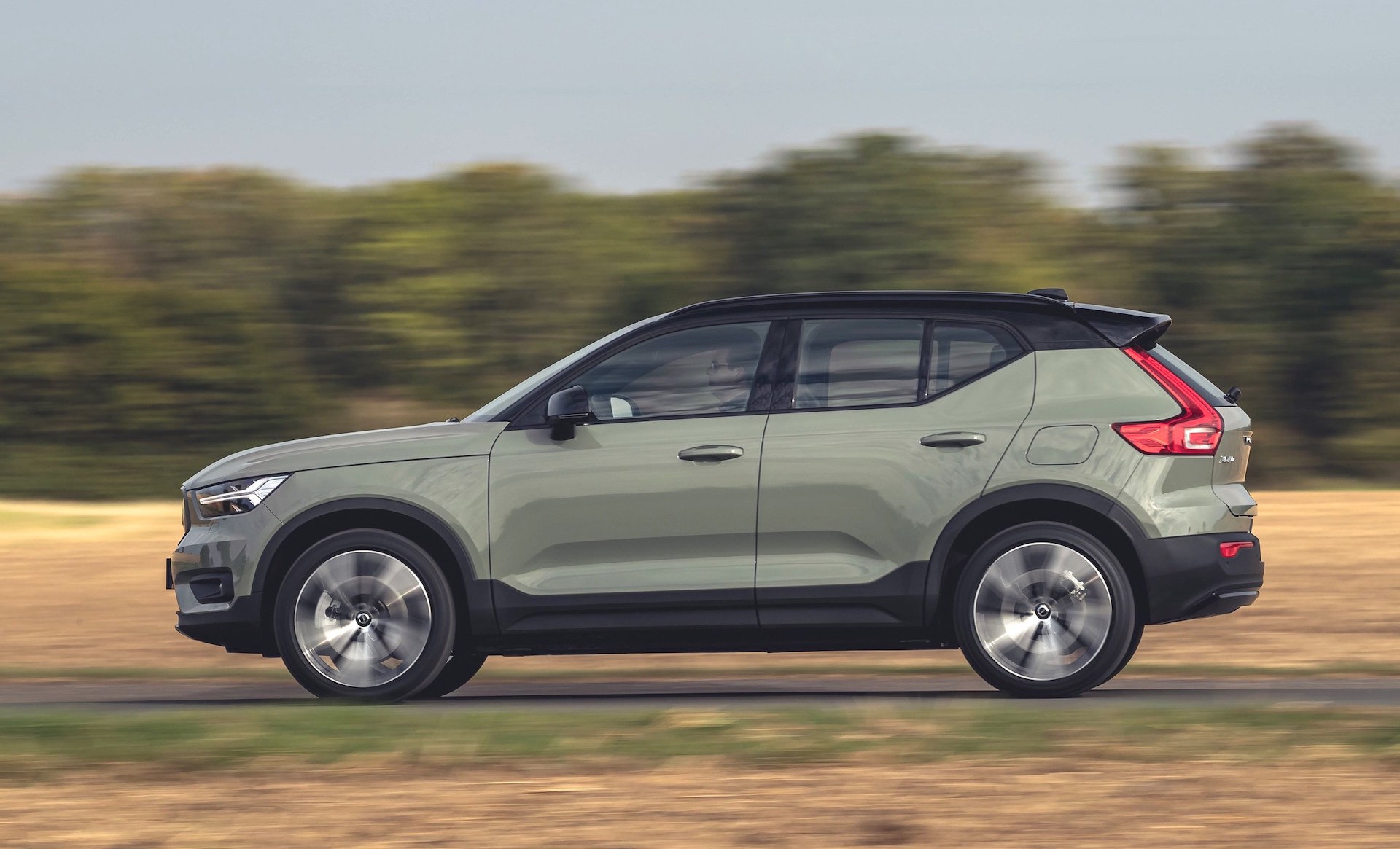 We love a sleeper at Carscoops. You know, the kind of car that looks like butter wouldn’t melt in its mouth right up until the moment it smokes that noisy Camaro in the next lane. The XC40 Recharge is one of those cars.

Interestingly, there’s no starter button. A sensor in the seat knows you’re there, so you just climb in, tug the stubby shifter back to select D, and you’re off. The twin motor setup gives it 402 hp and a thumping 487 lb-ft of torque, which will feel like plenty for most drivers. Zero to 60 mph (96 km/h) takes 4.7 seconds, making it almost a perfect match for the similarly priced Tesla Model Y Long Range. It takes off smartly, and unlike many EVs, whose performance tails off quickly after the first initial rush of acceleration, it has the muscle to sustain that kick in the back beyond 60 mph. 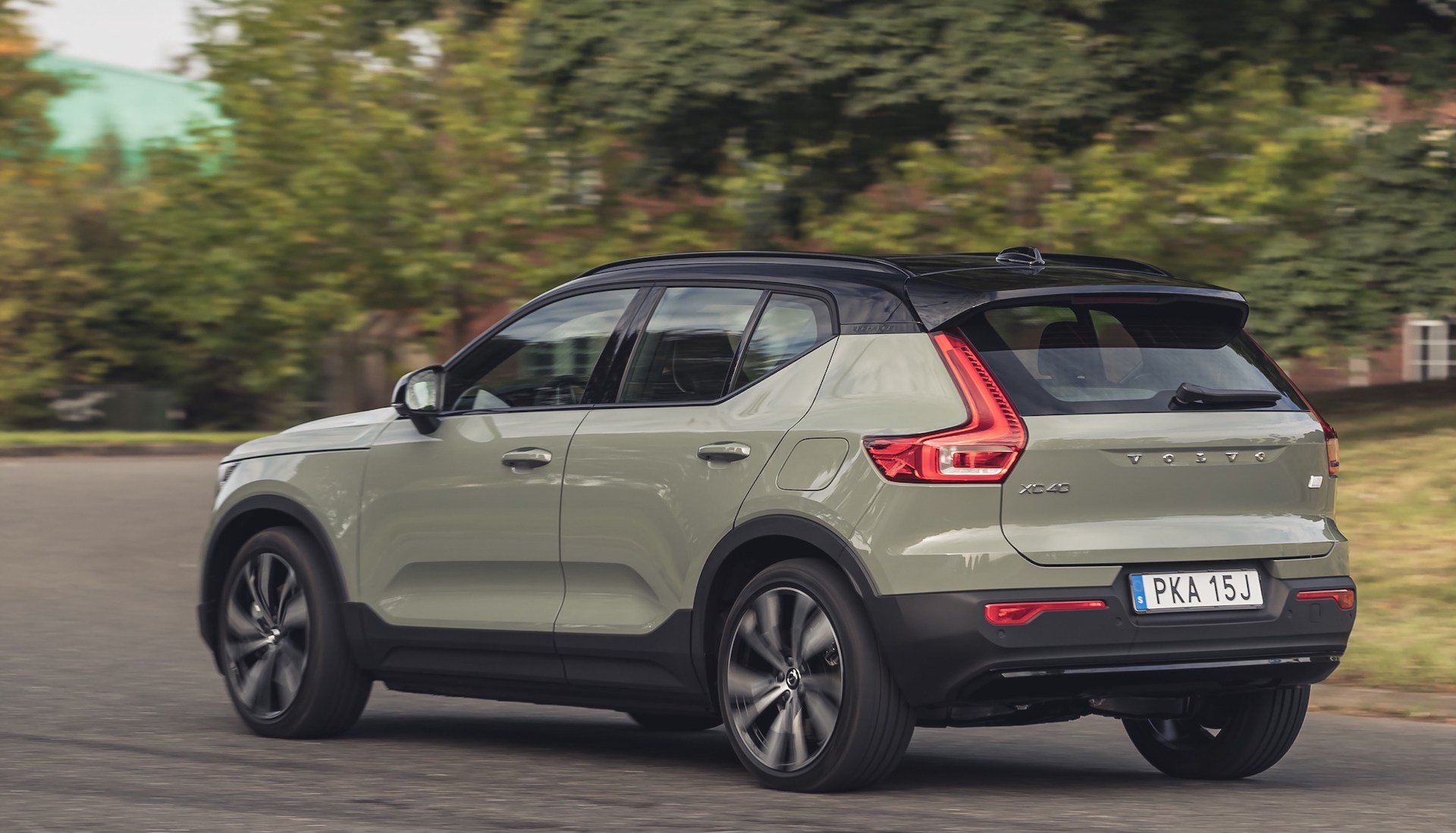 That sense of effortless performance makes the Recharge a very relaxing car to drive, something the Volvo’s one-pedal mode should amplify. At the push of a button this increases the regenerative braking effect, meaning you rarely have to touch the actual brake pedal. And it really does work, but we have a feeling some drivers might find it too aggressive.

For all its performance, however, the beefy 4658 lb (2113 kg) XC40 isn’t hugely entertaining to toss around in the way a Mustang Mach-E, or the mechanically identical, but lighter Polestar 2 is. Nevertheless, the handling is safe and predictable, it rides well, and there’s never any question of it being able to put its power down cleanly.

For Sprints, Not Marathons

One of the P8’s few drawbacks is its modest range. It’s rated at 208 miles by the EPA and 257 miles according to the European WLTP protocol (though a recent over-air update should have pushed that past 260). That compares with 233/292 miles for the Polestar 2 sedan with the same powertrain, and over 300 EPA miles for the similarly priced Tesla Model Y Long Range.

The Model Y also has the advantage of access to Tesla’s Supercharger network and a faster charging rate than the Volvo’s 150 kW maximum, though that’s still good enough to take the battery back up to 80 per cent in 40 minutes. Get set up with a 11 kW wallbox at home and you can charge in around 8 hours, or add 30-37 miles of driving range per hour. 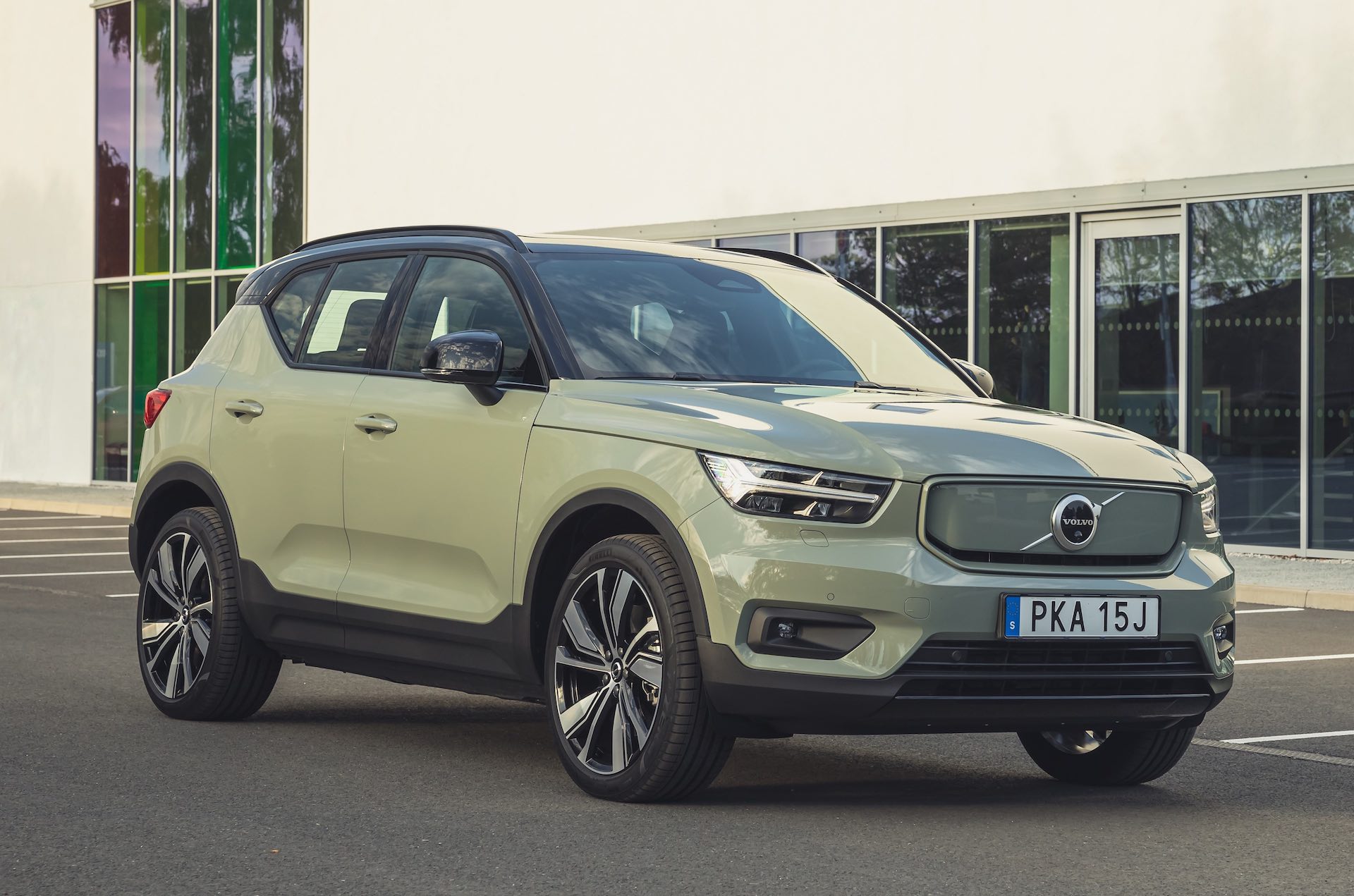 Volvo has done a great job of its first EV. We were already fans of the ICE XC40’s styling, quality and practicality, and the electric version is much faster and more refined. If anything, the P8 probably offers more performance than most small SUV buyers need, and we have a feeling some of them would happily trade a second from that impressive zero to 60mph time for a lower price and a few more miles of driving range – something that might happen when the lineup is expanded in the future.