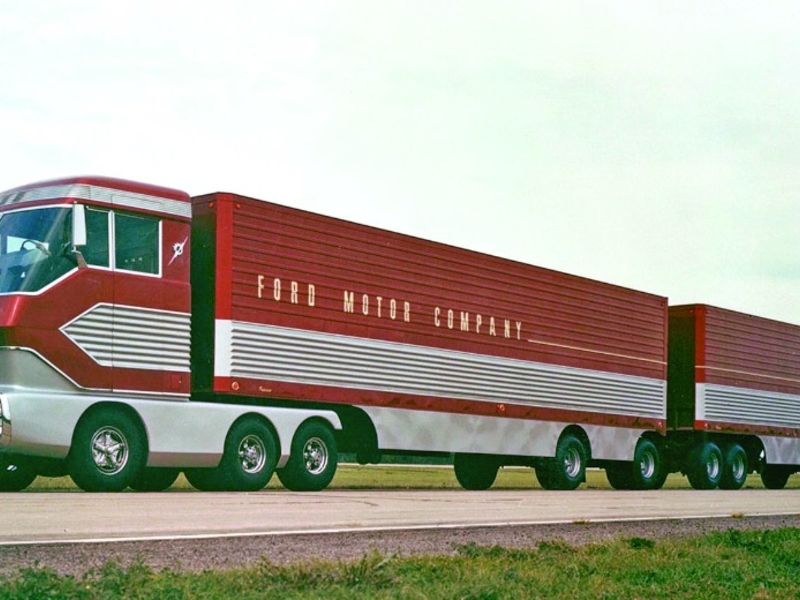 Big Red has been found.

The nearly 100-foot-long experimental gas-turbine semitruck created for the 1964 World’s Fair by Ford Motor Co. has been out of public view for nearly 40 years.

Ford took the 13-foot-tall behemoth on a cross-country tour after the fair but couldn’t make the technology viable and lost track of the semitruck’s whereabouts after several changes of ownership.

But the truck still exists — its tandem trailers remain unaccounted for, however — and belongs to a publicity-shy owner who spent two years fully restoring it, The Drive reported last week.

“I spent a lot of time and money getting the right color and paint process to match the original Ford color,” the owner, who asked to remain anonymous, told the website.

Big Red is in a custom-built garage and hasn’t been driven in about 20 years. Although its size and antiquated powertrain make moving it difficult, the owner said he doesn’t intend to keep the truck hidden away forever.

“I was invited to the 30th anniversary celebration of the gas turbine in Dearborn [in 1983],” he said. “I talked to several people who had worked on the project and Big Red. Many of them thought the truck should be displayed in the Henry Ford museum. Who knows, maybe someday it will be. I have always thought Big Red was one of Ford’s greatest achievements.”

The revelation caught the attention of Ford CEO Jim Farley, who tweeted: “I was sure we’d find Jimmy Hoffa before Big Red.”