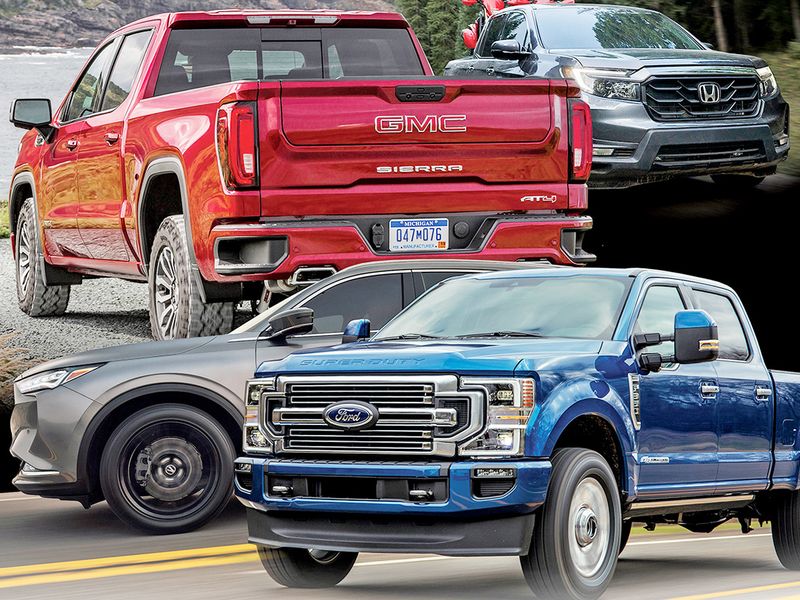 An unexpected silver lining to the yearlong coronavirus crisis has been record profits for auto dealers, as consumer demand for heavily optioned crossovers and pickups keeps transaction prices and gross profits high.

But dark clouds are moving in again.

“Our inventory level is dwindling to a fraction of what it’s been in the past,” said Jim Moshier, general sales and service manager at Ricart Ford in Groveport, Ohio. “It looks like it’s going to be a pretty desperate April.

His inventory of all models combined is normally around 1,100 vehicles, Moshier said last week. But at the moment, he’s got 250.

“As selection dwindles, it makes it tougher to sell. There’s so many different combinations that it’s narrowing out a chunk of customers,” Moshier said. “Customers are settling for the vehicle that’s second or third choice. They’ll settle for different equipment or color than what they expected.”

Because of the microchip shortage and the resulting supply line interruptions, Ford Motor Co. last week announced a series of production cuts at its Dearborn, Mich., truck plant — including a two-week shutdown in April and the cancellation of overtime shifts into June. Its other F-150 plant in Kansas City also is being idled for a week this month and overtime shifts are being canceled. Elsewhere, Ford is cutting back crossover production.

Moshier said that Ford has indicated there will be an influx of vehicles in May, but that’s unlikely to bring inventories anywhere near normal levels.

Last week, several brands reported strong first-quarter sales results. But retailers are warily watching the production side of the industry, worrying that the ongoing shortage of lowly microchips will sooner or later have an impact on the sales lot.

“Idle plants in the auto industry are a threat,” said Tyson Jominy, vice president of the Power Information Network at J.D. Power. “Without a doubt, the industry would be selling more new vehicles if we had them.”

He said inventories are the tightest they’ve been in more than a decade. He likened the continuing stress on the supply to stretching a rubber band. Dealers are profiting from that stretch, he said. But “the announcements that many truck plants are going offline due to microchip shortages may be the stretch that snaps the rubber band.

“If we don’t have vehicles for the peak sales period, the second half of 2021 could start to swing the other way for profitability,” Jominy said.

The sales challenges are not universal among brands. Supply chain problems have been particularly vexing for American Honda Motor Co. in recent weeks, and the automaker was forced in March to idle its plants in North America. But Honda and Acura dealers report that vehicle supplies are only critical for particularly hot models, such as the Acura MDX crossover and the Honda Ridgeline midsize pickup.

The Ridgeline, which generally carries a higher sticker price than its more popular American rivals, has suddenly become very competitive, because of its boxy new looks and the scarcity of competitor models that, in normal times, would come with discounts, said William Feinstein, chairman of the Honda National Dealer Advisory Board and president of Planet Honda in Union, N.J.

But he said that he also wishes he could get more of Honda’s larger crossovers, such as the three-row Pilot.

“It’s definitely tight,” he said, and “likely to get tighter in the near term. But we haven’t seen cancellations of orders. We’re just seeing production times slip by a week to three weeks. We seem to be in better shape than some OEMs.”

Sonic, the nation’s seventh-largest new-vehicle retailer, so far has not been impacted much by the microchip shortage, Dyke said. But he sees that changing over the next several months.

“I think that we’ve got a little bumpy road [in] April, May, June, July-ish,” he said. “I think inventories are going to get tighter. If you have a typical 45 days’ supply right now of new cars, it may go down to 35. It’s going to get tighter. But I think the margins will help offset the reduction in what we have on the lot.”

While pressure on popular crossovers continues to be a concern across the industry, the variety of models even within a single brand often means that there are choices for a shopper who is willing to move a segment up or down, Jominy said. However, pickups — mostly full-size models but also midsize alternatives — offer fewer choices. And inventories of both segments are quickly being whittled away.

“Pickups are like little bricks of gold,” said Will Churchill, dealer principal at Frank Kent Motor Co., with Cadillac, Chevrolet and Buick-GMC stores in Fort Worth, Arlington and Corsicana, Texas. “The higher-contented stuff seems to have higher pressure on it than the lower-contented stuff. But it all has pressure on it. We’re down to eight half-ton crew cabs on our lot. Normally, we probably have 50.”