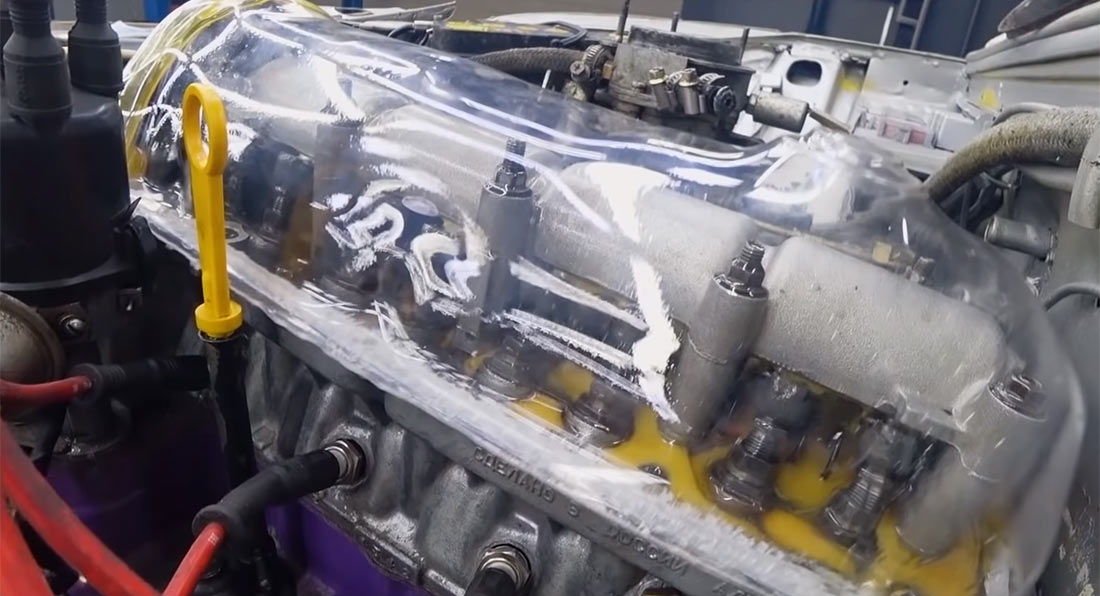 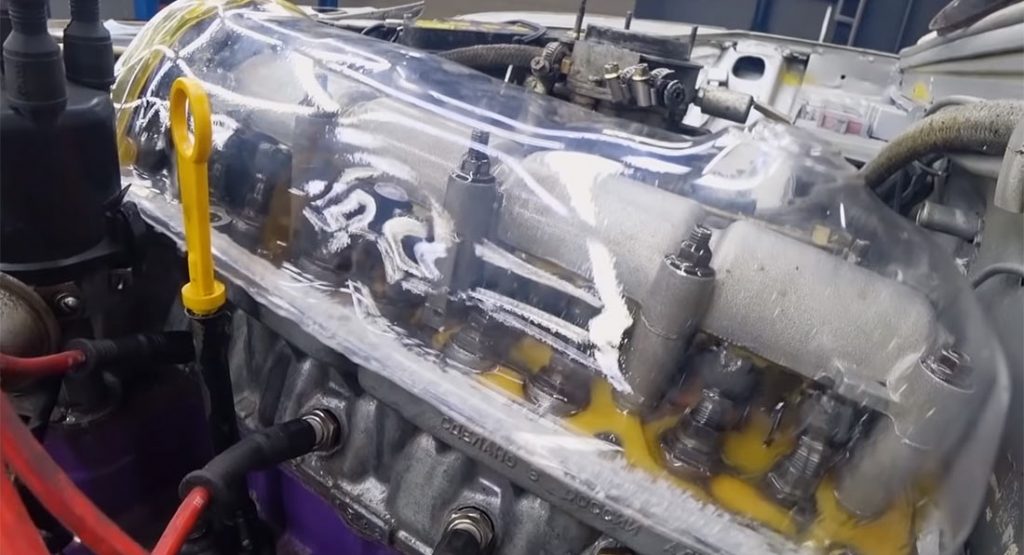 Have you ever wondered what the inside of an engine looks like when it is running? Well, wonder no more as the guys of Garage 54 have made it happen with their transparent Lada engine.

Not too long ago, we saw the owner of an Mk4 Toyota Supra put a GoPro into the car’s intake manifold, but Garage 54 went one step further and crafted both a transparent rocker cover and a transparent oil sump.

To craft the new parts, the original rocker cover and sump were removed and 3 mm of plexiglass was molded around them. After this, a second layer of 1.5 mm plexiglass was applied and was followed by two layers of 2 mm-thick polystyrene. The resulting parts are both strong and completely clear and to our surprise, able to withstand the heat of the engine.

With both the transparent rocker cover and sump fixed in place, the engine is fired up and while the rocker cover does begin to shake itself loose, we can see how the oil is fed around the engine, lubricating all of the parts, in particular the chain and the sprocket. It’s also pretty interesting seeing oil flowing into the sump as the engine runs.

Unless you’re experienced using all the tools needed to make transparent rocker covers and sumps on your own, we wouldn’t recommend trying this at home, particularly if your car has a fully-functioning engine that you’re not willing to strip down and rebuild if something goes wrong.