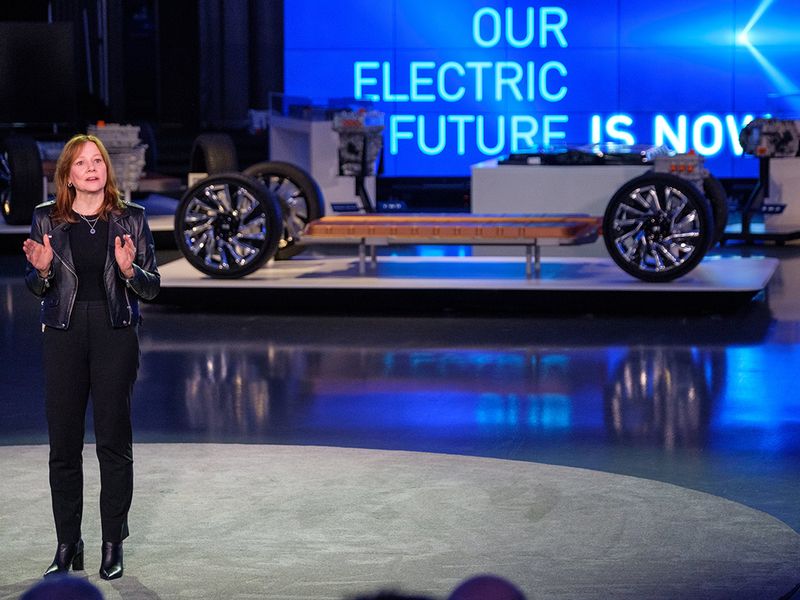 DETROIT — For 76 straight years it was the largest one in the world, but General Motors would rather not be described as simply an automaker anymore. As GM expands into various technologies and transportation services, its executives say an electric delivery van, an insurance quote or even a robotaxi might also come to define the company over the next decade.

CEO Mary Barra believes GM can come to be viewed as a technology company, a distinction many legacy automakers have long clamored for so Wall Street would consider them on a par with challengers such as Tesla Inc.

GM’s reach into adjacent businesses is part of a broader strategy to stretch what’s typically a one-time transaction into a wider profit net over the lifetime of the vehicle as the automaker aims for a zero-emission portfolio of light-duty vehicles by 2035, analysts say. Some predict GM and other traditional automakers could boost their revenue as much as 30 to 40 percent with service businesses in the next five to 10 years.

“We’re approaching it as a system solution, as opposed to a propulsion change, that I think will give us growth not only in the vehicle portion … but also in the software as a service piece of it that is a different margin perspective,” Barra said at a Wolfe Research conference last month. “I see a company in 2025-30 that is demonstrating tremendous growth opportunities. We don’t need something to happen. We have the assets right now to do it. We have the team to execute it.”

The company is considering building a second U.S. battery plant, potentially in Tennessee, a move that could help it supply all of the electric vehicle ventures it has in the works in addition to consumer vehicles.

Barra said she wants to create a “stickiness” that will make GM buyers lifetime customers with various subscriptions. For example, among customers who have owned a Cadillac CT6 with the Super Cruise driver-assist system, 85 percent said they would prefer or only consider a future vehicle equipped with Super Cruise, GM said last year.

Automakers generally capture less than half of the revenue generated by the vehicle over its life cycle, estimates Itay Michaeli, an analyst at Citi.

“The industry of the past that limited their ability to grab that lifetime revenue can now be increasingly captured through EV and all these secular trends,” he said. “When you rethink mobility with these brand-new platforms, you could say, ‘Why can’t I go out and capture this much greater revenue that historically was out of my reach?’ ”

GM and other automakers are adjusting their business models to be less dependent on vehicle sales, but veering into other transportation services isn’t guaranteed to succeed. GM has to make its services valuable enough that consumers are willing to add to their monthly payments for them, said Sam Abuelsamid, principal research analyst at Guidehouse Insights.

“That’s been a challenge for the industry for 25 years now, ever since OnStar first debuted,” Abuelsamid said. As average transaction prices creep closer to $40,000 industrywide, “convincing customers to pay a subscription fee for anything in the car is tough.”

And as other automakers offer similar services, pricing competition will increase, said Philippe Houchois, an analyst at Jefferies.

“To be able to continue to generate sustainable revenue from the services, you have to assume that everybody who is able to provide them will charge customers for them,” Houchois said. “If one of the OEMs starts discounting the service or offering it for free, the whole aspiration to generate service revenue can disappear.”

If additional services end up being lucrative for automakers, the payoff will be gradual, but a stake in the technology and services segments is crucial to being a leader in future mobility, said David Whiston, analyst at Morningstar.

“To really perform at an elite level, you need to be at least in these markets. It would be foolish of GM not to try given their capabilities,” he said. “If they don’t, somebody else will.”