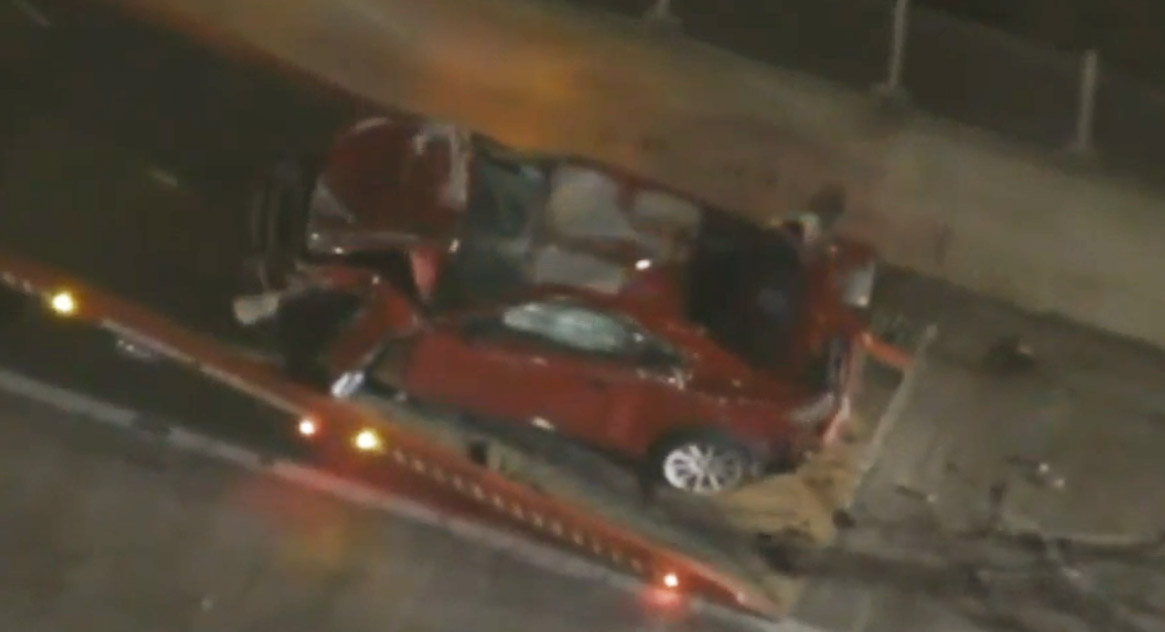 Around 6 PM Friday night, a car traveling down Interstate 93 southbound near the Zakim Bridge in Boston went airborne, landing on the ramp that connects Route 1 traffic from the Tobin Bridge to Interstate 93.

According to Massachusetts State Police, the car, which appears to be a Toyota 86, (or a Scion FR-S) struck a guardrail on I-93 southbound, flipped over, and landed approximately 25 feet below onto the Leverett Connector Ramp. A camera captured the frightening ordeal of the car going off the busy bridge, which Massachusetts State Police were still investigating Friday night, in its entirety.

The driver, a 19-year-old man from Lynnfield, Massachusetts, was standing outside the car when police arrived, and he was described as  being conscious and alert. He was subsequently taken to nearby Massachusetts General Hospital for injuries that were potentially serious. As of Saturday, police had no information on the cause of the crash and no updates on the driver’s condition.

See Also: Did Brake Failure Cause This Dodge Challenger Hellcat To Crash?

Damage to the car, as seen in aerial footage of the crash’s aftermath, was extensive, and following the incident, traffic on the Leverett Connector Ramp was reduced to a single lane while authorities removed the vehicle.

According to 2015 statistics from the U.S. Department of Transportation, about 53,000 vehicles crossed the Zakim Bridge every day, so that lane closure probably had a significant impact on quite a few people’s commute.

Interestingly enough, a similar accident happened about five years ago, in which a pickup truck careened off the Zakim bridge onto a connecting ramp down below, although that was confirmed to be a result of driving under the influence.