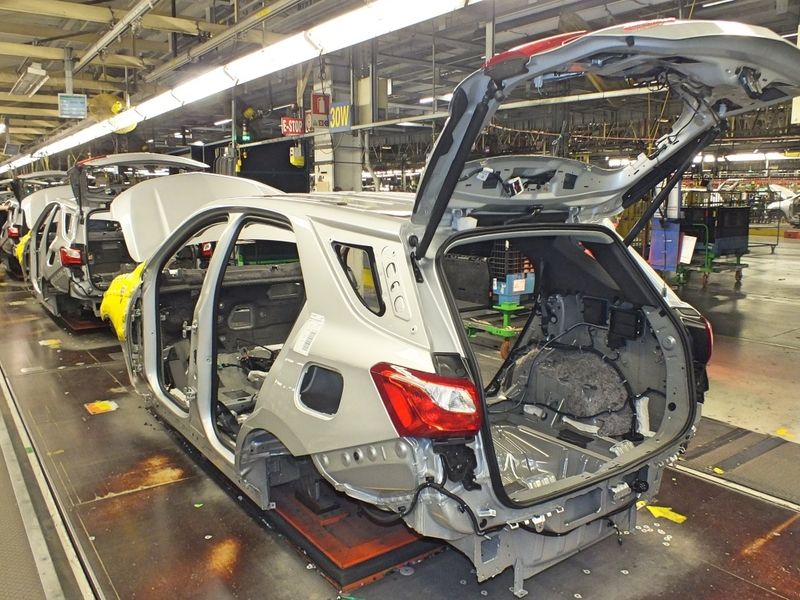 Unifor said it had to make “hard decisions” to secure the future of General Motors’ CAMI Assembly plant, which would begin building all-electric delivery vans later this year under the terms of a surprise, three-year tentative contract.

“The stakes going in to these negotiations were incredibly high,” reads a joint message to union members by Unifor Local 88 President Joe Graves and Plant Chairperson Mike Van Boekel. “With the combustion engine [Chevrolet] Equinox program coming to an end, all the elements were lining up in place for the worst-case scenario.”

GM and Unifor on Friday agreed to a tentative, three-year deal covering the 1,900 hourly workers at the Ingersoll, Ontario, plant, months before the current contract was set to expire in September. Formal negotiations between the two sides quietly began on Jan. 4, culminating in the announcement of a $787 million (C$1 billion) investment in the plant to begin building GM’s new EV600 electric van starting this year.

It was a surprise announcement for the plant, which currently builds GM’s popular Equinox crossover on two shifts. Under the terms of the contract, subject to ratification by union members, Equinox production would be phased out over the next two years in order to facilitate EV600 production. (It is unclear to where Equinox production would be shifted, though it is currently also built at two plants in Mexico.)

Graves and Van Boekel said the new contract guarantees that the plant’s “future is secure” and urged members, who began voting on the deal today, to support the agreement.

“Rather than facing a deathblow, we now have the opportunity to succeed,” they said.

Still, they acknowledged that Unifor had to make “hard decisions” to ensure that opportunity. As an example, they pointed to unspecified changes made to future job classifications and workplace practices made through a “competitive operating agreement.”

“Is this the outcome we wanted? No. But does this enable us to secure our plant and fight another day? Absolutely it does,” their statement reads.

Unifor President Jerry Dias on Saturday told Automotive News Canada that production would begin to ramp up at CAMI in November of this year, with “full production” of the EV600 starting in February 2022. Equinox production at CAMI would be phased out in 2023, he said.

GM is eager to begin assembly of the EV600 as part of its new BrightDrop commercial EV business, which was unveiled during CES last week. FedEx Express is lined up to be GM’s first customer for the electric van, with the automaker planning to build 500 EV600s.

It is unclear what full production volume would be for the new EV600 program at CAMI, or how it would compare to Equinox production. The plant built 160,858 Equinox crossovers in 2020, according to the Automotive News Data Center. Production was down 11 percent from a year earlier amid the COVID-19 pandemic.

According to a Unifor brochure highlighting the details of the contract, GM and the union “engaged in extensive discussions regarding volume and staffing forecasts and projections” during bargaining.

“Unifor expressed concern regarding the future staffing needs of the skilled trades workforce and the impact of the transition from the Equinox to the new electric light commercial program,” the union highlighter reads. “The parties acknowledged that there were still many unknowns regarding the new operations.”

As a result, GM and Unifor agreed to meet 60 days before the start of a “temporary layoff required to support the launch” of the EV600. It was not clear when and for how long the layoff would take place.

“All reasonable options will be discussed in order to help minimize the impact of the layoff on the CAMI skilled trades workforce,” the Unifor brochure reads.

Dias told Automotive News Canada on Saturday that he expects employment at CAMI to remain “comparable” to current levels.

“If things go well based off the demographics of the plant and based on volume, we may very well be hiring toward the last part of 2023 and early 2024,” he said.

According to the Unifor highlights sheet, “other variants” of GM’s all-electric commercial vehicle program are “currently under study.”

GM’s plans are subject to ratification of the tentative, three-year contract and “confirmation of government support.” The automaker said in a Friday statement that it is “engaged in discussion” with the federal and Ontario governments.

Unifor was set to hold a virtual ratification meeting on Sunday with members of Local 88, which represents workers at CAMI. Virtual voting would take place starting Sunday morning until 10:30 a.m. ET on Monday, with results made public shortly thereafter, according to a post on Unifor Local 88’s website.

Members will vote on a contract with economic provisions that closely mirror those the union agreed to with the Detroit 3 automakers during 2020 bargaining.

Full-time employees at the full pay rate will receive two 2.5-percent wage increases during the life of the agreement, as well as a 4 percent lump-sum bonus. The 10-year wage grow-in period for new hires would be reduced to eight years under the terms of the contract.

The tentative contract would reinstate a 20 percent base wage differential between skilled-trades and production workers. An afternoon shift premium of 5 percent and a 10 percent midnight shift premium would also be reinstated.

According to the union, GM plans to provide a one-time, C$40,000 lump-sum retirement incentive to “up to” 50 workers at the plant by June 30. GM would also offer retirement packages with lump-sum payments up to $70,000, along with a $20,000 vehicle voucher, “in the event of indefinite layoffs,” the union said.

What a Biden Presidency Means for the Auto Industry … and You
Automaking is only part of GM CEO’s vision
Stellantis battery JV seeks contracts with other automakers
Volvo to be electric-only brand by 2030
Dedicated EV Platform Planned For Land Rover Discovery Sport, Range Rover Evoque