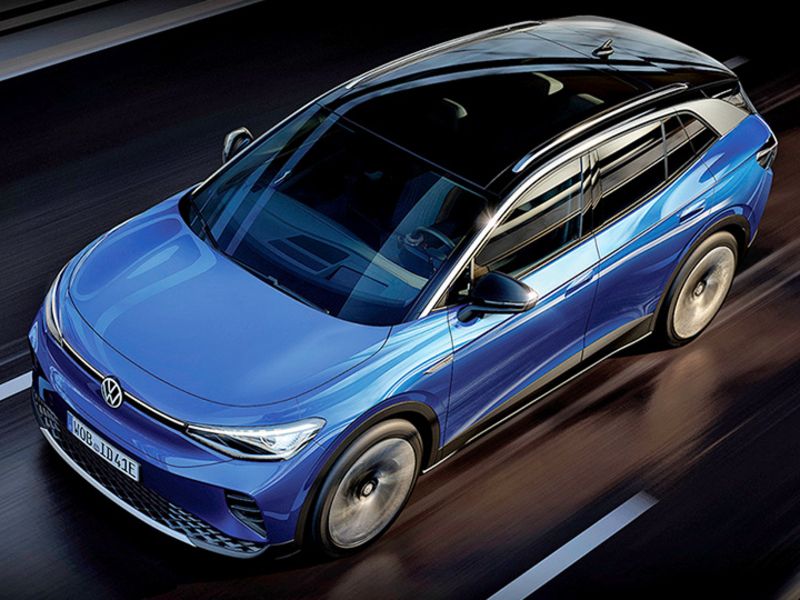 Volkswagen’s first battery-electric crossover, the ID4, will bring with it a whole new powertrain for the brand in North America. But it’s likely to be the compact crossover’s interior that wins over buying customers — or sends them running back toward something more familiar. Inside, the ID4 is unlike any previous Volkswagen. Staff Reporter Larry P. Vellequette took a look at its quirky interior bits. Here’s a sampling.

Instrument cluster: Instead of being embedded in the instrument panel, the ID4’s rides above the steering column, bringing it closer to the driver and ensuring that it isn’t obscured if the steering wheel is tilted. The relocation means the screen is smaller and a bit busier than those in other VW models, but the information contained — including the battery-charge indicator and remaining-range display — also is easier to read on the fly.

Driver’s window controls: Every other four-door VW uses a four-switch control panel on the driver’s door to allow the driver to intuitively control all four windows. But the ID4 eschews that convention in favor of two switches and a front/rear toggle, meaning the driver can open two windows at once, but not all four.

Seat pockets: Sewn into the tops of the front-row seats, the pockets securely hold cellphones and still allow rear passengers to watch the screens.

Start button and shifter: The Start button is side-facing off the steering column, roughly where an ignition switch would have been in the late ’70s. The shifter is a rotating toggle kind of free floating to the right of the instrument cluster with three positions: N for Neutral, which also happens to be Park; toggle down to R, for Reverse; and D/B presumably is for Drive/Battery. According to a VW executive, the D/B selector is how one turns the one-pedal driving on and off, which controls the amount of regenerative-braking energy that goes back into the battery.