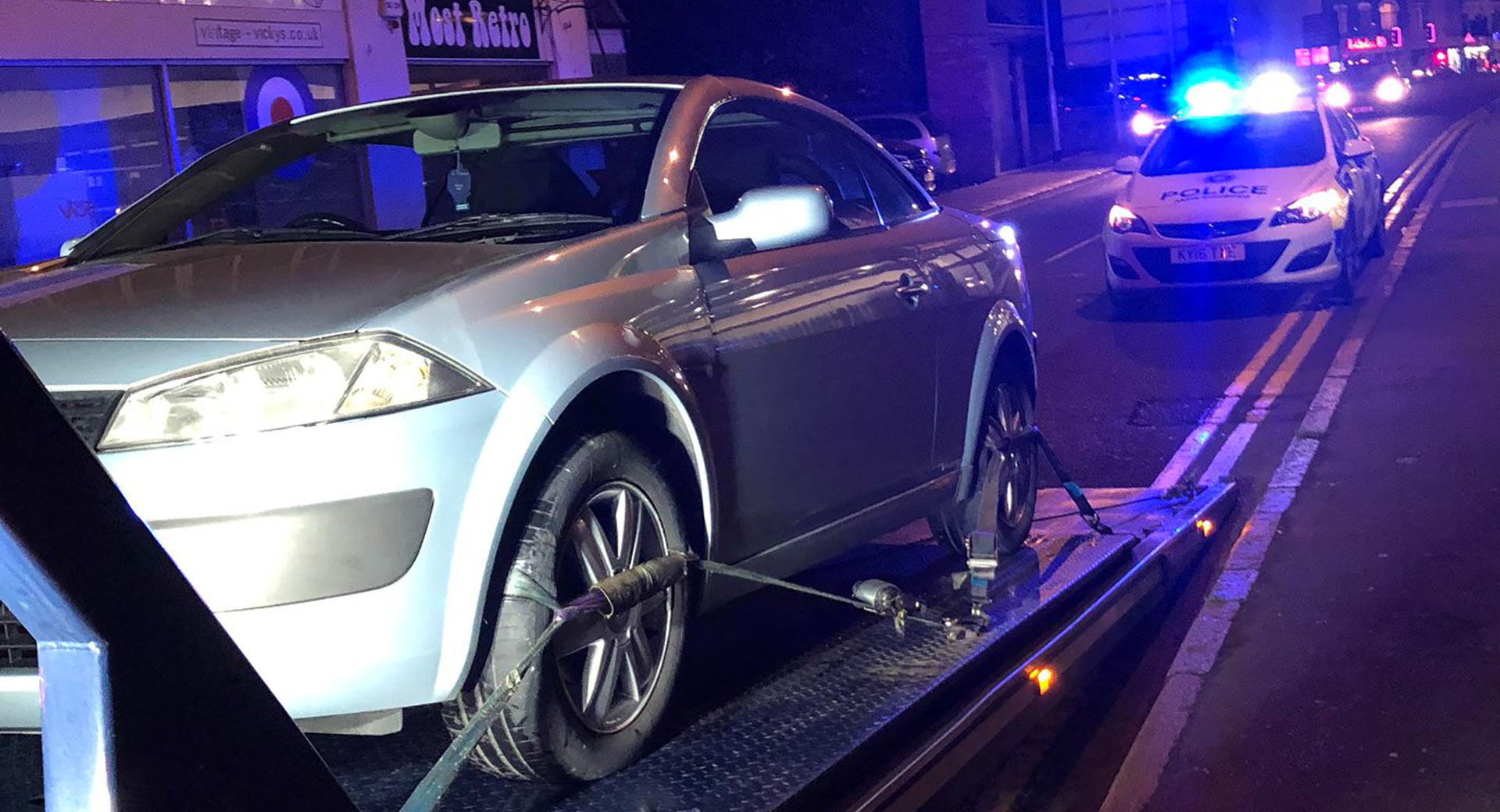 Gone in 30 seconds sounds like a sequel to a Nicolas Cage blockbuster, but that’s not the case here – and this time, the police had the upper hand.

In a tweet, the Northampton Special Constables Team revealed the story of one of the unluckiest drivers in the United Kingdom.

As the police explained, one of their cars was almost hit head-on by the driver of a Renault Megane. The officers quickly pulled the car over and the driver told them he just bought the vehicle 30 seconds ago.

They jokingly said “for once this was actually true,” but there was a major problem besides the near miss: the new owner “took his chances [by] not insuring it.”

Needless to say, that’s a big no-no and the officers had little sympathy for the driver as the car was seized and towed away from the scene. That seems a bit harsh, but the law is the law.

Driving without insurance seems to be a big problem, as Fox News noted it was the most common traffic offense recorded during the first month of Northamptonshire Police’s Operation Journey road safety campaign. In just four weeks, the operation resulted in 19 arrests and 64 vehicle seizes.

In the UK, it’s illegal to drive a vehicle on a road or in a public place without insurance. If caught, it can lead to a fixed penalty of £300 ($399 / €334) and six points on your record. The government also states that police have the power to “seize, and in some cases, destroy the vehicle.”

This vehicle almost has a head on with our motor. The driver then told officers he brought the car 30 seconds ago and for once this was actually true. Unfortunately took his chances not insuring it. And well you all know what happens next.. #Seized #s3812BRANDHAM pic.twitter.com/O5XF3oboGO

Nissan Made A McDonald’s-Themed GT-R NISMO, And No, It’s Not A Late April Fool’s Joke
How Does the 2024 GMC Hummer EV SUV Compare to an H2?
Former Nissan exec Kelly gets support ahead of U.S.-Japan summit
GM: 2035 is EV goal but not a guarantee
Florida Police Seeking Driver of Drawbridge-Jumping Hyundai Santa Fe