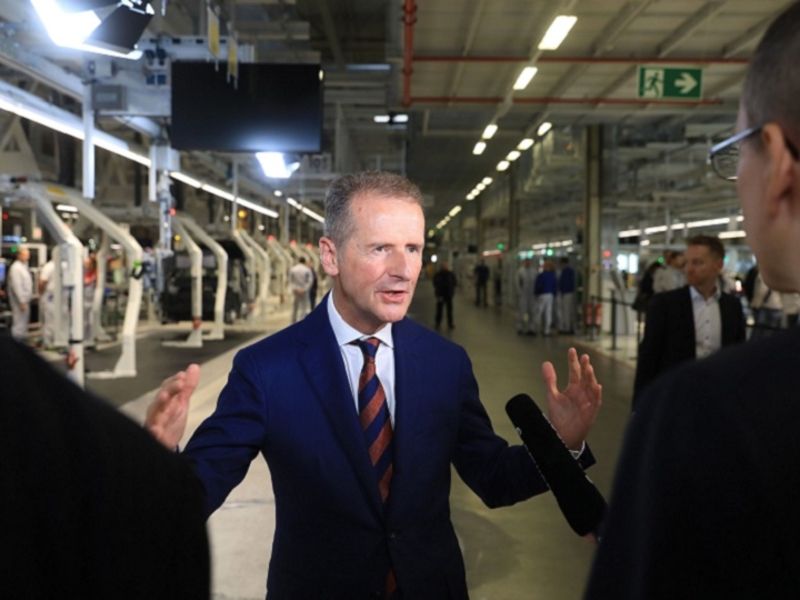 Volkswagen Group CEO Herbert Diess is struggling to win support for his picks to fill top executive posts and is pushing the automaker’s board to back more significant reforms, according to people familiar with the matter.

The automaker’s works council is opposing Diess’s candidates to succeed CFO Frank Witter and fill the vacant purchasing chief position, said the people, who asked not to be identified because the discussions are confidential.

The two roles are key to Diess’s efforts to cut costs and boost efficiency at VW, which just approved a 150-billion euro ($178 billion) investment plan.

In talks with key stakeholders, Diess has raised the prospect of lengthening his contract past 2023, but winning support for a required two-thirds voting majority from VW’s supervisory board would be an uphill battle, according to the people. Usually the contract would be up for renewal a year before it expires.

Spokespeople for VW and the works council declined to comment. Representatives for the Porsche and Piech family, who own the majority of the company’s voting shares, didn’t respond to requests for comment.

The infighting could bog down VW’s efforts to challenge Tesla’s electric-car leadership with a record 73 billion euros of spending on technology over the next five years. Diess has said the company’s survival rests on undergoing a massive transformation to run its cars on batteries and sophisticated software.

Witter, 61, plans to step down from the post at the end of June 2021 for personal reasons. VW has been looking for a purchasing chief since announcing in June of this year that Stefan Sommer would leave after less than two years in the job.

Some investors have questioned VW’s commitment to change after past pledges were delayed or watered down.

Diess has frequently clashed with the influential unions that often are backed by the German state of Lower Saxony, the company’s second-largest shareholder with a 20 percent stake. The board took away Diess’s direct control of the namesake VW brand in June following a dispute over his request for a contract extension and other issues.

The Porsche and Piech family generally supports Diess’ overhaul efforts. But the billionaire clan that holds a 53 percent voting stake tends to avoid direct conflicts with the unions and Lower Saxony, which have far-reaching veto rights cemented by company bylaws.

“It is very disturbing to see the ongoing public infighting between the workers council and management,” Ellinghorst wrote, without being specific. “It is impossible to run a company when every controversial management decision is being undermined from within the organization.”