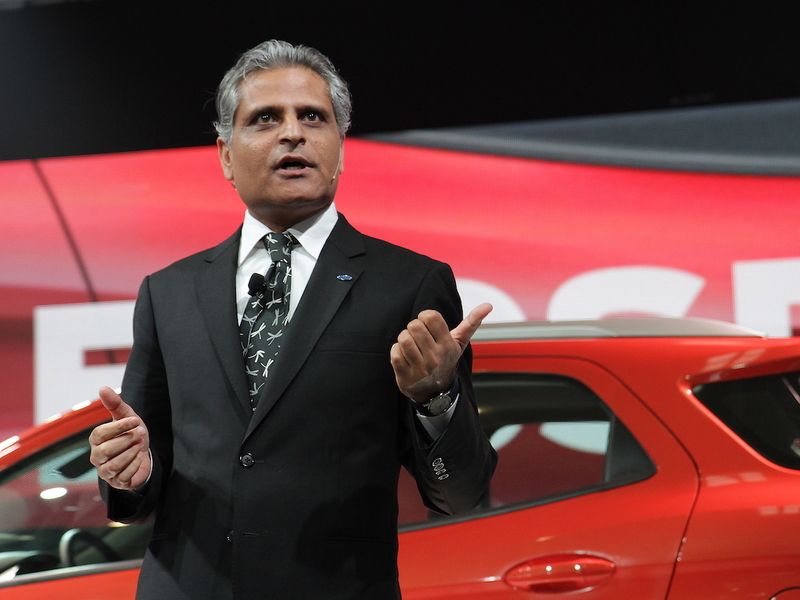 DETROIT — New Ford CEO Jim Farley wants to rein in rising warranty repair costs that are a key reason why the automaker’s financial performance in North America has lagged behind rival General Motors.

As part of its new effort to cut warranty costs, Ford has told suppliers it will charge them upfront for half the cost of a warranty problem. Suppliers might get some of the money back if they resolve problems more quickly.

“What we are striving for is to fix the issues as fast as possible so that those adjustments are as small as possible,” Kumar Galhotra, president of the automaker’s Americas and International Markets group, told Reuters. “They’re more incentivized to work with us.”

Ford North America’s COO Lisa Drake, who is responsible for quality and vehicle launches, said in the same interview supplier contracts have always allowed such debits.

“We were never doing it and frankly, it was probably one of the reasons that we became a bit more uncompetitive,” she said.

The move to charge parts makers upfront has some supplier executives worried.

“They push their suppliers so, so hard that it causes the supply base to be weak in the knees,” said one executive, who asked not to be identified.

But for Ford investors, action to shrink the U.S. automaker’s outlays for vehicle defects is overdue. Ford’s warranty costs for the first nine months of 2020 were more than $2 billion higher than those of GM.

Industry officials blame the automaker’s higher costs on the introduction of several major vehicle platforms and powertrains, as well as the fallout from the Takata airbag recall that has now also hit GM.

“Warranty recovery is increasingly seen as a revenue source” by the automakers, said Ann Marie Uetz, a Foley & Lardner attorney who works with auto suppliers. “Often times, it can feel like a bit of a grab.”

To attack internal quality problems, Ford has reconstituted teams that track the quality of inbound parts at its plants. These teams were previously disbanded as cost-cutting moves. Farley is pushing executives to resolve quality issues that linger beyond 30 days.

In 2012 and 2013, Ford’s warranty claims as a share of sales were below 2 percent every quarter, according to industry publication Warranty Week. But at the end of 2018, warranty costs topped 3 percent and hit 4.3 percent in the second quarter of this year as overall sales slid due to the coronavirus shutdown.

For the first nine months of 2020, Ford’s warranty costs totaled $3.87 billion, while GM’s were $1.68 billion, according to regulatory filings.

“It can be fixed,” Warranty Week editor Eric Arnum said of Ford. “They just have to make the effort.”

Ford investors are focused on the launches of the redesigned and lucrative F-150 pickup truck, and the new and highly anticipated Bronco SUV, but reducing what it spends on repairing vehicles at dealers could provide a big boost to the bottom line.

“We’re targeting a fully competitive level of warranty spend on coverages and that’s got lots of zeroes next to it,” Farley said on an Oct. 28 earnings conference call, citing a need to be “punitive” with suppliers who ship faulty parts.

Galhotra said Ford is applying lessons it learned from the mistakes made in last year’s costly introduction of the redesigned Ford Explorer SUV to keep its current launches on track.

Part of the quality push involves reducing the complexity of the automaker’s vehicles, Farley said.

For example, the proximity key for the F-150 truck unlocks all four doors, but Farley said consumers only use it for the front doors, meaning Ford can eliminate two sensors — a manufacturing cost savings and a potential reduction in warranty risk.

Ford also plans to use data gathered from vehicles to catch problems faster — in minutes rather than months in some cases — and fix them with over-the-air software updates, Farley has said.

Credit Suisse analyst Levy said investors are hopeful Farley can change things, but he will have to prove it.

“There was a track record already of Ford underperforming and I think this is a frustration for investors,” he said.

Tesla Owners ICE’d By RAM 1500 That ‘Identifies As A Prius’ Sipping Electrons At Supercharger
Want To Drive a Ford Bronco Sport Before Your Friends? Rent One on Turo
Stronger bottom lines despite 2020 sales dive
2021 Mitsubishi Outlander Sport
2021 Kia Rio