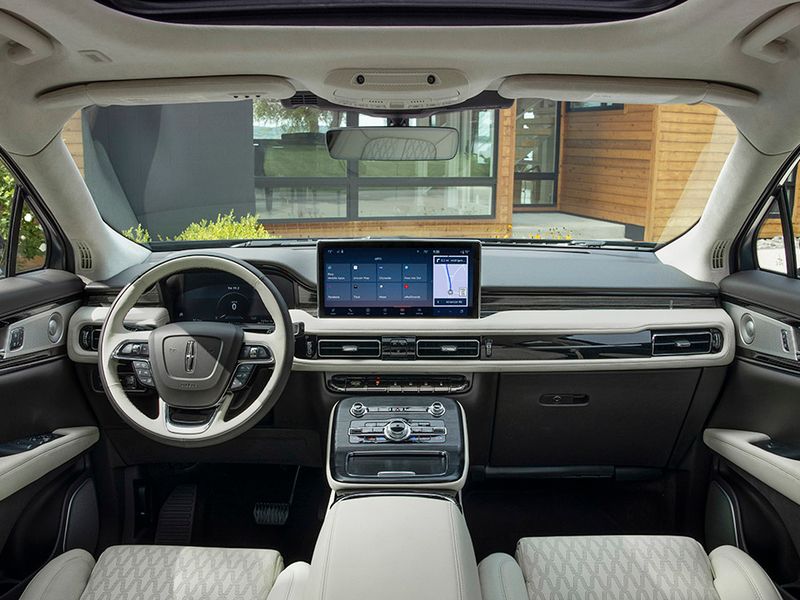 DETROIT — Lincoln is freshening its top-selling nameplate, the Nautilus midsize luxury crossover, with a new infotainment system, larger center screen and cosmetic tweaks in a bid to boost falling sales in a key segment.

The 2021 Nautilus, expected to hit showrooms early next year, will come standard with a new 13.2-inch, horizontally oriented center touch screen across all trims. It will be the first Lincoln with the automaker’s new Sync 4 infotainment system and will come in three new exterior colors.

The interior will feature a new design that officials say mirrors the “classic view of the horizon” and more closely resembles its newer siblings, the Aviator and Corsair. It also will adopt the “piano key” shifter, with buttons arranged horizontally below the touch screen, found on newer Lincolns.

“Nautilus plays a critical role in bringing new clients to the brand, especially those who are looking for the flexibility of a larger, midsize SUV and appreciate the luxurious features and design that set Lincoln apart,” Michael Sprague, Lincoln’s North America director, said in a statement. “The intent for the new Nautilus was refinement, rounding out our distinct lineup of SUVs — truly creating sanctuary.”

The exterior is largely unchanged, although the front end is slightly updated to better match the rest of the Lincoln lineup.

The freshening comes as sales for the crossover have dropped significantly, putting it in jeopardy of losing the title as the brand’s top-selling U.S. model. Nautilus sales in the U.S. fell 12 percent last month and are down 31 percent on the year.

“We do believe the changes to the Nautilus will definitely raise awareness for consumers,” Sprague said on a call with reporters.

“Over the last 18 months we’ve launched the Aviator and Corsair. Those vehicles have had tremendous success. And so, perhaps, maybe Nautilus kind of got lost in the middle between the two. In the spring, when we start to focus on Nautilus, we expect to see sales pick up.”

The Nautilus competes against vehicles such as the Cadillac XT5, Lexus RX, BMW X5 and Audi Q5. Lincoln says midsize crossovers represent 34 percent of the overall luxury market. Despite the fanfare for some of its newer products, executives say the Nautilus remains relevant.

“It’s really important to our lineup being in the heart of the busiest segment,” Joy Falotico, Lincoln’s president, told Automotive News. “Corsair is roughly 10 inches shorter and Aviator is roughly 10 inches bigger. It clearly has a space of its own for Lincoln. We’ll continue to keep it fresh.”

How long it might last remains to be seen. Automotive News Canada, a sibling publication of Automotive News, has reported that Ford planned to discontinue the Edge and Nautilus crossovers at the end of their current life cycle in 2023. The Canadian plant that builds them is slated to build electric vehicles instead.

While Ford is expected to introduce Edge and Nautilus-sized electric crossovers later this decade, it’s unclear whether they would retain the names.