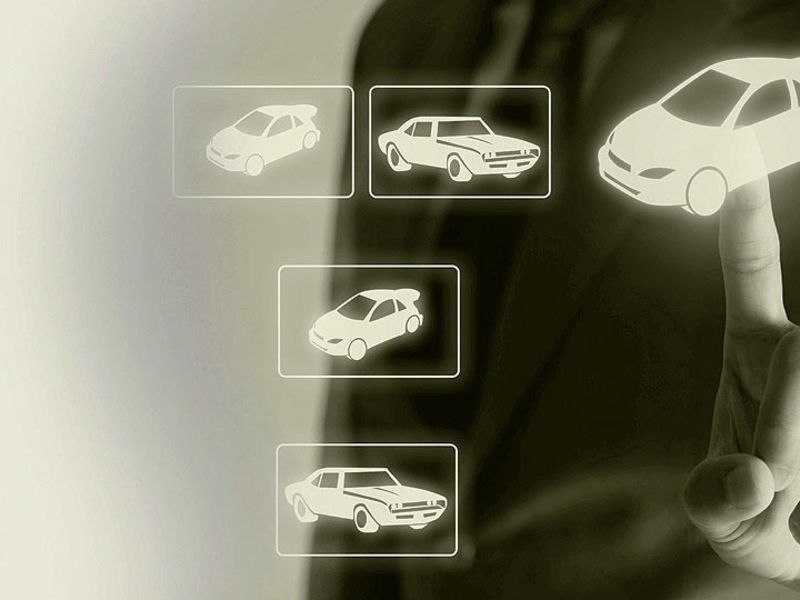 The latest online used-vehicle company preparing to go public has spotted the same trends its predecessors have: a highly fragmented market, relatively low e-commerce penetration and a consumer appetite for online shopping.

But CarLotz Inc., a consignment platform that expects to go public via a reverse merger this quarter, raising $321 million in cash, should be seen less as a merchant that buys low and sells high and more as a service that streamlines the used-vehicle selling process, its CEO told Automotive News. “We are consolidating all the middlemen into one middleman,” said Michael Bor, who co-founded the company.

While competitors deal with auctions, wholesalers, buyers and other parties, “We’re just collapsing all that” as a unified platform, he said.

Initially, CarLotz was meant to be an online platform that would help consumers sell their cars and trucks in a hassle-free way.

Bor, a former investment banker, got the idea for the company when he was driving in his native Virginia down a busy road lined with private parties’ vehicles bearing “for sale” signs.

CarLotz still sells vehicles for consumers, but now the bulk of its business — and the fastest-growing part — is sales it brokers on behalf of corporate partners such as fleet management companies, leasing companies, banks, credit unions, dealers, automakers and others.

“Anybody who otherwise would sell a car in an auction is either a client of ours or a prospective client,” Bor said.

About 60 percent of CarLotz’s inventory comes from corporate partners, some 15 percent from consumer sellers and another 15 percent are vehicles the company acquires “noncompetitively,” Bor said. Less than 10 percent of the company’s vehicles are sourced from auctions.

That said, CarLotz does not have a frosty relationship with auction giants Manheim and ADESA, according to Bor. In fact, ADESA parent KAR Global is listed as a shareholder in documents filed with the U.S. Securities and Exchange Commission, although the size of its stake so far has not been disclosed. Bor said he did not know KAR’s share offhand.

A KAR spokesman confirmed that the company is a minority shareholder but declined to give an investment amount.

At any rate, CarLotz is still a relatively small player in what it sees as an $841 billion used-vehicle market. It has eight hubs in Virginia — its home base — North Carolina, Florida, Illinois and Texas. After going public, the company plans to expand with three or four additional hubs per quarter.

CarLotz has decided to go public via a reverse merger with Acamar Partners Acquisition Corp., a special-purpose acquisition company, or SPAC. It’s the same method Shift Technologies used to go public on Oct. 15.

Bor said that even a few months ago, he was not necessarily familiar with SPACs. After speaking with some banks, he decided to go forward with the process, calling it efficient and transparent. It also allows the company to raise more capital than a traditional initial public offering would, he said.

Like most auto retailers, CarLotz saw solid performance in January and February and was gearing up for what was going to be its best quarter in company history. Then the coronavirus pandemic hit in March and created two separate situations for the company — one for sales and another for sourcing.

On the sales side, there was a dramatic drop in March and April, followed by a swift rise in May and throughout the summer. On the sourcing side, it was a longer-term disruption, Bor said. With assembly plants shut down and moratoriums on vehicle repossessions, “it muddled the supply chain quite a bit.”

Many of CarLotz’s clients weren’t getting new inventory to swap out with the old, and the company’s inventory dropped more than 40 percent from March until September. All the while, there was a backlog of inventory forming that needed to get sold, Bor said. In September, CarLotz was expecting to get some of that built-up inventory, but not as much as it did. It now has a record 2,000 vehicles to sell vs. pre-pandemic levels of about 1,300.

In investor documents, CarLotz put the e-commerce penetration in auto retail at just 1 percent, compared with 9 percent for groceries, 27 percent for appliances and 32 percent for apparel. And with used vehicles, Bor sees a long runway. Even in difficult economic times, people still need cars, Bor reasons, noting that in hard-hit years such as 2001 and 2008 sales stayed well above 30 million vehicles.

“So as long as the volume is there, we’re good,” he said. “And the volume seems to always be there in this market.”