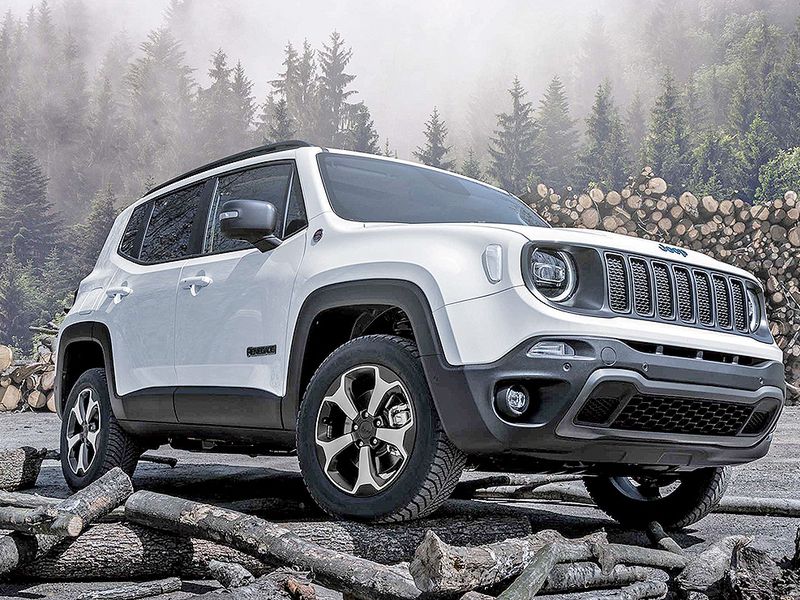 TOKYO — Jeep’s drive to roll out battery-powered vehicles globally is counting on an assist from one of the world’s most electrified markets: Japan, where hybrid penetration is 30 percent.

The U.S. off-road specialist is banking on the arrival of the Renegade 4xe — a plug-in hybrid version of the compact crossover — to help muster a sales gain here this year, despite the pandemic.

The Renegade 4xe, Jeep’s first electrified offering in Japan, goes on sale next month. Parent company FCA Japan expects to sell 4,000 Renegades here next year, with between 10 and 20 percent coming from the 4xe.

That overall volume may not sound overwhelming compared with North American Jeep sales, but the hybrid Jeep’s arrival taps into growing Japanese interest in both the brand and electrified vehicles in general, especially hybrids.

“We understand we need to be present with electrified vehicles,” FCA Japan CEO Pontus Häggström said. “Japanese consumers are keen on technology. This is the latest technology the group has.”

The Renegade 4xe is part of Jeep’s effort to meet stricter emissions regulations in Europe and China.

Jeep says all of its models will offer some form of electrification by 2022. Aside from the Renegade 4xe, the brand also is planning to electrify the Compass and Wrangler. While the Renegade plug-in isn’t offered in the U.S. yet, it went on sale in Europe over the summer.

Jeep is the rare American brand that resonates in Japan, the world’s No. 3 auto market. Before COVID-19 hit in the spring, Jeep was expecting its seventh straight year of growth here.

Because of the pandemic, Jeep’s sales through September were instead down 8.6 percent. But that performance was not as bad as most of its import competitors. The overall import market was down 18 percent for the period.

Now, despite the downturn, Jeep can still eke out another annual increase, thanks to a late-year surge, Häggström predicted.

FCA Japan’s share of Japan’s import market rose every month of the year, and it should finish 2020 above 9 percent for the first time, Häggström said. September was FCA Japan’s second-best sales month ever for the four brands sold here — Jeep, Fiat, Alfa Romeo and Abarth.

“The collective health of our brands here in Japan is really strong,” he said.

Jeep will gradually introduce more electrified offerings in Japan. Häggström didn’t say which electrified Jeep will be next, but a full-electric Fiat 500 is set to arrive next year.