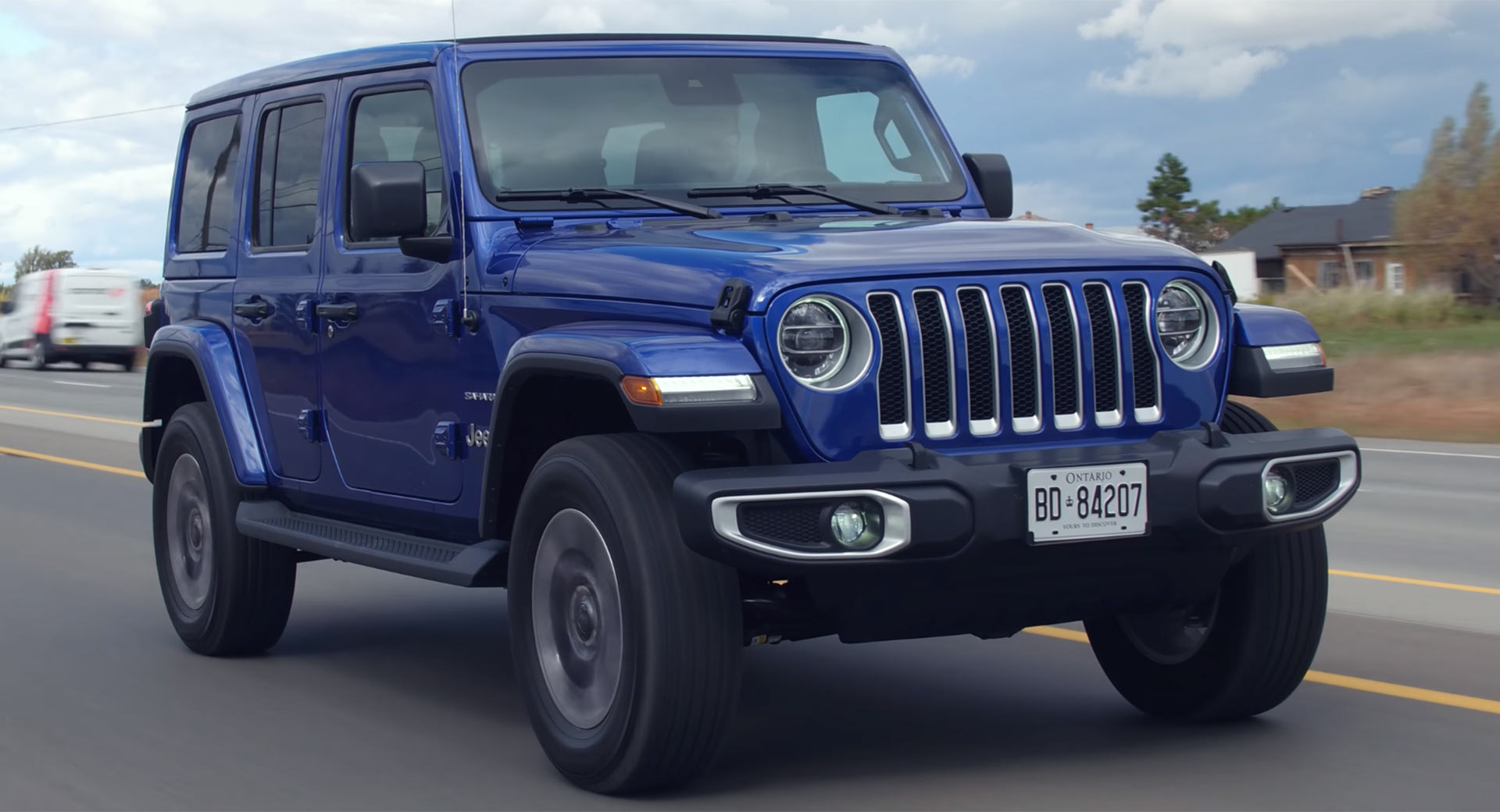 The Jeep Wrangler EcoDiesel launched to quite a lot of fanfare last year but is it actually worth the premium over the petrol 3.6-liter V6 and 2.0-liter turbo models?

Slotted beneath the hood of the Wrangler EcoDiesel is a 3.0-liter engine rated at 260 hp and 442 lb-ft (599 Nm) of torque. This torque figure is the highest of any Wrangler model, a feat that’s not to be overlooked. Paired to the engine is a TorqueFlite 8HP75 eight-speed automatic transmission.

Impressive horsepower and torque isn’t the only thing the Wrangler EcoDiesel has going for it. On the highway, the off-roader returns 29 mpg while in the city it is rated at 22 mpg. Over the combined cycle, this averages out to 25 mpg. That’s slightly better than the 2.0-liter turbo-four Wrangler that returns 25 mpg highway, 23 mpg city, and 24 mpg combined.

However, the Wrangler EcoDiesel isn’t perfect and is more than 400 lbs (181 kg) heavier than an equivalent Wrangler with the 3.6-liter Pentastar V6 and an automatic transmission.

To see what the off-roader is all about, The Straight Pipes jumped behind the wheel for a test on the road but unfortunately, they didn’t test it out along any off-road trails. Nevertheless, they do comment on how nice it is to feel the Wrangler’s massive wave of torque as you hit the throttle. The example tested was also equipped with the folding soft-top which is much more convenient to use than the removable hardtop that comes standard.