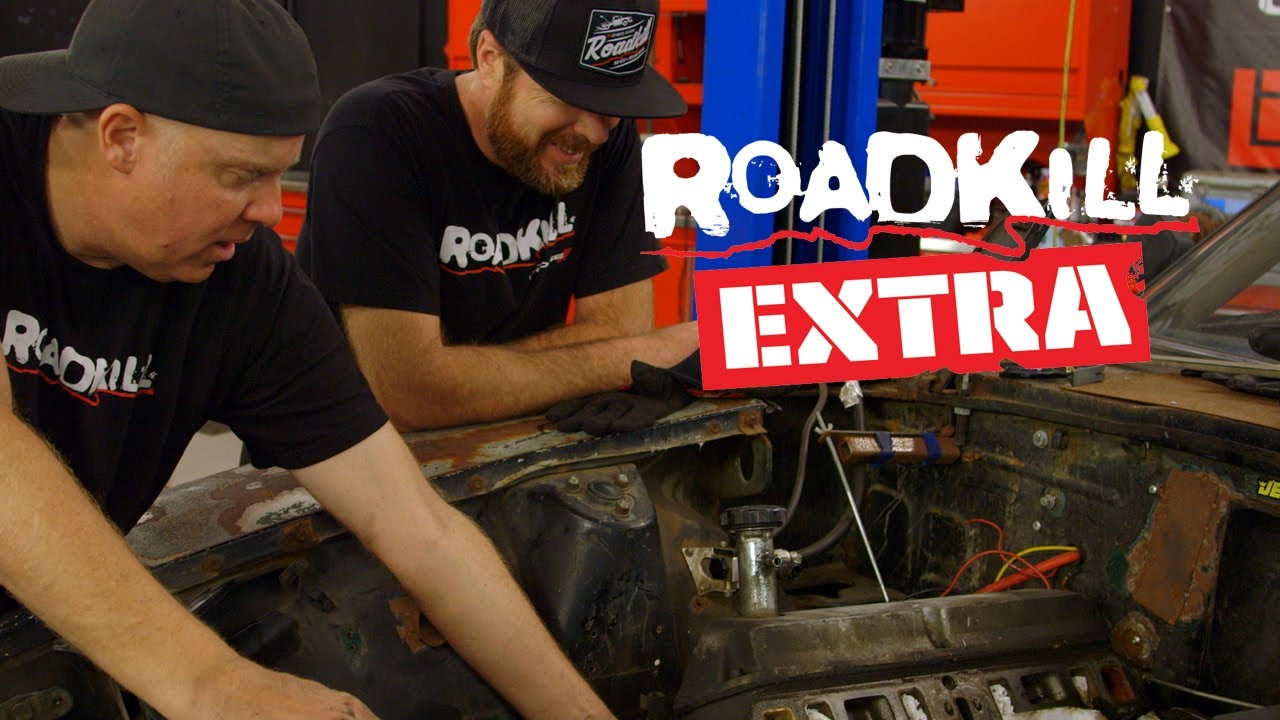 Videos
Share on Facebook
Share on Twitter
Share on Pinterest
Share on LinkedIn
Roadkill episode 64 featured the revival of the Rotsun, the 1971 Datsun 240Z that had a turbo V6 before it was stepped up with a rippin’ turbo Ford 5.0. Hosts Freiburger and Finnegan had a lot of fun building and thrashing the car, and in this Roadkill Extra you’ll see a bunch of laughs and fumbles that didn’t make it into the final episode of the show.

We’ve provided this free episode on YouTube to give you a taste of Roadkill Extra so you can decide if you’d like to subscribe for more episodes.

As you watch, cruise over to Facebook.com/RoadkillShow, follow us, and watch for future posts asking for your questions to be answered on the Q&A sessions that are posted every Friday on Roadkill Extra Powered by Dodge.