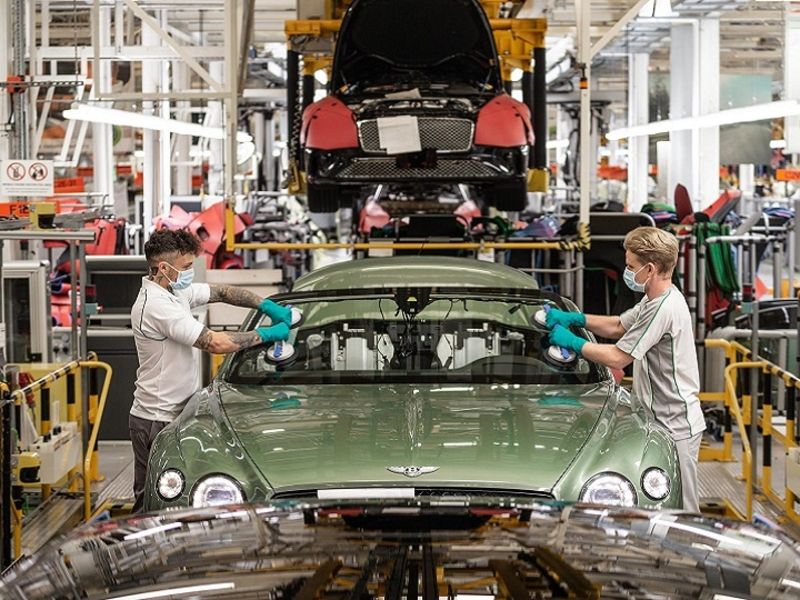 Failure to strike a Brexit trade deal with the EU would be “extremely damaging” and cut profits by up to a quarter at Bentley, CEO Adrian Hallmark told Reuters, as the government urges companies to plan for potential disruption.

Britain said on Monday there was still no basis for talks with Brussels to resume, just over two months before free and unfettered trade is due to end, leading to possible tariffs, customs checks and long delays for imports and exports.

The Volkswagen Group-owned ultraluxury brand has spent millions to prepare, including stockpiling, switching ports and a provisional air freight contract, but warned on failure to find an agreement.

“It would be extremely damaging,” Hallmark told Reuters on Tuesday.

“If you took the duties on components, 45 percent of the bits we buy in, and the 10 percent tariff on cars, worst-case scenario, it would take out a significant percentage of our profits,” he said. “(It) would probably cost us 20 percent to 25 percent.”

After a 288 million euro operating loss in 2018, the brand returned to the black in 2019 with a 65-million-euro profit following a turnaround plan with record sales of 11,006 vehicles.

Disruption between Britain, the world’s sixth-biggest economy, and the EU, the largest trading bloc, would come on top of the hit caused by COVID-19, which prompted Bentley to stop production between mid-March and early May.

Output has neared full capacity since mid-September, as distancing measures in the factory are enforced, and the brand has seen a strong bounce back in major markets such as China.

“In August, September, October, we’ve been running at about 20-25 percent above the pre-crisis planned level of orders … in China,” said Hallmark.

There have been smaller increases in Europe and the U.S. and flat levels in Britain, South Asia and the Middle East.

“They didn’t close China down,” he said. “The coronavirus didn’t suppress economic activity anywhere near as much as we put the brakes on, and the fundamentals have been strong.”

2022 Jeep Grand Cherokee: Everything We Know About the Upcoming Mid-Size SUV
Quick Charge Podcast: November 21, 2020
Jeep fans get their wish with V-8 Wrangler
With QX55, Infiniti back in segment it pioneered
2021 Genesis GV80 First Test Review: Cool, Not Hot