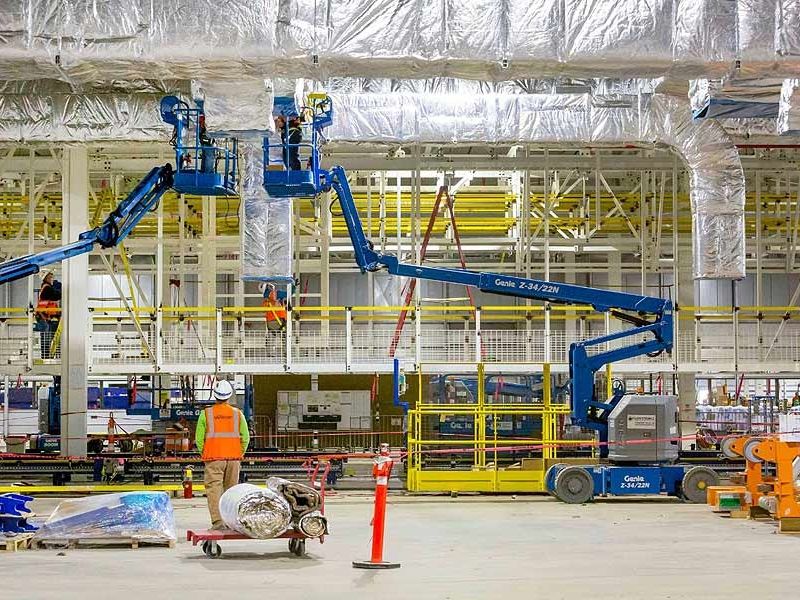 DETROIT– General Motors’ Detroit-Hamtramck assembly plant in Michigan is getting a new name — Factory Zero — marking a commitment to an all-electric, zero-emissions lineup.

“Roughly 100 years ago, we started [Factory One’s] transformation from horse and buggies to automobiles, powertrains and engines,” he said. “Factory Zero represents that for us today, hopefully for another hundred years of where we’re going.”

GM said last year it would invest $2.2 billion to ready the factory for EV production. The investment is the largest in GM’s history, the automaker said. When the plant is fully operational, GM says it will create more than 2,200 manufacturing jobs at full production capacity. The plant can build 270,000 vehicles per year, GM said, but the automaker will set production targets based on EV demand.

“Factory ZERO is the next battleground in the EV race and will be GM’s flagship assembly plant in our journey to an all-electric future,” Johnson said in a statement Friday. “The electric trucks and SUVs that will be built here will help transform GM and the automotive industry.”

Both the Hummer and Origin will be powered by GM’s proprietary Ultium battery, developed with LG Chem and to be built in Ohio.

GM will begin building the Hummer pickup, which will be revealed next week, in fall 2021. Orders for the Hummer will be opened next week.

GM has not said when production of the Origin will begin, but at least one forecaster expects output to begin in late 2022.

Factory Zero is expected to build at least three more EVs in the next few years: a Hummer SUV, another pickup and a large SUV.

GM’s Orion Assembly, about 30 miles northwest of Factory Zero, builds the Chevrolet Bolt EV and is slated to build a utility variant of the Bolt. Forecasters say GM will likely build the Cadillac Lyriq, an electric midsize crossover, at Orion.

GM plans to invest $20 billion in EV and autonomous vehicle programs through 2025 and launch 20 EVs globally by 2023.

In October, GM designated D-Ham, once targeted for closure, the center of its EV push. The company aimed to close four U.S. plants last fall, but D-Ham was the only plant that remained open under the 2019 UAW labor agreement. Three plants— Lordstown Assembly in Ohio, Baltimore Operations in Maryland and Warren Transmission in Michigan — closed permanently.

D-Ham, which opened in 1985, most recently built the Chevrolet Impala and Cadillac CT6 sedans. Production of both models ended early this year. GM closed the plant in March for retooling, resulting in the temporary loss of more than 800 jobs, the automaker said in a filing with the state of Michigan in December. The plant’s 753 UAW-represented hourly workers were offered transfers, likely to locations in Michigan and Ohio, GM said in a statement at the time.

Workers who previously worked at D-Ham will have an opportunity to return to Factory Zero, said Mike Plater, chairman of UAW Local 22 representing the factory’s union workers.

During the plant’s retooling, GM repurposed concrete waste to create temporary roadways and recycled stormwater to reduce discharge costs and offset the cost of potable water, the automaker said Friday. GM will use the treated stormwater in cooling towers and fire suppression systems. The site includes a 16.5-acre wildlife habitat for species such as monarch butterflies, foxes and turkeys, GM said.